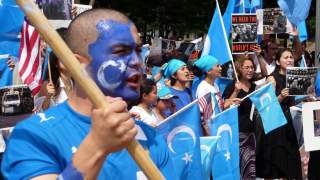 At the same time, leaders are implementing a number of new programs that enable authorities to verify the identities and track the digital footprint of individuals online. For example, a pilot program for a new e-identification system is touted as a means of safeguarding the “privacy and safety” of netizens “using social media or e-commerce platforms.” The government is concurrently constructing a “social credit system”—dependent on an individual’s digital footprint and other variables—that assigns a score to each netizen based on her fidelity to “socialist values” such as “patriotism and hard work.” Criticizing the Chinese Communist Party may lead to low marks, thus potentially jeopardizing its ability to procure employment or bank loans. Authorities are also developing a national population database linked to personal identification information as well as credit records. Within the context of the government’s promise to “improve social management” and strengthen social stability, one must ask how the Public Security Bureau and other agencies plan to make use of such digital repositories of citizen information.

A growing prevalence of patrols

Street patrols—conducted either by foot or by PAP armed patrol cars—are already a common sight in Xinjiang. However, Chinese authorities are increasingly using them elsewhere, both as a surveillance tool as well as a “psychological deterrent to terrorists.” Beijing has also permitted ordinary police officers to carry firearms, lifting a nationwide ban following the Kunming terrorist attack.

In some cases, these patrols are temporary measures designed to address sensitive events or anniversaries. Beijing launched a stability maintenance campaign dubbed “peace action” in late June, aimed at providing heightened security during Ramadan, the anniversary of the Urumqi riots, the 2015 Beijing World Championships in Athletics and the 70th anniversary of the end of World War II. The Beijing Public Security Bureau announced on its Weibo microblog that patrol officers, traffic officers, armed police and assistance police will patrol streets, the subway and other venues in heavily populated areas. They will monitor and place strict additional controls on knives, express deliveries, used goods markets, gas stations and low-flying small aircraft.

In other cases, authorities launch patrols in response to specific incidents or as a general precaution against potential terror threats. The Beijing Public Security Bureau has deployed 150 armored patrol cars onto the capital streets in response to the 2014 Urumqi market bombing. Each vehicle contains nine police and four assistant police, which appears consistent with the number of individuals riding in armored patrol vehicles in Xinjiang. Officials asserted that first responders could arrive on the scene within three minutes of a reported emergency. Following the 2014 Kunming terrorist attack, the Hainan Public Security Bureau “immediately moved to enhance its counterterrorism work by increasing armed patrols, inspecting and buttressing potentially vulnerable targets, and striking hard against terrorist threats.” Authorities deployed hundreds of PAP to patrol local train stations, public squares, tourist spots, downtown areas and other crowded places.

Public security officials also rely on volunteers to assist patrol teams. People’s Public Security University of China Counterterrorism Research Director Mei Jianming stated that average citizens can play an important part in combating terrorism. “The key to defeating terrorists lies in early warnings, which require the public to contribute intelligence.” Dubbed “the people’s army,” members of these civilian patrols may receive money to keep watch over their neighborhoods and report suspicious activities to the police. In Urumqi, even Uyghur children are encouraged to take on light community policing responsibilities. As part of a national campaign, local police nationwide can also provide monetary rewards for tips on separatist, extremist or terrorist activity.

The 2008-2009 ethnoreligious unrest in Tibet and particularly in Xinjiang dramatically shaped China’s security landscape. CCP Chairmen Hu Jintao and Xi Jinping have subsequently implemented directives, regulations and laws that have not only contributed to the growing militarization of policing, but also serve to suffocate intellectuals and civil society actors, suppress civil liberties and curtail religious freedoms, all under the pretext of “striking hard against terror” and strengthening China’s system of “rule according to the law.” Since the conclusion of the Fourth Plenum, Beijing has already promulgated a revised national security law, is deliberating a new counterterrorism law and is also considering draft legislation regarding the management of foreign NGOs. Legal scholar Jerome Cohen argues that these new laws act to strengthen the central leadership’s control “over the unruly lower levels of government and all the distorting influences that impact local court decision-making. Xi has intensified the uses of legislation and judicial practice as instruments of party ideology and policy in order to impose a more repressive regime than China has witnessed since the June 4 era.”

The specters of ethnic separatism, religious extremism and violent terrorism have fundamentally altered the Chinese Communist Party’s threat perception. In a quixotic quest to maintain security and stability in the western borderlands, authorities have placed draconian restrictions on the traditional cultural, religious and linguistic practices of ethnoreligious minority groups. Calls for greater autonomy in the management of local affairs are far-too-often deemed subversive and a threat to the state. Such counterproductive measures exacerbate tensions and ultimately make China less secure. Rather than mitigating the sources of discontent and unrest, Beijing’s hardline policies and laws deny locals adequate agency within the policy-making process and paradoxically expand the potential scope and scale of terrorist threats across the country. Fearing that an attack could occur anywhere at any time, the central leadership has responded by cracking down hard on dissent while strengthening the role of armed police in Chinese society. As Chairman Xi Jinping consolidates his power and strengthens “social management” policies nationwide, the central leadership will continue to gradually expand the use of security tools and tactics first tested in the XUAR and/or Tibetan areas.

“The defects of the current weiwen [stability maintenance] system are no secret,” remarks political scientist Xi Chen. Ascribing the current weiwen challenges to “institutional weakness,” he argues that while the stability maintenance system is capable of managing short-term challenges effectively, it has created grave long-term problems for the regime. The chagrined judges and police officers to whom he spoke in Hunan and Hubei offered a far blunter assessment: “The more weiwen, the more instability.”

Although the Xi Jinping administration has sought to transform Xinjiang, Xinjiang has already begun to transform China instead. If the Party-State fails to address the deleterious consequences of its policies in the XUAR, then the security situation will undoubtedly continue to deteriorate, not simply in western borderlands, but throughout the People’s Republic of China.