Huawei Is the Doorway to China's Police State 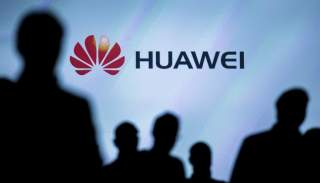 The arrest of Huawei Chief Financial Officer Meng Wanzhou was apparently a long time coming. U.S. investigators began looking into Huawei’s dealings when Iran’s once Chinese-backed ZTE was identified as a sanctions-breaker. U.S. prosecutors now appear to have substantial evidence of the Chinese Communist Party’s state-backed mobile and technology company’s violations of the sanctions regime against Iran.

The arrest and call for extradition spotlights just how concerned the free world should be about Huawei. The stakes are high, as the company is positioned to be the dominant player in 5G mobile networks. If Huawei wins this competition against U.S. companies, much of the world’s data will pass through the mobile networks of a CCP-backed company that does business with the world’s most troubling regimes. Huawei is also the critical player in CCP General-Secretary Xi Jinping’s bid to establish a high-tech police state and to leapfrog the United States in critical technologies that will enable a host of military capabilities.

The CCP is already collecting enough data from Chinese citizens who use mobile networks, search engines, and online purchasing systems to establish a “Social Credit System.” To say that this system is Orwellian is an understatement. Even George Orwell could not have imagined the new technology of totalitarianism.

The Chinese government plan is to have a database on Chinese citizens’ consumer preferences, personal activities, and habits to give each one a “score” based on loyalty to the party and other behaviors deemed by party leaders to make for good citizens. This score will determine if Chinese citizens are accepted to colleges, can get good jobs, buy a house, and so much more. It is nothing less than an attempt to perfect the world’s first ever high-tech police state.

Huawei will continue to play a big role in the creation of this system. But Huawei is an international company with high ambitions. An almost unimaginable amount of global data will flow through the next generation of mobile technology. This is partly the reason why 5G and artificial intelligence are so closely related: the companies with the most access to data will be able to train the best AI systems.

Thus, this CCP-backed company is poised to determine the future of how people use everything, from transportation to health care. If it wins the global race to become the dominant player in mobile technology, then the rest of the world could lose control over the use and integrity of data to the CCP colossus. Regardless of Huawei’s protestations that it is a private company, Chinese laws require companies doing business in China to share data that the party deems necessary for national security. And, notwithstanding the passage of strict data laws in places like Europe, there will no way to guarantee the integrity and use of data if it flows through a CCP-made 5G system. The CCP may not own Huawei, but it is benefitting from the massive amounts of 5G and AI related research and development, the abuse of Chinese patenting and anti-monopoly laws that put competitors at a disadvantage, the absence of ethical restrictions in China, and the use of AI technologies.

Thus, the recent arrest reveals just one element of Huawei breaking of international laws and practices. And, the Chinese Communist Party’s attempt to browbeat Canada to break its own laws shows how close Huawei and the party really are. If Beijing succeeds in its years-long plan for Huawei to become the dominant player the mobile industry, then it will be China—not the West—setting the ‘rules of the road’ for the next generation of technology.  Given Huawei’s record, this is a truly troublesome future to consider.

Dan Blumenthal is the director of Asian Studies at AEI. He consults with U.S. technologies companies as well.