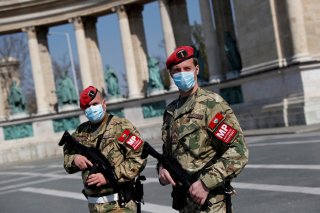 According to a phrase based on Aphorisms by Hippocrates, the ancient Greek founder of medicine, desperate times call for desperate measures. The current coronavirus situation is forcing governments across the globe to meet serious challenges and to accept difficult measures to combat them. Special constitutional legal orders, such as state emergencies, were invented by legal scholars, especially for such circumstances. Still, we see a heavy backlash building against governments, especially conservative ones, for adopting these measures. As before, the fiercest such attacks are directed against the Hungarian government. Two telling examples can be seen in an article published by The Atlantic in March, which was written by its staff writer, Anne Applebaum, and in a CNN interview with Hungary’s Foreign Minister Péter Szijjártó. Both efforts to cover Hungary’s response to the coronavirus are based on serious misinterpretations and outright “fake news” about the Hungarian legislation.

Argument by repetition is a common phenomenon in the modern world. Sometimes repetition is a useful approach (in the case of mass production for example, or advertising), but sometimes it just imprisons us in a groove. That’s the case when it’s employed in creative intellectual criticism. And it's why criticisms of the state of Hungarian Democracy or of the Hungarian Government are usually shallow: they depend on repeating the same point when the topic changes. That was the case when the Hungarian Fundamental Law—also known as the Constitution—was accepted in 2011 and also when the Hungarian government applied extraordinary economic measures, later given the nickname of Unorthodox Economic Policy. (We don’t hear much about that since the Hungarian economy has become one of the best performers of the European Union). And we can all remember how loud the charge of the death of Hungarian democracy was when Hungary closed its borders during the migration crisis of 2015. (Today, every European border is closed but we’re not mourning the death of European democracy.) And so ad infinitum goes on the list of unfounded criticisms. All in all, these lamentations over the introduction of a dictatorship in Hungary have become strained; the arguments have lost their only value, namely their shock value; and the phrase “end of democracy” used by these critics has slowly lost its force. All through repetition without evidence and indeed against evidence.

But the emergency measures introduced by Hungary on March 30 to protect people against the coronavirus pandemic have triggered the old attacks. The law which proclaims measures to deal with the “state of danger” (i.e., the pandemic) was followed by harsh criticism from opposition parties and from some international critics, making such claims as that democracy had ended that day and Hungary had finally succumbed to autocracy. Nothing new, one could say. But it’s worth lingering over these charges, even if they contain nothing new.

The emergency power that was announced now in Hungary is called a “state of danger.” It is a specialized emergency power designed especially to deal with natural or industrial disasters. A pandemic like the coronavirus clearly falls into the category of natural disasters, which is why the “state of danger” was used in preference to one of the other five provisions for emergency powers. The fundamental differences between these six sets of emergency powers are meant to guarantee that their use will not lead to dictatorship or autocracy. Let’s review some of these important guarantees:

These guarantees should be sufficient to convince any fair-minded person that Hungary is not becoming a dictatorship. The measures taken reflect the difficulties of protecting people from the coronavirus epidemic using peacetime rules. Countries all across the globe are using such powers to protect their citizens from the coronavirus epidemic. And similar or even harsher measures have been introduced by all the member states of the European Union.  Yet it is only Hungary that is accused by opposition parties, left-wing NGOs, the international media, and—I must reluctantly add—some on the Right who use the Left’s arguments on the state of emergency to weaken Hungary from quite different motives related to policy disputes within the EU where Hungary has embarrassed them.

So, those who are worried about the Hungarian government’s emergency measures should look more closely at other European states before repeating the Left’s catechism of Hungarian sins. Almost all EU member states have taken some unprecedented steps to empower caretaker governments and to introduce drastic curfews. In many countries, however, emergency measures can be introduced much more easily and without a single sign of any virus. Some countries have the very same rules for emergency powers such as Hungary while others have no time limit on these powers or have imposed even harsher measures—especially on curfews—than Hungary. Still, and interestingly, we hear no criticism of these countries. Don’t mistake me. I believe that most of the emergency measures introduced by other European countries are completely justified by the need to contain and eradicate the epidemic. My only intention here is to point out the double standards used against Hungary.

An even larger problem is that many of these claims against Hungary are based on misinterpretation or even outright falsehoods. A telling example is that several western politicians, reporters, academics, and intellectuals have been claiming that the Hungarian National Assembly and the Constitutional Court are in recess during the state of danger. As mentioned earlier, perhaps the most recent example of this fake news being repeated was the CNN interview with Hungary’s foreign minister. There is conclusive, photographic evidence that these statements are simply untrue! 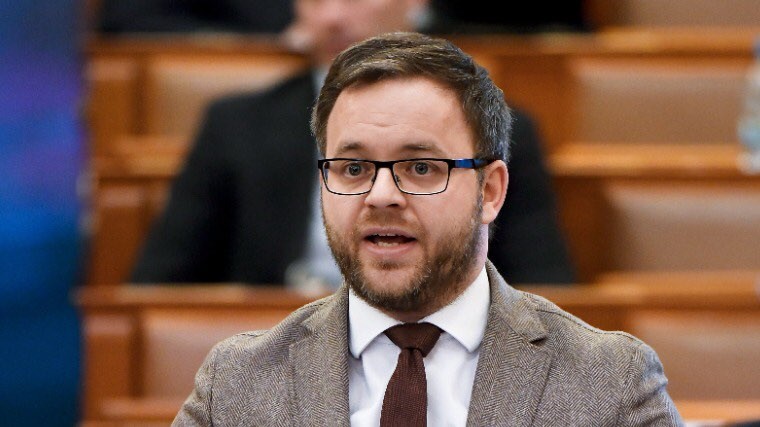 Balázs Orbán during a session of the Hungarian National Assembly on April 6, 2020. Source: MTI/ Szilárd Koszticsák

It is also quite telling that, to date, Central and Eastern European states are doing a better job of controlling the disease than Western European states. Both the number of cases and the overall death toll is much higher in Western Europe than in the Visegrad countries and further North, East, and South of here. One example: in the small state of Luxemburg, which has a population of about six hundred thousand, people there are more than three thousand cases of infection. Meanwhile, in Hungary, which has a population of almost ten million the overall number of cases is still only about fifteen hundred.

In these desperate times solidarity between countries should be more crucial than ever. Yet all we hear is criticism and baseless accusations from West European states and the European Union. One can understand the frustration that is driving the criticisms of liberal elites. “Once again” the Hungarian government has been shown to be right in its criticisms. International organizations are failing to respond adequately to the virus, and international cooperation so far has proved negligible, it would seem—not wholly unexpectedly—that nation-states can effectively handle this latest kind of crisis better, both individually and through cooperation. So their perfectly-constructed but sadly unrealistic worldview is falling apart “once again.”