Hyperloop Projects May Be Uniquely Vulnerable to Terrorism 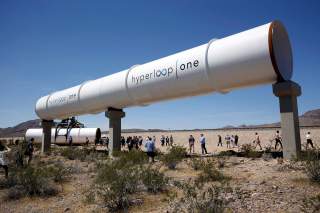 “It would take just one person on the inside to be able to open up a vulnerability. Terrorists are quietly infiltrating whole countries right now and all we can do now is react once they decide to strike. If we actively deny them entry, this can’t happen,” cautioned Chris Sajnog. “The question is, do the builders understand the importance of putting in the hard work now, so they can avoid living in constant reaction once it’s built?”

David Pring-Mill is a writer and filmmaker. His nonfiction writing has appeared in The Los Angeles Times, openDemocracy, Independent Voter Network and many other publications.