I Interviewed the War-Weary Residents of Mosul. The Fight for the City Is Far from Over. 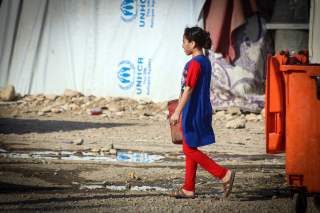 “I’m afraid the defeat of Daesh [ISIS] is only the start of a new phase. I am very proud of Iraq’s diversity but my fear is that we may see a genocide of some ethnic or sectarian groups,” he told the Guardian during an interview at his home in Najaf. How Baghdad’s Shia-dominated government chooses to rule Mosul in the coming weeks and months will go a long way towards determining whether such genocides occur or not.

Hossam al-Ayyar, a member of the Ninevah Provincial Council (which includes Mosul), said the reconstruction and governance plan “includes cultural and religious programs adopted by mosques, schools and churches to consolidate the values of coexistence and moderation, promote shared living and the culture of peace and freedom of belief and the respect of the rights of others.” If he is true to his word, it will be at least possible for Mosul to return to relative stability.

Many Sunni leaders, I am told, remain unconvinced by such talk and want to see concrete actions taken. Perhaps the mood of Mosul’s residents was best captured by thirty-five-year-old Nadia Ali Asher, whom I interviewed on last Thursday in Camp Baharka.

When ISIS rolled into Mosul in 2014, she immediately fled with her four young children. She became separated from her husband during the chaos and to this day still doesn’t know what became of him. I asked her what she hoped for the future for her children.

The sudden change in her demeanor as she answered struck me. Her face conveyed an odd mixture of discouragement, anger and desperation. It was clear she desperately wanted to believe in a positive future for her children, but could only say “we don’t really have any hope. We just want a chance to live a normal life.” For her sake and the hundreds of thousands of others who will later return to Mosul, I hope al-Ayyar is true to his word.