I Just Visited North Korea: Here Is What the World Needs to Know 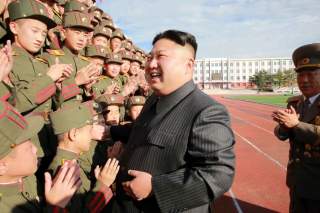 We also dropped by shopping centers, where products from across the world were available. The people in Pyongyang, meanwhile, seemed dressed beyond our stereotypes of Soviet-style uniformity, with many carrying fashionable bags and coats, with colorful sartorial taste.

In recent years, the regime has introduced nascent elements of capitalism, including the introduction of quasi-private businesses, particularly restaurants and shopping centers. In rural areas, there is also experimentation with a North Korean version of household-responsibility system, whereby farmers can keep some of their surplus production in designated collective farms.

The upshot is the emergence of a parallel market economy, which has raised productivity even under most difficult conditions. What stands between the country’s current predicament and an economic miracle is a final peace agreement. Such an agreement would ensure the regime’s survival in exchange for a less confrontational foreign policy, which, at some point in the future, may include complete denuclearization.

Yet, given the deep history of mutual-enmity among the protagonists as well as the world’s concerns over North Korea’s true intentions, achieving a permanent peace regime in the Korean Peninsula will be an uphill battle. There is no room for complacency.