If America Could Rebuild the U.S. Navy from Scratch... 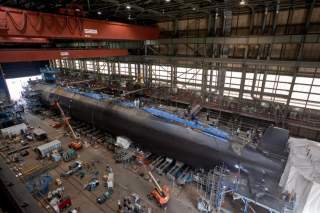