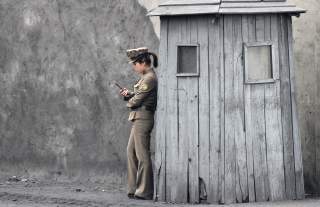 The 2015 Joint Comprehensive Plan of Action (JCPOA) was intended to forestall the Iranian regime’s development of nuclear weapons. Last October, President Trump decertified the deal, citing Iran’s failure to give international inspectors unfettered access to its nuclear and military facilities, its continued effort to acquired banned nuclear and missile technology, and other breaches of the agreement.

But Trump’s decision to decertify Iran’s compliance with the deal did not end U.S. participation in the framework. In the coming months, he will have to decide whether to continue American support of the deal or to withdraw from the framework altogether.

The better bet right now might to be stay within the JCPOA. But if the president decides to walk away, he shouldn’t be faulted. The important thing is that—stay or go—this administration is focused on the right policy: diminishing Tehran’s destabilizing influence in the region and leading the struggle against further proliferation by dangerous regimes.

Those of us who criticized the deal had two fundamental concerns from the start. First, we did not believe it provided adequate guarantees that Iran would not become a breakout nuclear state anyway. Second, we doubted the Obama administration’s assertion that, through its participation in JCPOA, Iran would normalize and become a more responsible state.

The first objection remains unchanged. In particular, Iran’s ballistic-missile program continues to be a dangerous problem. What is the purpose of building a robust, long-range ballistic missile force other than to retain the option of one day arming them with nuclear weapons? Further, there are constant claims of Iranian cheating—buttressing the initial doubts that the agreement’s safeguards against cheating are inadequate.

Iran’s actions since signing the agreement have fully validated the correctness of the second objection. Tehran did not get better. The regime used the cash bonanza it received from the deal to enrich its corrupt elite, tighten its grip over the Iranian people, and conduct an aggressive, deadly and destabilizing foreign policy in the region.

It stoked the civil war in Syria, provided rebels in Yemen with the missiles they fired at the capital of Saudi Arabia and continued as the world’s largest state sponsor of terrorism. There is no greater evidence of the regime’s continued abhorrent behavior than the recent wave of protests throughout the country against Tehran’s corruption, oppression and bloody regional adventurism.

There has been a legitimate case for pulling out of the deal from Day One. Rewarding an abusive regime with billions of dollars was a self-evident bad idea. Removing obstacles to foreign investments in Iran was another. Common sense tells you that, once the Iranian economy integrated with the West, it would be much more difficult to restore sanctions as a response to bad behaviors. Tehran today has far less reason to fear it will lose access to wealth, materials and technology needed to support its foreign policy and potentially build a nuclear arsenal.

That said, the value of “just kill the deal” has diminished over time. Here is why.

For one, Tehran got the cash up front. Billions of dollars flowed in—and can’t be recalled.

For another, Iran has not reaped the benefit of massive Western foreign investment the regime anticipated after the lifting of sanctions. In part, the U.S. threat that it might withdraw has likely had a chilling effect. But there are other reasons why the West hasn’t jumped in with both feet hard to do business in Iran.

Odious officials and shadowy government organizations control many of the commercial ventures. The banking and financial system is arcane and corrupt. About the only ones investing in Iran are Russia and China—who care less about corruption and the rule of law.

While there was a burst of growth after JCPOA was signed, the Iranian economy is not rapidly becoming intertwined with the West as we feared. [Of course, this is bad news, not just for the regime, but for the long-suffering people of Iran. Prices have rise. Social support has shrunken. Almost 20 percent of the country still lives under the poverty line—a pathetic statistic for the second largest economy in the Middle East.]

Another reason not to panic about not immediately pulling out of the deal is that the new U.S. administration has already figured out that JCPOA solved nothing and that the Iranian regime—along with the likes of ISIS and Al Qaeda—is the top threat to regional stability. The Trump administration has already adopted a broad policy to counter Iran’s destabilizing influence.

Art of the Deal

Ironically, the JCPOA may actually now have a role to play in improving America’s posture toward Iran. By threatening to pull out of the deal, Trump created an opportunity to strengthen his hand against Tehran.

I have never met a European official who, in private, did not acknowledge that JCPOA was not a great deal. Their defense was, “It was the deal Obama wanted,” followed by “at least it was something.”

Having vested themselves in the agreement, the Europeans remain committed to trying to salvage the framework. On the other hand, they recognize JCPOA has not calmed regional fears about the potential proliferation nor did the deal make Tehran less of a regional threat.

In response, the United States has argued that, if the European countries want to save the framework countries, they are going to have to do a better job helping Trump deal with Iran. Washington has asked for assurances in three areas.

First, the United States wants to broaden its sanctions on Iran. The White House wants the Europeans to support its position that these sanctions don’t violate JCPOA.

Second, the administration wants support in pressing the Iranians to extend the sunset clause for the deal.

Of the five other powers that negotiated the agreement, Russia and China are not likely be much help. That is as expected. It is also not crucial. What is most crucial is that the United States build a united Western front to confront Tehran.

France has been most forward leaning in looking for a compromise with the United States The British are accepting. Germany appears reluctant and distracted.

If Washington can get those three powers to support its agenda in the next few months, then it is worth staying with JCPOA for another year or two to see if the framework can be made more efficacious. It is worth investing time and effort in rebuilding a strong Western consensus for dealing with Iran. Meanwhile, the United States can prepare a more comprehensive response for dealing with Tehran if the framework can’t be made better and the United States has to withdraw.

If the White House cannot secure the European cooperation on the path forward, President Trump will likely pull the plug on JCPOA. Who could blame him? There is no use pretending the current framework deals with the problem. It is a Potemkin village of nonproliferation.

If the leaders of the transatlantic community are serious about assuring mutual security, they will work with the president to try to make the framework something worthwhile. And now is exactly the right time for the Europeans to show Iran their backbone. Tehran is not dealing from a position of strength. The regime has already squandered all the cash and goodwill it got out of JCPOA.

If Tehran is smart, the regime will start to make compromises—and live another day. The mullahs’ grip on the country is unsteady. Faced with renewed, determined competition from the United States working in concert with regional allies, Tehran knows it will lose ground in the greater Middle East. And if Iran decides to go nuclear, then it will wind up like a North Korea—an impoverished, isolated and rejected nation.

Image: A female North Korean soldier uses her mobile phone next to a sentry on the banks of the Yalu River, near the North Korean town of Sinuiju, opposite the Chinese border city of Dandong June 1, 2014. REUTERS/Jacky Chen