If Trump Wants to Keep 'Winning,' He Should Turn to Yemen 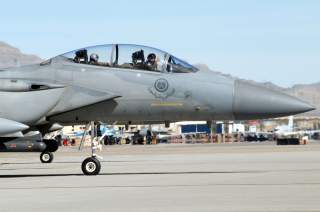 The United States and the Kingdom Saudi Arabia are suffering heavy blows to their intentional reputations.

On Wednesday, the Arab Youth Survey, the largest polling effort in the Middle East, confirmed many Washington analysts’ worst fears: U.S. influence in the region is waning, while Russia casts an even longer shadow.

Russia has replaced the United States as young Arabs’ most valued international ally. The poll shows that 21 percent of respondents trust Russia above any other country, up from just 9 percent in 2016. By contrast, the United States dropped to 17 percent from 25 percent in this category.

Saudi Arabia, too, is falling in popularity, taking heat for its costly and devastating war in Yemen. In James Zogby’s latest annual survey of Arab public opinion, the kingdom was mentioned as a main source of conflict in Yemen by Turks, Iraqis, Jordanians, Egyptians and (not surprisingly) Iranians. It is also noteworthy that among those who chose “interference by other governments” as the root of destabilization in Yemen, the United States was the responsible party most frequently cited.

Of course, the United States’ role in the Yemen War is only partially to blame for its declining stature in the Middle East. The likely culprit is its handling of the conflict in Syria. Yet, as polls suggest, the United States is not enjoying impunity for its support of the Saudi-led campaign in Yemen. To salvage leverage in the region, the United States must be at the forefront of a political resolution of the suffering in Yemen.

Ending the conflict swiftly and humanely isn’t just beneficial for the United States. Saudi Arabia must bring the fighting to an end soon. Beyond contributing to massive human suffering, the United States and Saudi Arabia are losing a public relations battle. Every day the war drags on, blame falls more on the kingdom (and the country who sells it pricey weaponry) and less on the other participant in the proxy war, Iran.

Saudi leadership needs a reality check from the United States, evidenced by recent comments from Mohammad bin Salman, Saudi Arabia’s powerful defense minister and deputy crown prince. In a rare television interview, bin Salaman painted an overly optimistic picture of the situation in Yemen, saying that Saudi troops could put down Houthi rebels “in a few days,” but that doing so would endanger Saudi forces and civilians. Bin Salaman said the Saudi-led coalition is in no rush to end the war; in fact, Saudi is hoping to tire out the rebels. “Time is on our side and we will exploit the time to serve our interests,” bin Salaman maintained.

This war-of-attrition strategy spells disaster for the kingdom and its enabler, the United States. More than ten thousand people, primarily civilians, have died in the conflict. Thousands more will die from starvation and disease as the war continues to grind on. On top of being a humanitarian crisis, the Yemen situation is too costly—literally and politically—for the United States and Saudi Arabia.

Here are just a few advantages to the United States and the kingdom working together for a reasonable solution:

1. A majority of the Arab world’s youth—about a third of the region’s population—no longer want an American footprint. President Trump pledged to restore traditional alliances. To do this, the administration must commit the necessary financial, military and—most critically—statebuilding resources.

2. The Trump administration, particularly key foreign-policy voice Secretary of Defense Jim Mattis, has been vocal about countering Iran’s nefarious actions in the region. Compared to expelling Iran from Iraq and Syria, uprooting Iran from Yemen is a layup.

3. Mr. Trump desperately needs a “win,” particularly in global diplomacy. After receiving heavy criticism for his laudatory remarks about the Middle East’s strongmen, Trump has the opportunity to show the international community that the United States supports peacebuilding and democracy.

4. One year ago, Saudi Arabia embarked on an ambitious set of socioeconomic reforms, Vision 2030. Not only is the war in Yemen increasingly unpopular among the masses, but the financial toll is unsustainable. The Kingdom of Saudi Arabia would be better served investing in the diversification of its economy than squandering billions on a war with no reward.

Forging a solution to the Yemen War is certainly easier said than done, but the ball is in the Saudis’ court. If Saudi Arabia presses for an end, Iran—more concerned with Syria and its “Shia corridor” than faraway Yemen—will likely acquiesce. Two choices confront the United States: help its Gulf ally exit the mess or continue low-level enablement. The consequences of the latter policy are severe for all involved parties.

Caroline Quinn is a researcher and editor at Insight Advisory Group, a Washington, DC consulting firm focused on U.S.-Gulf relations. After attending the University of Chicago's graduate Center for Middle East Studies, Caroline spent nine months in Oman as an NSEP Boren Fellow.