If You Want to Fix Defense Contracting, Mergers Aren't the Problem 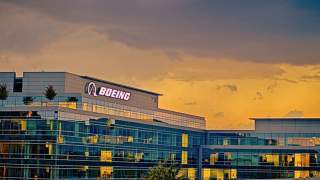 Frank Kendall III, the Under Secretary of Defense for Acquisition, Technology and Logistics, has said that he opposes a developing merger wave among major defense contractors. There was a big merger-and-acquisition wave in defense at the end of the Cold War. The 1990s are when Lockheed found Martin; Northrop married Grumman; General Dynamics became a bigger General; and Boeing absorbed McDonnel Douglas, Rockwell and others. Many commercially oriented firms—General Motors, Ford and Goodyear for example—sold off their defense subsidiaries to the defense giants. Now, as defense budgets shrink again, Lockheed Martin is acquiring Sikorsky, and Boeing seems likely to acquire Northrop Grumman, especially now that its team (Lockheed Martin is its partner) has lost the Long Range Strike Bomber contract.

Looking back, the merger wave of the 1990s, as big as it was, changed little in defense. The bankers, brokers and lawyers midwifing the mergers did well by making money from the transactions, but the mergers failed to eliminate the excess in U.S. defense production capacity that developed after the demise of the Soviet Union. Nearly all the platform assembly facilities open in 1990 are still around, just with a different corporate logo over the main gate and everyone working at a slower pace.

Defense is not a normal business. You can lobby the Congress for new orders. With that recognition, executives have little need to save costs by shuttering underutilized plants. The DOD leaders of the day tried, but failed, to gain congressional approval to buy out the excess capacity, essentially bribing companies and unions to stop asking for more contracts. We are still paying for that failure today in the form of make-work projects, high overhead costs and general plant inefficiencies due to the continued use of outdated facilities.

The Cold War capacity overhang became less of an obvious burden in the decade after 9/11, because a rising defense budget lifted all boats. Lots of systems were renewed or given routine upgrades even though there wasn’t much of a peer military technological challenge and hardly any battlefield attrition. But with the wars in Afghanistan and Iraq waning, and the defense budget stagnating, the capacity question is back with us. In fact, it has gotten worse—because we now realize that our platform needs have declined. Weapons have become more lethal due to precision guidance and networking technologies. Fewer ships, aircraft and artillery pieces are needed. Smaller formations can do military jobs that once required much bigger ones.

Secretary Kendall worries that mergers among the major systems integrators may reduce competition for defense systems and the incentives for defense innovations. He should worry more, however, about the impact of “Jointness” in acquisitions. Increasingly, defense is a market with one buyer: in the language of economics, a monopsony. In a monopsony, it matters little whether there are two or twenty-two sellers, because they all must line up with the preferences of one buyer. If you want competition and innovation in defense, you need multiple buyers as well as sellers—a return to the productive days of inter-service rivalry.

Mergers are fine, as long as they reduce the capacity overhang. DOD needs to try again to buy out excess capacity, this time perhaps including local communities where jobs will be lost in the deal. Foreign orders help, but only in the short run. There is a reckoning coming. We need fewer platforms and more projects to explore alternative weapon designs and capabilities. We have to pay for the old to go away so that we can get on with the new. Because defense decisions are political, companies will not do by themselves what they normally do on their own in other industries: close down the old and excess as markets and technologies change.

Jointness is fine as long as it is focused on operations and not on the consolidation of weapon system projects. Major defense contractors need to be pitted against one another, and that requires the services—the buyers—to be independent and rivalrous. Joint projects kill innovation. It is DOD’s inherent preference for centralization—for merging service projects—that really needs to be constrained, not the mergers of defense contractors.