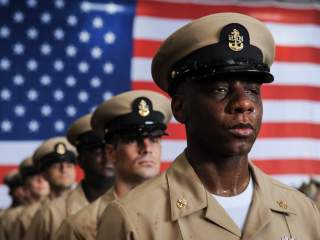 Fifteen years after the last Authorization for the Use of Military Force (AUMF) and one week before President Obama delivered the State of the Union address, yet another service member was killed in Afghanistan: a new father who was a Green beret and serving with the Washington National Guard. The incident serves as a stark reminder that today, we are coming face to face with one of the unintended consequences of an All-Volunteer Force (AVF): the compartmentalization of the military as a separate entity from the rest of society.

As this civil-military divide grows, we as a nation have lowered the threshold for the use of military force. In his most recent State of the Union, President Obama implored, “If this Congress is serious about winning this war, and wants to send a message to our troops and the world, authorize the use of military force against ISIL. Take a vote. Take a vote.” Though not a new phenomenon, the lack of legislative forcing mechanism and the ease with which military force is used must continue to warrant consideration. When the deployment of troops becomes a burden only felt and understood by a small minority of the country, we as a nation need to ask some very hard questions about the cost of going to war—and whether for many of us it's currently too low.

Perhaps this disengagement is due to the lack of equal representation of the AVF across states and congressional districts. Though we neither need nor desire conscription in today's volunteer force—conscription for reasons of equality rather than security would be at the expense of the high training and readiness levels currently expected of the AVF—this has led to a geographic disparity in those who choose to serve. When the Gates Commission evaluated the efficacy and prudence of transitioning to an AVF, these concerns did not go unspoken.  One key objection raised was that “an all-volunteer force would. . . lessen civilian concern about the use of military forces.” According to the latest DoD Demographic profile, over half of all active-duty military personnel stationed in the U.S. reside in only 5 states: California, Virginia, Texas, North Carolina, and Georgia. In terms of Congressional representation, there are only 127 seats representing this constituency.

Amidst discussions of how to best fight ISIS and counter Russia, it is crucial that we as a nation reflect on the implications of lowering the threshold for the use of military force. It has become standard to bypass the legislative mechanisms that are intended to accompany acts of war while deploying significant amounts of troops to war zones—a bipartisan occurrence. This issue has not gone unrecognized—there has been substantial coverage over the lack of authorization as an abdication of Congressional authority since the advent of the AVF—but little has been done to rectify it. The lack of updated AUMF is simply one way in which the disengagement of the nation from the military manifests itself.

This disengagement with warfighting is evidenced in a lack of Congressional oversight, as noted by Thomas Mann, “congressional oversight. . . especially on foreign and national security policy, has virtually collapsed…with little or no midcourse corrections in decision-making and implementation, policy has been largely adrift.” It is hard to imagine a clearer example than the past 15 years of war. Despite high levels of casualties and little strategic success, the tenor of the Iraq war did not shift until General David Petraeus’s COIN strategy was implemented in 2006. This is particularly striking given that between 2003-2004—at the height of the strategic crisis prior to the implementation of Petraeus’s strategy—less than 10 percent of SASC and less than 14 percent of HASC hearings were held on Iraq. Rhetoric over the president’s choices (on both sides of the aisle) has rarely been accompanied by legislative action.

“Thank you for your service” has long drawn the ire of service members for being empty rhetoric. It has become easy to forget the tireless efforts of the personnel and families who choose to serve in the armed forces. The servicemembers who are continuing to face a high operational tempo and deploy worldwide deserve to have the backing of their nation. Congress is the representative body of the people and the lack of legislation accompanying military force is a damning indictment of engagement with our armed forces and their mission. Perhaps the most significant ‘thank you’ we as a nation can give to our armed forces is the thoughtful consideration of the use of military force by our Congress and our country.

Amy Schafer is a Research Associate in the Military, Veterans, and Society Program at the Center for a New American Security (CNAS).