The IMF Thinks Emerging Markets Will Grow Fast Thanks to the U.S. 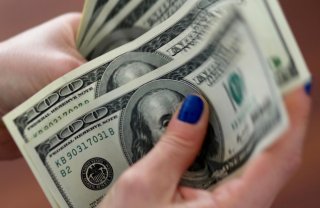 At a time that U.S. Treasury yields are rising rapidly and capital is starting to flow out of the emerging markets, the IMF is choosing to upgrade its emerging market economic forecast on the basis of the faster U.S. economic growth that it now expects.

This is all the more surprising considering how vulnerable various major emerging market economies are to large capital outflows, especially given that their public finances have never looked so bad or their debt levels have never been so high.

In its latest World Economic Outlook, the IMF now expects that the emerging market economies will grow by as much as 6.33 percent in 2021 and 5 percent in 2022. This growth is expected to be led by the Asian region in general and by China and India in particular. However, in the IMF’s view, even the heavily indebted and troubled Latin American and African economies will rebound at a faster pace than had earlier been forecast to grow.

The main factor underlying the IMF’s rosy emerging market outlook is the significant upgrade of its U.S. economic forecast. As a result of the large Biden budget stimulus and the good progress being made on the vaccination front, the IMF is now expecting that the U.S. economy will grow by 6.5 percent in 2021 and by 3.5 percent in 2022. This strong U.S. economic growth performance is expected to have favorable spillover effects to the emerging market economies by raising international commodity prices and by improving U.S. export market prospects.

More surprisingly yet, at a time that U.S. long-term Treasury bond yields are rising at as fast a pace as they did during the 2013 Bernanke Taper Tantrum, the IMF seems to be overly sanguine about the risk of U.S. economic overheating and a renewed bout of U.S. inflation.

Never mind that the United States is now engaged in budget stimulus amounting to a staggering 13 percent of GDP in 2021, or the largest peacetime budget stimulus on record, at the very time that the U.S. economy has already been recovering at a rapid pace and at a time that there is still an enormous amount of pent-up household demand in the economy. Never mind too that the bond market vigilantes have been awakened by a Federal Reserve seeming to be in total denial about the heightened risks of U.S. economic overheating and higher inflation.

Any further rise in U.S. interest rates that caused emerging market capital outflows and higher emerging market borrowing costs would be coming at a particularly inauspicious time for key emerging market economies like Brazil, South Africa, and Turkey. Not only are these countries still very much in the grip of the coronavirus pandemic and in deep economic recessions. They are also beset by serious political instability that reduces the chances that they will address their public finance weaknesses anytime soon.

All of this has to raise a basic question. If earlier Asian and Latin American currency and debt crises shook world financial markets, then why will a more pervasive emerging market debt crisis today triggered by higher U.S. interest rates not do something at least as significant? After all, the emerging markets now account for around half of the world economy and they have never before been as indebted and as economically troubled as they are today.

Asking this question might have allowed the IMF to come up with a more realistic World Economic Outlook that it has now presented. It might also have helped it lay the groundwork for an international cooperative effort to deal with the next emerging market debt crisis.