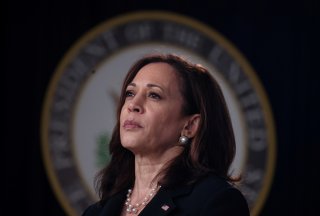 Like Banquo’s ghost at the feast, a harbinger of a certain reckoning, a significant factor that overshadows and could upset and complicate Sino-American relations within the scope of the first term of Biden administration is the possibility that Biden leaves office for health or other reasons before the completion of his full four-year term. Were this to occur, then there will be three major consequences that would adversely impact U.S. interests in the Indo-Pacific region.

First, this change would introduce a period of uncertainty for the friends and foes of the United States who would seek to capitalize upon any seams in the change of government from a Biden to Harris administration. These cleavages would not necessarily be deep within the administration as many of the personnel and policies would remain similar—at least in the near term. The gap with Congress equally might not be significant depending upon whether a transition occurred before or after the midterms and if the Democrats maintain control. The greater concern is international. There would be implicit and explicit doubts among U.S. allies and friends in the Indo-Pacific region, and globally, who would question the determination of the United States to sustain its interests—including the support of traditional and new allies—while also locating points of mutual interest and cooperation with other states like Bangladesh who may need uninterrupted assistance to free themselves from China’s influence. Steadfast U.S. political and military leadership is important for sustaining stability in the Indo-Pacific region. Were the U.S. commitment to be doubted, there would be major implications for allies and other friendly states for whom distancing themselves from Washington, neutrality, or even growing support for Beijing would become necessary and wise strategies.

Second, China will capitalize upon any missteps from a new administration, the absence of a strategic focus on China as the most significant threat faced by the United States, and the doubts or uncertainties that U.S. allies and other interests in the region may possess. China’s actions may be kinetic, as Beijing may believe that the “fog of peace”—the false expectation that peace will prevail today because it did yesterday—dominates the administration, and so any use of force would catch the U.S. flatfooted and thus more likely to accept a fait accompli. But China will also frame the transition in its political warfare attacks against U.S. interests. These messages or narratives would likely highlight the peripatetic nature of U.S. leadership, drawing unfavorable comparisons to the four rulers the Soviet Union had in the early and mid-1980s with the implication that the United States is also on the precipice of collapse despite what would be termed contemporary U.S. efforts at perestroika and glasnost equivalents. Like the Soviet Union, the United States is straining under its commitments and will have to abandon them as the Soviet’s did their empire, first, in central and eastern Europe, and soon after within the Soviet Union itself. Additionally, there is certain to be a comparison with the stable and secure rule of China’s leader the “helmsman” Xi Jinping, who continues to shepherd the Chinese Communist Party on to ever greater glories, the Chinese economy on to continue growth, and China’s influence in world politics to new levels.

Third, the U.S. position in the world requires a vision of the world the United States seeks to maintain in the face of China’s challenge. This vision must be conveyed to friends and foes. It must be stated, shown, and be persuasive. While many officials contribute to it and shape it, the robust defense of U.S. ideology and position in the world ultimately has been required of every president since Franklin D. Roosevelt. Accordingly, it will be essential for Kamala Harris to state as president that she is completely in accord with this tradition. Moreover, given the People’s Republic of China political warfare attacks at the March meeting in Anchorage, where Chinese officials accused the U.S. “deep-seated” human-rights problems as evinced by the Black Lives Matter movement. Comments by President Joe Biden and Harris, who serves as his vice president, in the wake of the George Floyd verdict were congruous with the People’s Republic of China’s attack. As president, Harris must be unequivocal in her support for U.S. interest abroad, the nature and scope of the threat from China. She must also do what she is singularly well positioned to do, which includes, first, calling attention to the fact that the United States went through the civil rights movement which laid the foundation for her political rise. Second, her success and personal ties to India deepens Washington’s relationship with New Delhi. This has been identified by India’s Prime Minister Narendra Modi, who has stated that Harris is a source of pride and inspiration for the Indian-American community, and a source of strength for the Indo-American relationship. Harris’s achievements already are in sharp contrast to what is possible in Xi Jinping’s China. China will never go through a civil rights movement, and so there will never be a Chinese equivalent of a President Harris.

A transition from a Biden to Harris administration would be neither the first nor the last in the country’s political history. At the same time, any transition is a time of peril where allies will need assurance of U.S. interests and the U.S. commitment, and foes will have to be deterred. The fact that the U.S. may face one before 2024 requires the preparation of U.S. allies, heightened deterrence of a potential aggression, and the recognition that Beijing’s political warfare campaign will seize upon it as an indication that the United States is enfeebled and in decline. A robust response is necessary and possible, and a President Harris would be well-positioned to provide it.

Lianchao Han is vice president of Citizen Power Initiatives for China. After the Tiananmen Square Massacre in 1989, Dr. Han was one of the founders of the Independent Federation of Chinese Students and Scholars. He worked in the U.S. Senate for 12 years, as legislative counsel and policy director for three Senators.