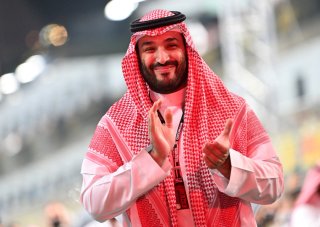 In mid-July, after years of steady outrage toward Saudi Arabia’s de facto leader Crown Prince Mohammed bin Salman (or MBS), President Joe Biden is making his first visit to the kingdom to embrace the heir to the throne and his ailing octogenarian father, King Salman. Facing skyrocketing inflation due in part to the supply chain crisis stemming from Russia’s invasion of Ukraine, the White House is looking to temper record-high energy prices by asking its Saudi counterparts to make use of their unparalleled spare production capacity to increase the supply of oil in global markets.

For Washington, the strategy is a tried-and-true method for relieving energy scarcity and remains the foundation of its relationship with Riyadh: the United States guarantees the kingdom’s security through arms sales, strategic cooperation, and close diplomatic engagement in exchange for, among other benefits, the latter leveraging its mammoth natural resource endowment and leadership in the Organization of the Petroleum Exporting Countries (OPEC) to provide stability to notoriously sensitive energy markets.

But the last several years have proven that such an approach is uneven in its effectiveness, politically untenable, and serves to only magnify rather than mitigate geopolitical risk. Instead, the Biden administration should work with the ruling Al Saud family to forge a new basis for relations between the two states, one that serves the long-term interests of both nations and emphasizes economic and technological development, threat reduction, and a sustainable global energy regime for the twenty-first century.

When the White House announced in early June that it was reversing its unofficial policy of diplomatic distancing from Saudi Arabia—which candidate Biden had previously referred to as a “pariah” state—lawmakers on both sides of the political aisle expressed their wariness and indignation. Such public critiques are just a continuation of the fury Congress has felt toward Riyadh over the last several years.

From blocking arms sales to undertaking an investigation into Saudi human rights violations and politically embarrassing the kingdom’s leadership, both Democrats and Republicans have made their impatience with the relationship known. Such animosity had made it more difficult for several presidential administrations—from George W. Bush to Biden and everyone in between—to conduct a coherent foreign policy toward the nation, risking Washington’s ability to project power in a geopolitically sensitive region.

Their frustrations are understandable, though: Saudi Arabia under MBS has become an unreliable, even dangerous partner whose actions have served to risk U.S. national and energy security. From the grisly state-sponsored murder of American resident and Washington Post contributor Jamal Khashoggi to the reckless Saudi-led war in Yemen (among other ill-advised initiatives), the crown prince has leveraged American support to trample on Western values of free speech and tolerance, commit egregious human rights violations, and create power vacuums for terrorists and Iranian surrogates across the Middle East to exploit.

Of course, the United States is no stranger to working with reprehensible strongmen to advance critical interests. But even as it relates to upholding the backbone of U.S.-Saudi strategic cooperation—ensuring the free flow of oil for global consumption at acceptable prices—the kingdom’s success has been uneven at best. Despite tens of billions in military aid from the United States and protection from thousands of American troops, Riyadh has failed time and time again to protect its all-important energy production infrastructure from harm, sending oil markets into a tailspin and endangering supplies to nations whose economic wellbeing depends on it. Saudi leaders also tend to take American support for granted, refusing to cooperate on balancing oil supply and prices despite good-faith commitments from Washington.

In other words, instead of functioning as a partner to secure a reliable supply of energy, Saudi Arabia’s inability to adequately safeguard its precious resource and habit of weaponizing it to further the country’s own strategic objectives has heightened geo-economic and political risk. Of course, one can hardly blame the royal family for using its competitive advantage to pursue their own interests, allies be damned. But there exists a more productive, mutually beneficial path forward, one founded on close economic and development ties, long-term geopolitical cooperation, and sustainable, low-carbon energy production.

Fortunately, the diplomatic tools, political infrastructure, and financial vehicles necessary for a productive rapprochement with the kingdom already exist. Utilized in conjunction with one another, such systems can be used to fulfill the domestic and foreign policy priorities of the United States, Saudi Arabia, and even allies in other parts of the world while also hindering adversaries’ ability to project power.

The focus of any U.S. effort to revitalize relations with Riyadh must begin and end with MBS. Despite his disregard for liberal international norms, the crown prince’s cultural and economic modernization initiatives have breathed new life into his father’s kingdom, and no program is larger in scale or more important to MBS than Vision 2030. The venture is meant to lessen the nation’s dependency on oil by diversifying its economy through massive investments in strategic sectors like energy, defense, and manufacturing. A particularly headline-grabbing part of the ambitious project is the planned half-trillion-dollar megacity Neom.

The crown prince, who is also the chairman of the kingdom’s Council of Economic and Development Affairs, has levied taxes on citizens, imposed governmental fiscal discipline, and sold stakes in Saudi Aramco, the state-run oil giant, to pay for Vision 2030. The United States can appeal to MBS by providing an additional financial jolt to help him realize his signature plan. Through supercharging agencies like the U.S. Development Finance Corporation, the U.S. Trade and Development Agency, and the Millennium Challenge Corporation, Washington should invest tens of billions in the Saudi economy, focusing mostly on Saudi initiatives to build its renewable energy and manufacturing sectors: nuclear reactors, water desalination operations, and solar farms.

The financing—which would come mostly in the form of grants and low-interest loans to the Saudi government and outside contractors assisting the building efforts—would help accomplish much more than the prince’s economic diversification efforts. Funding and replicating projects like the gargantuan Sakaka solar plant could serve as the basis for a Saudi-wide revolution in photovoltaics use. Not only could the desert kingdom run its domestic economy on clean solar—as well as hydrogen and nuclear power—but it could become a leader in exporting that zero-carbon energy to a region sorely in need of alternative sources: Europe.

The invasion of Ukraine by Russia has thrown global energy markets into chaos, and nowhere has such turmoil been more acute than in Europe. Though European Union (EU) member states have tossed out Russia-linked energy projects like Nord Stream 2, the continent has continued to purchase oil and gas from Moscow, leading to record revenues for the aggressor to fund its criminal war. And while the EU has committed to a plan of completely phasing out Russian petroleum products by early 2023 (and even then there are exceptions), the Kremlin’s historical hydrocarbon grip on Europe, experts agree, has gravely threatened the security and prosperity of European governments and, by extension, the United States.

With the urgency created by Moscow’s gross territory grab, the United States can and should help diversify Saudi Arabia’s export economy to help not only the crown prince’s legacy and thus U.S.-Saudi relations, but the geopolitical risk, energy scarcity, and source diversification problem in Europe, too. Creating such linkages with the kingdom will bring Europe into a low-carbon future and starve Moscow of desperately needed revenue to fund its wars, not to mention its entire government.

Such cooperation, with enough financial support from the United States and its allies, could be replicated with other nations in the Middle East eager to diversify their economies and build sustainable energy production and export systems: Egypt, Jordan, Israel, and so on. Through Vision 2030 and its Middle East Green Initiative, Riyadh could leverage its regional leadership and compel its neighbors to sign onto what EcoPeace Middle East, a nongovernmental organization, refers to as the “Green Blue Deal,” an award-winning initiative meant to help facilitate an economically prosperous clean-energy future for Europe and the Middle East.

Again, given the opportunities to secure clean energy for Europe, engage in productive diplomacy and economic statecraft with Saudi Arabia and other regional powers, and severely curtail Russia’s ability to do harm, Washington and its allies in the G7 could use their recently announced Partnership for Global Infrastructure and Investment (PGII) to funnel billions of dollars into Saudi and Middle Eastern energy projects like the ones envisioned by Vision 2030 and the Green Blue Deal. Indeed, the ambitious scheme is already beginning to fund like-minded, zero-emissions projects such as a massive solar farm in Angola. And while PGII emphasizes cooperation with private stakeholders (U.S. companies are already taking the lead), Riyadh is positioning Saudi Arabia to be a haven for such enterprises with recent improvements to its investment climate. Indeed, inclusion of both Saudi and American private sector actors in this initiative will ensure both the security of both nations’ domestic interests and the viability of the partnership as a whole.