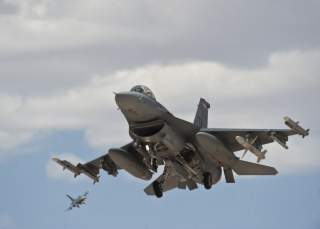 In an attempt to bolster their military cred among conservative voters, many of the Republican candidates at last Tuesday’s debate in Milwaukee tried to outdo one another in supporting the Defense Department.  None of the candidates gave much more than superficial examples of how they’d strengthen the military, but there was one specific concept about which most were energetic: the need for an increase in spending.  It would seem obvious that the nation’s military apparatus would be stronger if Congress increased the Department of Defense (DoD)’s budget.  Counterintuitively, however, unless significant reforms are implemented, increasing the budget might actually degrade our ability to secure American interests.

In answering a comment made by Rand Paul that he wanted to be fiscally responsible on defense, Ted Cruz quipped, “Exactly right, that we have to defend this nation. You think defending this nation is expensive, try not defending it. That’s a lot more expensive.”  One of the leading contenders for the GOP nomination Donald Trump was more emphatic:  “We have to make our military bigger, better, stronger than ever before” he said, “so that nobody messes with us... I agree with Marco, I agree with Ted, we have no choice.”  Implied in these comments (and echoed by virtually every other candidate) is that the path to strengthening our national defense is through increasing defense spending.

But the military’s declining effectiveness isn’t primarily a factor of shrinking budgets.  It is how the DoD mismanages the money it does have.  There are two major ways this mismanagement has manifested itself in recent years.

First is the sometimes spectacular failure of DoD’s acquisition systems.  Each Service has been egregiously guilty of mismanagement and outright failure to produce new and effective warfighting technology.  The Navy’s troubled Zumwalt destroyer program, the Marine Corps’ albatross of the failed Expeditionary Fighting Vehicle, and the Air Force’s current troubles with the F35.  The Army, however, stands above them all (or maybe that’s below them all) in acquisition futility.  In 2011 DoDBuzz reported the results of an astounding report quantifying the scale of the failure.  “From 1990 to 2010, the Army began and then cancelled 22 major programs,” the article noted, “at an approximate cost of $1 billion per year starting in 1996 and rising as high as $3.8 billion per year after 2004.”

However, as bad as the financial mismanagement has been, there is a second major failure that continues to hamper America’s national defense capabilities: bloated military overhead and archaic organizational structures.

The maneuver forces of the US Army are currently organized around the division structure (which is composed of two or more brigade combat teams (BCT)).  The Division has remained the basic building block of the US Army since 1917.  It served the US well in World Wars I & II, Korea, the Cold War, and even through Desert Storm.  But the modern tools of war and the resulting evolution in fighting doctrine have rendered the division construct nearly obsolete.

Major powers around the world – including China and Russia – have transitioned to one version or another of the ‘combat group’, which is considerably smaller than a division.  Utilizing modern technology and communications gear, the combat group is far more flexible, deployable, and lethal than current formations.  Yet the US Army continues to resist this natural evolution, clinging to what it has always used in the past.

The division system is burdened with too many layers of headquarters, is very expensive to maintain, and most importantly is too cumbersome to fight modern wars requiring agile and flexible formations.  The superiority of the ‘combat group’ construct was recently demonstrated in computer simulation that made a head-to-head comparison between combat groups and BCTs.  The results, presented September 7th to retired Army general Carter Hamm, Chairman of the National Commission on the Future of the Army were stark and troubling.

Four scenarios were run through the computer simulation.  In all four cases the opposition was a Russian force of 23,000 troops fighting in the Baltics.  In two of the cases the Russians were pitted against current US BCTs and in the other two against two Combat Group units.  In both the simulations against BCTs the Russians won.  In both Combat Group fights, the US won. Possibly the most remarkable thing about the Combat Group victories is that they beat the 23,000 Russians with one-half and one-fourth the number of troops as the BCTs.

Politico asked the plan’s architect, retired Army Colonel Douglas A. Macgregor, why the Combat Group force beat the Russians when the BCT-based force lost twice (full disclosure: I fought under Macgregor in Desert Storm).  He said:

The problem with the U.S. Army is much bigger than numbers… It’s not organized, equipped, or trained for a high end, conventional, integrated joint battle with a numerically and at least in some ways qualitatively superior enemy on the enemy’s chosen turf. In the simulation, it’s Russia. But it could just as easily be China. Even if you increased the Army to 600,000 in its current form … it would still fail.

Ironically, according to Macgregor, a US Army reorganized into combat groups could actually be reduced in size and save more than $10 billion annually while producing a more capable and lethal force.

If those seeking to become the next Commander in Chief want to strengthen American national security, they might want to reconsider basing their policies on merely increasing defense spending.  A larger budget without acquisition reform and organizational modernization will only serve to exacerbate current deficiencies.

Daniel L. Davis is a widely published analyst on national security and foreign policy. He retired as a Lt. Col. after 21 years in the US Army, including four combat deployments.  The views expressed here are those of the author alone and do not reflect the position of the U.S. Government.