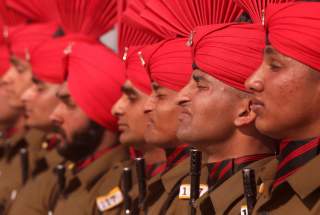 The latest India-Pakistan crisis has contested longstanding narratives on South Asia’s crisis stability, conflict management and escalation control. The conventional wisdom on Pakistan’s force posture asserts that given Pakistan’s relative conventional weakness and its first-use doctrine, it is “nuclear trigger happy.” In contrast, the events unfolding after the Pulwama attack has reinforced the perception that the threat of mutually assured destruction has deterred India and Pakistan from pursuing aggressive strategic options. It also shows that, at least initially, two nuclear-armed states can risk the pursuit of limited objectives under the nuclear threshold.

Correspondingly, this crisis has put a lid on various misrepresentations regarding Pakistan’s posture of Full Spectrum Deterrence (FSD) that was being only viewed through the lens of Pakistan’s nuclear-capable Hatf-IX (NASR) short-range battlefield ballistic missile. Pakistan’s FSD has thus been misconstrued to solely represent a nuclear war-fighting strategy, centered on the employment of NASR against Indian military operations. During the past decade, this characterization was wholly embraced by Pakistani, Indian and Western scholars and officials alike. But this led to misperceptions about Pakistan’s nuclear threshold and its consolidating conventional capabilities.

The India-Pakistan border skirmishes along the Line of Control (LoC) in Kashmir are considered a routine phenomenon. However, in the wake of the February 14, 2019, Pulwama attack, India upped the ante and chose to vertically escalate by employing air power across the LoC and into Pakistan’s Khyber Pakhtunkhwa province bordering Azad Kashmir (Jabba Top). It was the first practical manifestation of India’s doctrinal evolution towards counterforce response through the Indian Air Force (IAF).

Ostensibly a counter-terror strike, the IAF operation was dubbed as a “non-military pre-emptive action” by India. But in effect, New Delhi’s airstrikes were primarily aimed at establishing a “new normal” which, once successful, could be replicated at other places against Pakistan at will. Also, the strikes in Pakistan was a symbolic act with the aim of feeding domestic political constituencies ahead of India’s elections. In doing so, however, New Dehli seriously underestimated Islamabad’s conventional capability and resolve to give a matching response.

India had been preparing IAF for counter-force roles during the past decade through regular exercises such as the “Gaganshakti 2018”—designed to validate operational concepts for a short, intense two-front war against Pakistan and China. The training simulation also involved preparation for possible nuclear war, in addition to conventional and counterforce strikes in conjunction with the Indian Army and Navy. Moreover, the Gaganshakti 2018 exercise came on the heels of a Joint Doctrine unveiled in 2017 with the addition of the Land Warfare Doctrine in 2018. These reflect India’s commitment to building warfighting capability for escalation dominance against Pakistan and China through the application of “Full Spectrum Conflict” that seeks to continue military operations even after the adversary’s nuclear threshold is crossed. Thus, the February 26 attack on Pakistani territory was a tentative foray into testing India’s doctrinal evolution.

What is certain is that the ensuing aerial engagement between the Indian and Pakistani air-forces was a seminal event between two rival air-forces operating in a net-centric environment, backed by Airborne Early Warning and Control Systems (AWACs), ground sensors and electronic warfare. The Pakistan Air Force (PAF) was able to carry out its retaliatory strikes at six places across the LoC in Indian Occupied Kashmir on the morning of February 27 by employing stand-off weapons, effectively neutralizing India’s formidable multi-layered Air Defence Ground Environment System and Integrated Air Defence System.

The intercepting IAF formation, comprised of eight aircraft (SU-30 MKI, Mirage 2000 and Mig-21 Bison aircraft) was backed by Phalcon AWACS, against the PAF’s twenty-four aircraft strike formation (comprising JF-17s and ROSE Mirage-III/V aircraft) which were perceived to be inferior to the IAF front-line aircraft. The PAF force was also supported by Erieye and ZDK-03 AWACS.

The IAF was unable to destroy any Pakistani aircraft even though the PAF took on a much larger, better-equipped IAF backed by a seemingly formidable multi-layered air defense network. In the ensuing air-battle, PAF JF-17s shot down a Mig-21 Bison whose debris and pilot fell inside Pakistani territory. That pilot was taken into custody while an SU-30 MKI was also shot down. The Indian Prime Minister Narendra Modi was later forced to lament the absence of the French Rafale which he hoped might have produced better results for the IAF, and the IAF Western Command’s Air Officer was consequently removed. This implies that while the IAF continues to operate and add new types of aircraft in its existing inventory, it appears to be struggling to maintain an efficient pilot ratio, severability of aircraft and interoperability of an assortment of French, Israeli, Russian and British assets. As a result, the outcome is impacted along with IAF sortie generation capability during a prolonged conflict.

Shortly after India’s Jabba strike, there was a chorus of euphoria that India had established a “New Normal” and had “called Pakistan’s nuclear bluff.” However, analysts also believe that this scenario did not play out as widely projected because the IAF was unable to demonstrate its will and capability to retaliate against the PAF counter-strike and escalate further, despite losing two aircraft and a Mi-17 helicopter.

While Pakistan’s nuclear thresholds (their military, territory, domestic stability and economy) were no-where seen to have been breached, Islamabad was able to re-establish deterrence solely through conventional means. Pakistan did so in the air on February 26 and 27, and at sea on March 4 when the Pakistan Navy forced the most advanced Indian conventional attack submarine, the Scorpene-AIP SSK, to surface.

Conversely, India brought nuclear connotations in crisis after Pakistan’s air-strike, by swiftly operating its naval combat units that included its nuclear-powered ballistic missile submarine (SSBN), INS Arihant, along with other destroyers, submarines and frigates. Reportedly, India was also prepared to vertically escalate following the PAF’s matching response, not through the IAF as New Delhi was not willing to risk any further losses. Instead, India considered using ballistic and/or Brahmos cruise missile strikes against key Pakistani military targets. India was only deterred once Pakistan signaled it would swiftly engage in a three-fold disproportionate retaliation against Indian targets.

This brings up a previous example during the 2016 Doklam episode. During that crisis, India quickly resorted to nuclear signaling—specifically with readying the INS Arihant—which was found crippled when the Cabinet Committee on Security inquired of its operational status for immediate deployment. These crises reflect India’s sustained shift towards a pre-emptive counterforce posture as an extension to its massive retaliation doctrine, which suggests a proclivity for nuclear first use. This could be if and when a crucial threat is anticipated in the future, notwithstanding its official doctrine of No First Use.

The Pulwama crisis also witnessed a re-established pattern of third-party mediation but one that marked a radical departure from past crises. The United States initially supported India’s right to self-defense by approving their air-strikes as a counter-terrorism raid. But after the PAF counter-strike, Washington implored both sides to exercise restraint and step back from further escalation. U.S. mediation was also reportedly involved in the quick release of the downed Mig-21 bison pilot. Later Washington was also engaged in diffusing India’s missile threat, but only after Pakistan showed its intention to swiftly retaliate with greater force.

In addition, this crisis showed that the United States was not the primary third-party mediator—this time the active roles were played by Russia, China, United Arab Emirates and Saudi Arabia. America’s reduced influence as a crisis manager in South Asia has been the result of its growing strategic partnership with India as central to its Indo-Pacific strategy against a rising China, and a concurrent loss of influence with Pakistan in relation to Islamabad’s thawing relations with Moscow and regional re-balancing towards Beijing.

Moreover, the manner in which Pakistan was able to deter India from escalating the conflict, twice—after the PAF counterstrike and the threat of missile attacks—came as a surprise for many across the world. Particularly, it was worrisome for the United States, which views its strategic partnership with India as the most important alliance of the twenty-first century, to see that India hasn’t been able to operationalize its Cold Start Doctrine, or even achieve limited politico-military objectives against Pakistan which was routinely dismissed as nothing more than an irritant rather than a serious military contender.

The events of February 2019 show that there is a yawning credibility gap between what India has been projecting in terms of capability and resolve to take on China and Pakistan simultaneously. This is also implicit in its Land Warfare Doctrine 2018, which calls for maintaining the status quo and ensuring “minimum escalation” along the Line of Actual Control with China while seeking “operational ascendancy” along the Line of Control with Pakistan. Therefore, India might not be able to share the burden as “a net security provider” and “anchor of stability” for Washington. However, New Delhi will continue to project itself as the only viable strategic choice for Washington in its Indo-Pacific strategy against Beijing, and thereby secure access to advanced and emerging American military technologies.