India and Pakistan: A Thin Line between War and Peace 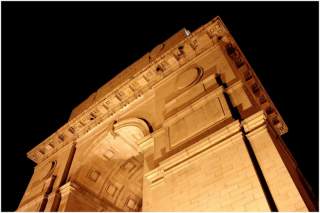 An early dividend of Narendra Modi’s election as India’s prime minister appeared on May 26, when Pakistan’s Prime Minister Nawaz Sharif visited New Delhi for the inauguration. In his winning election campaign last year, Sharif had declared, “If India takes one step for good relations, Pakistan will take two. We even want to put an end to visa requirements between the two countries...We want peace with India.” Now the two South Asian leaders are mutually pledged to resume a peace process that Sharif and then-Indian prime minister Atal Bihari Vajpayee had begun in 1999.

However, the hoped-for peace process could turn to war—with huge implications for the United States—if militant actors in Pakistan attack India in hopes of provoking Modi to overreact. Something like this happened in 1999. Then, Pervez Musharraf and several colleagues in the Pakistan Army launched a clandestine incursion into the Kargil region of Kashmir, which triggered a limited, hard-fought war that India won, with diplomatic assistance from Bill Clinton. Today, the likely instigators would be the Pakistani Taliban or other militant groups who wish to divert the Pakistani state from cracking down on them.

Many Pakistanis loathe Modi as a belligerent anti-Muslim Hindu fundamentalist. What distinguishes the militants from other Pakistanis is an interest in provoking Modi into military action that would unite Pakistanis in a war against India instead of against the militants themselves. Given Modi’s reputation and self-image as a strongman, it is difficult to imagine he would not respond forcefully to violence emanating from Pakistan. As one of his top advisors put it recently, “Modi will have to respond to an attack or he will lose all his credibility.”

During the last major crisis following the November 26, 2008 attacks in Mumbai by Pakistan-based Lashkar-e-Taiba militants, India’s leaders responded only with minimal political sanctions. This restraint was perhaps wise policy, as world and domestic opinion in Pakistan turned against the terrorists and their sponsors. But the lack of a cathartic military response left many Indians, including some senior figures in the armed forces, frustrated that the Pakistan Army did not suffer enough for harboring (if not authorizing) the terrorists.

These circumstances make it extremely difficult to see how another major terrorist attack on India would not escalate to war. And, if Modi did respond militarily, Pakistan Army leaders would feel that allowing him to “win” would reinforce the dangerous notion that Hindu belligerence pays, and that the already beleaguered Pakistan Army does not deserve the power and privileges it has long enjoyed. Humiliation would leave the Pakistani Army unable to claim the capability and authority to protect the country against its challengers abroad or at home. Facing such a prospect, the Army would feel hard-pressed to use every quiver in its arsenal, including its nuclear weapons.

Fortunately, Modi and Sharif, along with their electorates, understand that both countries would be much better off if they could expand mutual trade and other forms of peaceful interaction. Both societies and governments recognize that the perpetrators of violence and perpetual conflict are a small minority that threatens the internal well-being of each country as well as security and prosperity between them.

Thus, the challenge for Indians and Pakistanis—and for the U.S. government, which inevitably would be impelled to mediate a new conflict—is to take steps now to prevent major terrorist attacks on India and to prepare modalities to manage consequences if prevention fails.

The United States needs to be more forthcoming than it has been in the past in sharing intelligence with India on possible threats and holding Pakistan to account for its ambivalent counterterrorism performance concerning India. Indian leaders need to correct longstanding inadequacies in their intelligence and counterterrorism organizations, and prepare contingencies for responding to attacks that take full account of the risks of escalation. Pakistani leaders, especially in the Army and Inter-Services Intelligence, need to open genuine lines of communication with their Indian counterparts and demonstrate that they are doing everything they can to prevent future Mumbai-like attacks.

Cooperation like this must occur before an attack if there will be any chance of mitigating risks of escalation after one occurs. The stakes could not be higher. The United States cannot publicly orchestrate such cooperation, but it can (and should) work behind the scenes at high levels to facilitate it.

George Perkovich is director of the Nuclear Policy Program at the Carnegie Endowment for International Peace and has worked extensively on Indo-Pakistani security issues.

Toby Dalton is deputy director of the Nuclear Policy Program at the Carnegie Endowment for International Peace and has worked extensively on Indo-Pakistani security issues.