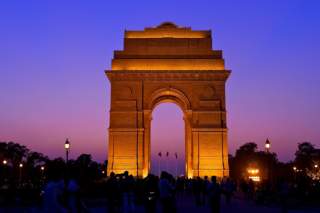 On August 15, India will mark the sixty-seventh year of its independence. The results of its national parliamentary elections will be official well before then. This country of kaleidoscopic diversity will have again transferred political power democratically and peacefully.

This may not strike Americans as exceptional, even if they’re reminded that elections have become routine at all levels of India’s polity and that turnout often exceeds what it is in the United States. So it’s worth recalling that in India’s early years there was much skepticism in the West about whether it would hang together, let alone build democracy.

There were other reasons to doubt that India’s experiment with democracy would succeed. The country was desperately poor, and what passed for a middle class was miniscule. Indians were largely illiterate, and their experience with democracy was brief and uneven. India lacked the characteristics scholars identify as preconditions for consolidating democracy. Its decision to adopt this form of politics, nonetheless, was as audacious as it was admirable.

So India has passed two fundamental tests it wasn’t expected to: it has stayed whole and preserved liberty and stability. Has it done well enough? No. India’s politics are marked—to a growing degree—by corruption; the power of money; political dynasties; and appeals to parochial loyalties, whether of caste, subcaste, religion, or language. Elected bodies contain knaves and criminals or those, whose qualifications are limited to good looks (Bollywood is deep into the political game) or athletic prowess.

Milan Vaishnav has discussed these dismaying realities in a recent op-ed; and you needn’t spend much time in India to see that he’s right. Yet such assessments lack comparative perspective. Indian democracy’s deficiencies may be doubly deplorable because India has many massive problems, particularly large-scale poverty. But the role of money, privilege, corruption, family connections, special interests and divisive appeals to subnational loyalties in politics is scarcely peculiar to India, and it is evident in the United States and other democracies. Americans’ dismay over this is clear from opinion polls showing that a majority of our citizens believe that we’re on the wrong track and that the coming generation won’t be as fortunate as we have been. Besides, Western democracies have had far more time to fix these problems. Yet they seem to be getting worse.

India tends to compare unfavorably to China in most assessments, and in economic performance, this verdict is justified. But for all the failings of their democracy, Indians enjoy basic freedoms that Chinese citizens lack, and China’s state-directed campaigns for modernization (the Great Leap Forward) or ideological purity (the Cultural Revolution) that killed tens of millions have no counterpart in India’s history. The Indian state has been brutal in places such as Kashmir, but its transgressions pale in comparison to Beijing’s.

Then there’s the army’s role in Indian politics. What’s extraordinary—certainly compared to other ex-colonial societies—is that it hasn’t had one. India’s soldiers stay in their barracks in peacetime. There hasn’t been an instance of what’s perennial in the politics of many developing countries: a military coup. India’s army has always been under strict civilian control.

Moreover, India’s political history lacks a Washington, Grant, Ike, Colin Powell, or Wesley Clark (for example). Military heroes are thanked for their heroism and, upon retirement, are expected to repair to their bungalows and clubs, sip scotch, and coddle their grandchildren. The closest India came to having a general as a contender for high political office was after the 1971 war against Pakistan. General Sam Manekshaw (a Parsi, it should be noted), the architect of India’s victory, became a national icon. But the love fest proved fleeting as a political matter. There were no cries of “Run, Sam, Run” or “Draft Sam” campaigns. Manekshaw was promoted to Field Marshal and retired to a bucolic hill station. The great warrior did what Indians always expect.

Don’t look to academic tomes for edification on India’s democratic success. The country contradicts the axioms and expectations of the “democratic transitions” literature. Paradoxically, some of the traits that made for skepticism about its democratic prospects proved to be advantages. This sprawling country houses what, in effect, are myriad civilizations organized largely as states that correspond to its numerous languages in a decentralized polity, albeit one that has some centralizing constitutional provisions.

Consequently, violence rooted in caste, religion, tribal identities, insurgencies, or labor disputes remains largely localized, and the shock waves seldom radiate far enough to generate national upheavals. Violence in Muslim-majority Kashmir (of which there has been plenty, and Kashmiri Muslims regard the Indian army, which metes out rough treatment, as an occupier) doesn’t disrupt the politics of other states with substantial Muslim populations (India’s Muslims being a diverse lot—not just in language, ethnic lineage and cultural customs, but in matters of religious doctrine and practice as well). Likewise, campaigns to change the borders of one state or to allow another to emerge from it don’t snowball. Ditto for squabbles over whether Hindi ought to be the national language (an issue that has mercifully petered out) or the wanton violence against Sikhs following Indira Gandhi’s slaying (by a Sikh guard) in October 1984.

This is why India’s considerable political violence, V.S. Naipaul’s “million mutinies,” doesn’t threaten the political system. Differences stemming from religion, language, and culture remain local, affirming Tip O’Neill’s quip about politics. While India doesn’t lack issues of national political salience, cultural multiplicity, decentralization and the (increasing) power of local parties reduce the number of issues with a countrywide scope and allow the central government to co-opt and divide in order to forestall national mobilization. This does create a trade-off between stability and efficiency by enabling the center’s inattentiveness to local needs and ensuring a steady supply of crooked, incompetent politicians who rule their own fiefdoms (not terribly well—and often terribly).

So far, this piece has been a positive portrait, but there’s another side to Indian politics, which is worth considering because we’re now at an important juncture in modern India’s history. Narendra Modi’s Bharatiya Janata Party (Indian People’s Party or BJP) will trounce the Congress Party in the national elections. The Congress has dominated Indian politics for all but a few years during the past six decades, helped by the Nehru dynasty: Jawaharlal Nehru, his daughter Indira Gandhi, his grandsons Sanjay and Rajiv, and most recently, Rajiv’s Italian-born widow, Sonia, widely considered the true wielder of power during what will soon be the decade-long tenure of the current Prime Minister, Manmohan Singh. Rahul Gandhi, son of Rajiv and Sonia and heir apparent, has been (fecklessly) leading the Congress’s desperate effort to retain power. Quite a run for one family.

The advent of Modi constitutes a big change. Unlike the blueblood Nehrus and Gandhis, he’s a former tea vendor who relishes contrasting his humble origins to the silver-spoon-in-mouth privilege of India’s preeminent political clan. Anyone who’s watched him address the multitudes—you can catch him on YouTube, but it helps to know Hindi if you want the authentic flavor of the oratory—knows that the everyman theme works for him because it doesn’t look like a character impersonation. In that respect, he’s the real deal, and Rahul is a cardboard figure. The end, or at least decisive interruption, of dynastic rule is one change this election will bring, and whatever one may think of the BJP, it’s a welcome change.

Another change in the offing concerns ideology and personality. Modi cut his political teeth in the Rashtriya Swayamsevak Sangh (RSS, loosely translated: National Volunteer Society), an organization that has been part of Indian politics since its formation in 1925. The RSS is a mélange of Hindu nationalism, martial drills and uniforms, and an India-is-superior trope that reeks of chauvinism. The political principle it’s most notorious for is “Hindutva,” which conflates “Indian” with “Muslim” and demeans Islam as an alien imposition on a glorious Hindu civilization harking back to the Vedic age.

There is much historical revisionism here, fantastical claims about ancient India’s achievements, and not a little bigotry. It’s not hard to understand why the RSS makes India’s Muslim population uneasy. They may constitute only 13 percent of the population but are 177 million strong, making India the third largest Muslim country, after Indonesia and Pakistan. India has nearly as many Muslims as Pakistan, and according to some calculations more.

It’s not just Modi’s regular homage to the RSS (though not during the election campaign) that makes him a controversial, polarizing persona. He was Gujarat state’s Chief Minister during a horrific episode of violence against Muslims. In February 2002, the torching of a train in Godhra killed over fifty Hindus, and there followed an anti-Muslim pogrom that killed 790 Muslims (and 254 Hindus) according to the authorities (other accounts assert that that’s an undercount) and spread to other parts of Gujarat. The police were condemned for inaction, even complicity, and Modi was condemned for negligence, even culpability. Though he has steadfastly denied the charges, the controversy dogs him and has figured in the election campaign.