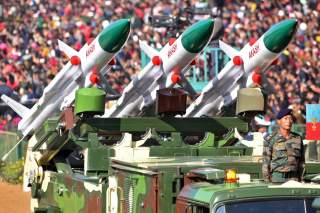 India’s foreign policy is being shaped into a new contour, right from Act East to Neighbourhood First, there is a new outlook for the traditionally globally reticent aspiring superpower India.

But traditional international relations theorists have lamented that India with its burgeoning economy and global diaspora will be a great presence more than a great power.

In order to understand how India sees the world, I gleaned insights from various conversations with several diplomats across New Delhi and Washington over the last few months on various issues from great-power competition to multilateral alliances.

Is India a great power or a great presence?

The United States, China and Russia (even in its erstwhile Soviet Union form) have all had one thing in common: a sense of assertiveness. Moscow, Beijing and Washington have been able to spread their geopolitical and economic clout to far-flung lands promoting either economic partnerships such as Chinese investments in Djibouti, Australia or Latin America or the United States and the USSR in defending their respective political ideologies.

India’s foreign policy, at the kernel level, is very deeply ingrained in strategic autonomy, which stems from its nonalignment days. The outlook is one where India’s Ministry of External Affairs (MEA) rejects making a choice between China, Russia or the United States.

Senior diplomats have implied that a similar choice is never posed to any of the other three powers. There has always been a concern in Beijing that New Delhi is tilting towards the United States—especially with regards to the dialogue mechanisms, the trade margins, mutual investments in each other’s country and joint military exercises.

One of the core foreign policy tenets under India’s Prime Minister Narendra Modi is the simultaneous engagement with all powers. MEA diplomats at headquarters have conducted two rounds of surveys in the Indian think community of the assessment of Modi’s foreign policy.

The vision is “equiproximity,” one where even Foreign Minister Subrahmanyam Jaishankar, who previously as Foreign Secretary, stated that India will maintain relationships with everybody in a mutual capacity but not without a sense of pride.

The relationships are drawn in terms of objectives, in terms of convergence, which are deeper than one individual, one leader or one diplomat.

India is determined to foster closer economic ties with countries in its neighborhood, and China is central to that vision. There is a geographically larger entity, one where India is confronted with a trade deficit and a border problem. However, there are several convergences between the two countries, particularly on trade, even though India has recently pulled out from the Regional Comprehensive Economic Partnership RCEP.

India demurs at a popular notion in U.S. foreign policy circles that she can be a credible economic counterweight to China. The Indian foreign policy think tank firmly believes that only the United States can act as a legitimate counterweight to China. Apart from having an economy that is five times smaller to China, India eschews from being a key pawn in the United States’ grand strategy of geoeconomic rivalries.

The MEA wants to craft an independent sense of Sino-India ties that are not beholden to the current expectation mismatch of roles that Washington expects Delhi to execute since they share similar democratic ideals and a strong strategic partnership.

There is the hangover of the Cold War ties between Moscow and New Delhi. India still firmly relies on Russia as a military supplier even though its pool of military equipment is diversified with stock from France, Israel and the United States.

The Russians have invited Indian investments as an alternative to the Chinese inroads in their own economy. Now, India is interested in more than the military-supplier relationship. In fact, it is eyeing the oil and gas sector in Russia. India made the first investment in this space in Sakhalin in the 1990s.

Russia is grappling with NATO, the European Union and Washington, its allies and various sanctions on its western borders. The MEA knows only too well that Moscow is looking to maintain convivial strong ties with India and leverage of Indian investments amidst western sanctions.

The recently concluded 2+2 meeting in December will once again bring to light convergence on issues of national security, foreign policy and trade issues. New Delhi understands that it doesn’t have the same economic clout as Brussels, Tokyo and Beijing, however, the crosshairs on trade with Washington are no less.

Cooperation on counterterrorism has become a higher priority in the wake of the US plans of troop withdrawal from the region. While several U.S. lawmakers have publicly spoken out on Kashmir post Article 370, there has been no firm shift in U.S. policy towards the region. New Delhi continues to keep Washington abreast of cross-border terrorism challenges.

As for trade, many outstanding issues remain after both sides have taken the other to the World Trade Organization. India has concerns about its trade relationship with the United States when it comes to steel and aluminum tariffs. India wants to reinstate the preferential market access to American markets under the Generalized System of Preferences (GSP) program. That program was suspended in June, which has stalled progress.

The United States feels that India is too strict on tariffs. Also, there is some concern about medical stents and Harley Davidson motorbikes gaining access to the Indian market.

India’s vision of the Indo-Pacific region can be traced to the Modi’s speech at Shangri-La Dialogue in 2018. He coined the acronym of SAGAR, which stands for Security and Growth for All in the Region.

On the Indo-Pacific strategy, there is a very high degree of convergence between New Delhi and Washington. The latter sees India’s geographical proximity as a positive attribute and the former sees the U.S. involvement in the region as economically and strategically beneficial in the wake of China’s presence in the South China Sea.

There is a sense of affirmation from both the United States and India, that the security of ASEAN region is of paramount importance. Statements made during the Quadrilateral Security Dialogue (Quad)—an informal, strategic dialogue between the United States, India, Japan, and Australia—show that there is a sense of inclusiveness, openness and ASEAN centrality at the core messaging.

India and the United States converge on six principles relevant to the Indo-Pacific context.

·      Open and stable international trade regime which is rules-based and balanced.

India is presently investing close to $10 billion in four countries—Nepal, Bangladesh, Afghanistan, Sri Lanka, with the possibility of a fifth in Myanmar. However, Myanmar is wary of new projects and investments following the influx of Chinese investments in 2015. In the Indian Ocean, India has the largest projects in Mauritius and Seychelles and significant projects in Indonesia and Malaysia. These projects focus mainly on railways and roadways. The Mauritians, too, have been wary of loans. That said, India was able to assuage their concerns and develop a creative mechanism for affording that to the island nation.

In the past five years, India has helped with building forty-five thousand homes in Sri Lanka. In Nepal and Bhutan, there are school projects underway. There is an efficiency measure to improve processes for projects taking into account viability, feasibility, modality and financial stability and thus help improve India’s image in the region.

India’s decision to be part of the SCO is strategic with historic links to the region dating back to the era of the erstwhile Soviet Union and a modern-day focus on energy interests in Central Asia. An upside of the SCO is that it serves as a common ground for Indian and Pakistani leaders to meet, given that the South Asian Association for Regional Cooperation engagement has drastically reduced.

An interesting fact about the SCO is that India and Pakistan have an extradition treaty through it even though no bilateral treaty on extradition exists between the two nuclear-armed nations.

India sees itself as a crucial balancing force with various alliances such as BRICS, an emerging economy bloc that includes Brazil, Russia, India, China and South Africa, and the Quad. The MEA believes that within the BRICS bloc, with the Russian and Chinese influence, India’s presence is a mitigating factor to prevent it looking as an anti-American and anti-western alliance.

Similarly, India brings a sobering and balancing effect to the Quad. Many diplomats believe that India’s presence precludes it from coming across an anti-China platform.