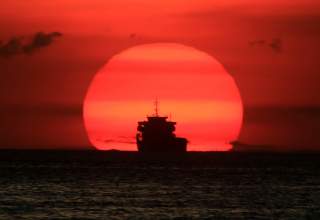 In recent years, India has developed multiple strategies to deal with China’s rise and threatening postures on both its land border and in the Indian Ocean. They include limited balancing based on asymmetrical arms buildups and informal coalitions with like-minded states and regular diplomatic engagement with Beijing both bilaterally and through multilateral forums. But the most significant non-traditional soft balancing efforts have been in building limited strategic partnerships with the United States and Japan as well as participation in ASEAN Forums, along with other regional groupings such as the Shanghai Cooperation Organization (SCO). The strategy is also based on institutional denial by not agreeing to China’s membership in the South Asian Association for Regional Cooperation and, most prominently, refusing to join the Belt and Road Initiative (BRI). There have been some efforts at creating counter economic cooperation initiatives with regional states as alternatives to BRI. The Africa Growth Corridor with Japan was planned in 2017 as a limited alternative to BRI, although it is yet to take full shape.

None of these strategic options has diminished the palpable differences in Beijing’s behavior toward India. As discussed in my just released volume, The China-India Rivalry in the Globalization Era by Georgetown University Press, the relations between the two Asian giants have remained a “managed rivalry” with ups and downs in terms of ‘hostile’ or ‘friendly’ interactions. Economic globalization has helped to reduce the intensity of the rivalry, but not to eliminate the issues that the two states compete over. Since May 2018, a limited détente is visible as China is facing considerable economic pressures from the Trump administration. The Modi-Xi summit in Wuhan in May 2018 and the several meetings between the two leaders at forums such as SCO and BRICS have helped to smoothen rough feathers since the July-August 2017 standoff in the Doklam plateau in the trijunction between Bhutan, China and India. The Trump administration’s trade policies have generated worries in both China and India as the United States has imposed tariffs on both countries, even though New Delhi has been trying to develop improved economic and strategic relationships with Washington. China, however, offers the most significant challenge to India’s core interests as Beijing’s larger goals in the Indo-Pacific clash with India’s. Thus far, India’s response has been limited to China’s expansionist policies. Why are India’s strategic options so constrained and why has soft balancing become such an important strategic tool for India?

There are four key reasons.

The first is economic. China has emerged as India’s lead trading partner and during 2017, China traded some $84 billion worth of goods and services with India involving a trade surplus of $52 billion for Beijing. Despite, all protestations from India, this huge trade gap is unlikely to change anytime soon, as Indian manufacturing and consumer industries are heavily dependent on Chinese products for cost and other reasons. India’s alternative strategy of developing products domestically through the “Make India” program has not advanced far in the face of the Chinese economic onslaught.

The second is the nonavailability of reliable partners to joining a balancing coalition who are not hampered by China’s wedge strategy. China’s approach toward India has always involved an effort to make sure India doesn’t form active balancing coalitions with parties, including the United States, Japan and Australia—the so-called Quadrilateral grouping. This is a form of wedge strategy, and China practices such a strategy in different regions by weaning potential partners in Southeast Asia and elsewhere through economic carrots and sticks.

Third is the U.S. strategy under President Donald Trump. Trump is not exhibiting a deep strategic vision vis-a-vis India as his predecessors George W. Bush and Barack Obama did. Trump wants America to withdraw from many of its commitments, including those involving India, without realizing how hard it was to build a rapprochement between the two ‘estranged democracies.’ For the past seventy years, almost all U.S. alliance partnerships have been jointly built around their economic and military relationships. Trump is placing economic tariffs on allies and adversaries alike, hoping to bifurcate the two. India is also included in that list of targeted countries. In addition, Trump’s immigration policies, in particular reducing the H-1 and student visas, are hurting potential Indian applicants more than those from most other countries. These policies are doing little to befriend India, and hence Modi has now decided to pursue a more appeasing strategy toward China. Under Trump, the United States is not a credible partner in the eyes of most allies, including India.

The lack of reliable partners is a challenge partially because India is unable to fulfill the requirements they expect of New Delhi. The United States is an unreliable partner for India despite its frequent statements of good intent. The lifting of sanctions on India in the nuclear nonproliferation area through the 2005 U.S.-India Nuclear Accord was a major symbolic act that allowed India to bypass many a stricture of the non-proliferation regime. India was expected to buy several U.S. reactors, but the nuclear resurgence in India did not happen due to the country’s inability to come up with a strong antiliability bill. In the meantime, the Fukushima accident in Japan generated much nuclear pessimism which has dampened the civilian industry’s growth worldwide.

Finally, India has a strong instinct for strategic autonomy, a hangover from its nonaligned days. Any time when pressures mount from multiple great powers, India has found the return to strategic autonomy an appealing option. Today, India is once again showing that it may pursue autonomy more than any other strategy because of the threats coming in different manifestations from China and the United States.

The United States has in the meantime been distracted by a number of other considerations. One of them is its interactions with China. The Trump administration, despite threats of trade sanctions, has not led an effective balancing coalition against Beijing, and the two areas this has manifested is in it’s inability to prevent the Chinese island reclamations and naval buildup in the South China Sea, along with the Chinese navy’s increasing forays in to the Indian Ocean.

The Obama pivot to Asia strategy did nothing to dampen Chinese expansionism into the Indo-Pacific. Its deterrent effect was nil. Instead, by helping generate a fear of future containment, it probably encouraged Beijing to accelerate its naval expansion. So, China perceived a short-term window of opportunity to maximize its strategic presence in South China Sea and the Indian Ocean before the United States brought in additional forces and military deployments.

More importantly, America’s withdrawal from the crucial Trans Pacific Partnership (TPP) has signaled to China that soft balancing through this particular economic instrument will not happen. The Trump administration’s lack of interest in regional institutions also hampers soft balancing efforts. Washington is developing heavy weapons. including aircraft carriers. for deployment in the Pacific, but Beijing is not planning a major arms race based on an equivalent strategy. The incremental pace with which China militarizes the region is not creating an imminent crisis, and the United States has not been able to muster domestic or international support to confront China in a preventive manner. The occasional joint military exercises such as Malabar and the freedom of navigation naval visits in the South China Sea are not producing the outcome of restraint—let alone containment.

China is using economic globalization and interdependence for its military and naval expansion in such a manner that no parties feel that the threat is strong enough to justify the costs of balancing China in an effective or urgent fashion. For effective balancing coalitions to emerge, the security threat has to be seriously felt by affected states.

India, like other potential allies of Japan and the United States, is thus restrained from adopting any strategy that goes beyond limited hard balancing and somewhat vigorous soft balancing toward China. The limited hard balancing depends on unequal arms purchasing and deployment, but the soft balancing relies on regional and international institutions as well as lower level strategic partnerships to constrain China’s threatening behavior. The intended message appears to be that these soft balancing instruments could be upgraded to hard balancing if the threats become overwhelming. It’s possible that allies in Southeast Asia, particularly ASEAN countries such as Vietnam and Indonesia, are also not keen on actively balancing China, although there is some interest in soft balancing among Vietnam, Indonesia, Malaysia and Singapore—and this is giving India more opportunities in this is regard.

So, what strategic options does that leave India with? A continuation of current low-key balancing is not a bad strategy, as hedging will allow India a certain kind of maneuverability in the short and medium term. However, India needs an alternative to the BRI, and this is where New Delhi may have a chance to build or rebuild its links with neighboring countries and beyond. The Asia-Africa Growth Corridor initiated by Japan and India in May 2017 has yet to take off. This was supposed to be an answer to China’s BRI by focusing on quality infrastructure, digital connectivity, and improvements in health and agriculture as well as human skills development in countries in Africa and Asia. There is also a plan supported by Japan to develop infrastructure in India’s Northeast, connecting the region to Southeast Asia and China. The latter may also allow linking with select BRI components if China is willing to collaborate in a selective fashion. Not allowing all neighbors to fall into a dependent relationship with China is in India’s interest, though New Delhi still needs to keep the United States, Japan, ASEAN and Australia as potential allies in case Chinese nationalism and expansionism turn sour.