Is Indo-Pacific the 'New' Pivot? 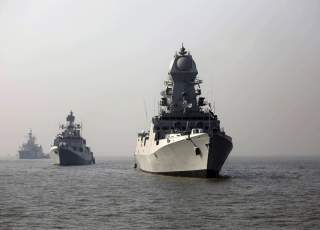 Government officials and scholars around the world have quickly switched their labels for Asia from “Asia Pacific” to “Indo-Pacific” after President Donald Trump popularized the latter during his first Asia trip in November 2017.

“Indo-Pacific” as a geopolitical concept first appeared in European publications in the 1920s. For example, it was mentioned in retired German general Karl Ernst Haushofer’s Geopolitics of the Pacific Ocean. In recent years, however, several countries, including the United States, Japan, Australia and India, have rekindled their interest in this concept, with some people suggesting that the four countries should form a democratic quadrangle in the region. In fact, the four countries held the first quadrilateral meeting at the ministerial level on the sidelines of the 2017 ASEAN Summit in Manila recently. While all four members have denied any connection of the quadrilateral to China, there is absolutely no doubt that the rise of China has led them to balance that rise and perhaps contest the new hegemon.

U.S. Secretary of State Rex Tillerson first promoted a “free and open Indo-Pacific” in his speech at CSIS on October 18, boosting India’s stature in America’s Asia policy, and President Trump mentioned “Indo-Pacific” several times during his Asia trip. However, it is unclear exactly what this concept entails—especially regarding the future relations between India and China. It may be tempting to group democracies in the region as a natural camp against the rise of a nondemocratic China, but such a division will have unsettling consequences for a largely peaceful and stable region.

India is a leader in the nonaligned movement and has maintained an independent foreign policy since 1947. Unlike the United States and Japan, the Indian government has not showed much enthusiasm and has wisely taken a restrained approach towards the “Indo-Pacific” concept, mindful of China’s sensitivities. For India, such a concept is neither new nor particularly exciting since India’s “Look East” and “Act East” policies already consider itself as part of the dynamic Asia. If India joins a potentially anti-China camp as some might have hoped, then India’s relations with its largest trading partner will undoubtedly deteriorate and Asia will become more unstable.

Both India and China follow the “Five Principles of Peaceful Coexistence,” known as the Panchsheel Treaty, which was developed by Jawaharlal Nehru and Zhou Enlai, so external nomenclatures such as “rebalance” to Asia or “Indo-Pacific” are unlikely to disrupt India-China relations. The India-China standoff at Doklam/Donglang that ended diplomatically in August is quite telling of the relationship: it’s full of challenges, but the two powers have the wisdom and will to resolve their problems peacefully.

Due to long-standing border disputes, power rivalry, and strategic distrust, India and China have their work cut out for them to improve their complex relations in the years ahead.

First of all, this relationship is asymmetric. While China does not take India very seriously, India is super-sensitive to every move China makes. The Chinese tend to ignore India and even deride its “backwardness” while Indians are fixated on China, determined to beat the giant neighbor in every aspect. Those Chinese who have briefly visited India with a superficial understanding of the country often report that India is dirty and messy and is decades behind China in infrastructure.

But India aims to catch and surpass China, much like China’s focus on the United States. Indian students studying in China have increased steadily in the past decade. A record 18,717 Indian students were enrolled at Chinese colleges in 2016. In contrast, only about two thousand Chinese students were studying in India. In the past two decades, China invested tens of billions of U.S. dollars in Africa and Latin America, but its share of total foreign direct investment in India is only 0.5 percent, despite being India’s largest trading partner, according to India’s Department of Industrial Policy & Promotion. Going forward, China will need to pay more attention to India and India must work harder to entice more investment and young people from China.

Second, the 1962 war casts a long shadow on relations today. Prime Ministers Nehru and Zhou formed close personal bond in the early 1950s as they worked together to push for South-South cooperation. Yet the border war broke out in October 1962, setting back the relationship, and Indians still feel deeply humiliated.

If there is another war, India is determined to take revenge. Statements such as “The India of 2017 is different from what it was in 1962” by India’s defense minister Arun Jaitley reveal such sentiment. Meanwhile, China continues to fume over India’s hosting of the Tibetan government in exile and allowing the Dalai Lama to visit the disputed Tawang area. One should not forget history, but it is unwise to let historical disputes dictate relations today.

Third, and most significantly, India and China are engaged in a strategic rivalry, particularly in South Asia and the Indian Ocean. The two countries have cooperated well in BRICS and Asian Infrastructure Investment Bank, and recently India, together with Pakistan, joined the Shanghai Cooperation Organization. But India remains frustrated by China’s “all-weather friendship” with arch-enemy Pakistan, which opposed India’s bid in the Nuclear Suppliers Group and provided tepid support to India’s ambition to become a permanent member of the UN Security Council. China, on the other hand, is irritated by India’s strengthening of strategic ties with the United States and Japan and growing voice in the South China Sea brawl.

China opened its first military base overseas in Djibouti in 2016. Djibouti’s position on the northwestern edge of the Indian Ocean has fueled worry in New Delhi that China is encircling India with a string of partnerships that include Sri Lanka, Bangladesh, Myanmar and Nepal. China’s Belt and Road Initiative has generated widespread interest. So far India has not publicly supported it and dislikes the China-Pakistan Economic Corridor (CPEC) that passes through the controversial territory of Kashmir.

Frankly speaking, it will not be easy to overcome key hurdles in Sino-Indian relations. To allay mutual security concerns, India and China could work together to implement the proposed Bangladesh-China-India-Myanmar Corridor, and interlink it with the CPEC and thus create a grand South Asian Economic Corridor, as suggested by an aide to India’s former Prime Minister Atal Bihari Vajpayee. China should also help India to become a full member of the Asia Pacific Economic Cooperation.

A free, open, prosperous and inclusive Indo-Pacific serves the long-term interests of all countries in the region. But if this concept turns out to be a divisive vision for Asia, both India and China must oppose it since it will destabilize the region and add fuel to the fire in the delicate bilateral relationship. As two large emerging powers, India and China have huge stakes in Asia’s future. Obviously they will benefit from a cooperative, not a confrontational, relationship.

Zhiqun Zhu, PhD, is Professor of Political Science and International Relations at Bucknell University, USA. He can be reached at ([email protected]).