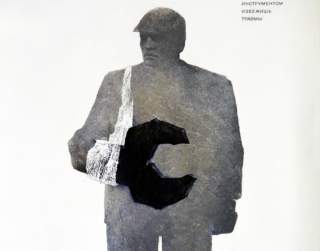 In Svetlana Alexievich’s 2015 Nobel Prize lecture, the 68-year-old Belarusian journalist explained the passion and necessity which underlies her work:

“We haven't been able to capture the conversational side of human life for literature. We don't appreciate it, we aren't surprised or delighted by it. But it fascinates me, and has made me its captive. I love how humans talk ... I love the lone human voice.”

A brutally honest collection of these human voices compose the majority of Alexievich’s latest book, Secondhand Time: The Last of the Soviets (translated into English by Bela Shayevich). Described as “an oral history,” Alexievich rarely injects her own commentary into the stories, with the exception of an introduction, explanatory footnotes, and clarifying parentheticals. As in her other works, Alexievich has cobbled together a series of diverse tales of the everyman, allowing the uninitiated to sit down, lean in, and listen with the author. Thus Alexievich is able to present those she interviews without detached biographical sterility: rather, as in any oral history, raw emotion and the idiosyncrasies of memory are on full display.

Through her conversations with ordinary post-Soviet people, Alexievich seeks to explore “Homo sovieticus,” the species arising from “seventy-plus years in the Marxist-Leninist laboratory.” They are “both like and unlike the rest of humanity,” Alexievich muses, for she is one of them. “[We] have our own lexicon, our own conceptions of good and evil, our heroes, our martyrs. We have a special relationship with death… At heart, we’re built for war… We’ve never known anything else.” Her book examines the curious and often confused relationship of Homo sovieticus to the post-Soviet world.

Secondhand Time is composed of two parts, covering the periods 1991-2001 and 2002-2012. Each part is further divided into a section entitled “Snatches of Street Noise and Kitchen Conversations” and a collection of ten personal stories. The former is exactly as it sounds—a jumble of anonymous, undated conversations overheard in the common fora of the post-Soviet world, revealing the uncensored opinions of the average Homo sovieticus on everything from money and politics to the nature and purpose of suffering. The personal stories, too, touch on many topics, but are generally focused on one person or a small group of people.

Several interesting themes arise repeatedly in these narratives; notably, a sense of post-Soviet rootlessness and Soviet nostalgia. To the casual observer, a longing to return to an oppressive regime seems like the highest form of masochism. But reading about the suffering and uncertainty of the 1990s from the viewpoint of those who actually lived it, rather than through the rosy lenses of Western optimism, makes the wistfulness of Homo sovieticus seem plausible even to outsiders. Though widely praised in the West, and initially by many Soviets, Gorbachev’s legacy in Russia has become heavily tarnished. “I hate Gorbachev because he stole my Motherland… Instead of a Motherland, we live in a huge supermarket,” one person remarks, also tapping into a common source of resentment—the ostentatiousness of new capitalism. Many challenge the narrative of the 1990s as a liberating period in history. “I wouldn’t call it a beautiful time, I’d say it was revolting,” comments another speaker.

Nostalgia for the Soviet Union—even, in some instances, the Stalin era—is common throughout Alexievich’s collection. Despite the knowledge of Stalin’s crimes, a mentality still exists that suggests, in the words of one anonymous interviewee, “without Stalin and Stalin’s Party, we would have never triumphed.”

Margarita Pogrebitskaya, a fifty-seven-year-old doctor whose story appears in the first part of the book, attempts to explain the seemingly peaceful synchronicity of atrocity and everyday life:

“You have to ask how these things coexisted: our happiness and the fact that they came for some people at night and took them away… For some reason I don’t remember any of that. I don’t! I remember how the lilacs blossomed in the spring, and everyone outside, strolling; the wooden walkways warmed by the sun.”

The selective memory involved is mystifying, yet understandable—survival is as much psychological as it is physical, as many of these stories vividly show.

Of course, the millions of people who found themselves without a country after the fall of the Soviet Union are by no means a monolithic entity. Alexievich includes a few stories of younger people who have had radically different experiences in the post-Soviet world. One of them, Alisa Z., a thirty-five-year-old advertising manager, decries the Soviet romanticism of her parents, lives for the fast-paced, competitive world of capitalism, and openly praises the more material culture which developed after the fall of the Soviet Union. Tanya Kuleshova, a twenty-one-year-old Belarusian student who was arrested and imprisoned for a month for protesting the December 2010 Belarusian presidential election, did not really experience the Soviet Union. She concisely sums up the rationale for the movement of educated young people toward a more accountable government:

“This was our city [Minsk]. Our country. Our rights are clearly laid out in the constitution: freedom of assembly, protests, demonstrations, rallies…freedom of speech… There are laws! We’re the first generation that’s never been scared. Never been flogged. Never been shot at… We can’t let the authorities believe we’re just a flock of sheep that blindly follows the shepherd!”

Yet in light of the brutal treatment of protesters by the police, Kuleshova acknowledges that “as long as it’s only us educated romantics out in the streets, it’s not a real revolution.” There is much work to be done, and it’s unlikely that large-scale change will be effected anytime soon as long as those who are interested in protesting remain in the minority.

Secondhand Time is a reminder that losing a long-ingrained identity—a framework in which to understand the world—has been more devastating to Homo sovieticus than most of us can imagine. With such a confused sense of national identity and purpose, it is easy to see why the strong hand of Putin has such a wide appeal in Russia. As one interviewee put it, “[Russia] has a tsarist mentality, it’s subconsciously tsarist… The Tsar, the Father of the Russian people! Whether it’s a general secretary or a president, it has to be a tsar.”

By dealing frankly and personally with the tragic and violent history of the Soviet Union and the aftermath of its collapse, Alexievich has compiled a broad and varied survey of the post-Soviet sphere by amplifying everyday stories into larger truths. Though at times the subject matter makes the nearly five-hundred-page book difficult to read, it provides unique insight into Russian political culture—useful for anyone interested in understanding post-Soviet opinion or in crafting thoughtful, contextual policy toward Russia and the former Soviet sphere.