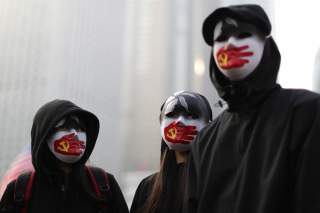 Millions of Chinese continue to live under strict quarantine in Wuhan and nearby cities after Chinese authorities in Beijing finally acknowledged the existence of the coronavirus. China’s public health measures were, as usual, too little and too late and prevented early interventions that might have saved lives and curtailed the worldwide spread of the virus. On February 3, 2020, the World Health Organization (WHO) finally declared the coronavirus epidemic a “Public Health Emergency of International Concern.”

True, much of the reporting about the coronavirus has exaggerated its impact. The 2019–20 influenza outbreak has been far more lethal and it could be just as contagious—if not more so—than the coronavirus. Still, unsanitary conditions in China and a generally poor public health infrastructure has led to several hundred deaths, with more fatalities inevitable as the disease continues to advance and as many Chinese patients avoid hospitals.

China has long played politics with epidemics. During the SARS epidemic, for example, Beijing withheld information from Taiwan and also prevented WHO from responding effectively in Taiwan, risking global health in order to score points on Beijing’s imperialistic “One China” policy. Taiwan has responded far more effectively to the coronavirus than communist China has, but the WHO refusal to differentiate between China and Taiwan has led the island to suffer unnecessarily the international airline ban imposed in order to slow the spread of the virus.

If China is willing to play hardball with international organizations in order to reinforce and expand its authoritarian control, then perhaps it is time for the Trump administration to do the same, only for the opposite purpose.

Chinese authorities are conducting full-scale ethnic cleansing if not genocide in Xinjiang, as they incarcerate more than a million Uighur Chinese and try to eradicate even more by, among other things, forcing those remaining outside the camps to take Han Chinese into their homes and even allow them to sleep in the same beds as the imprisoned Uighur’s wives. While China has sought to keep the international community and reporters away from the camps, the United States and other Western and democratic countries should pressure WHO to inspect them. After all, there are hundreds of thousands of prisoners in each camp exposed to inadequate nutrition and sanitation. Thus, these camps could be extremely vulnerable to the epidemic’s spread. Chinese authorities, of course, say the camps are merely re-education and vocational centers. If that is the case, then the new public health emergency warrants an inspection of those camps.

WHO’s authority amidst pandemics is open to interpretation. According to its own publications, its authority includes “monitoring the health situation and assessing health trends.” This could form the basis for international demands to inspect the Uighur camps, and perhaps lead to calls to sanction Chinese authorities and businesses further if China does not comply with the inspections.

The United States is engaged in a great-power struggle with China, one that hinges on military and economic strength as well as ideologies. China’s slow response to the coronavirus has rallied anti-China sentiment throughout the region. Chinese diplomats may condemn that as racist and, indeed, some of the rhetoric in the Philippines, Indonesia, and Vietnam has been racist, but China’s freedom deficit does have real costs and it should be the policy of the United States to point those out at every opportunity. In the case of China’s mass incarceration of the Uighurs, not only leveraging WHO and international opinion against China’s own racism against Muslims and its ethnic minorities be the right thing to do morally and diplomatically, but it might also save thousands of Uighur lives and advance the fight against the new pandemic as well.