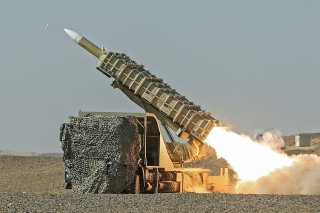 Regardless of what happens between the United States and Iran in the nuclear talks, one inexcusable strategic faux pas Washington has continued to commit throughout this diplomatic process is its inability to establish an integrated air and missile defense (IAMD) system in the Gulf.

Granted, this has been a collective failure. Washington cannot force the issue on its Gulf Arab partners. These countries must be the ones aggressively pushing for it and tacitly cooperating. They have not done so because of distrust among them and a poor understanding of the value and technical workings of IAMD.

The Americans have also failed in their role. As the senior partner with the unique expertise and the necessary tools, Washington bears considerable responsibility. The last time U.S. decisionmakers put forward a serious Gulf IAMD proposal was in 2008, when Defense Secretary Robert Gates led the initiative.

President Barack Obama took office the next year. His top priority in the Middle East was to seek a rapprochement and ultimately sign a nuclear accord with Iran, which he did in 2015. Developing a feasible plan to address Iran’s increasingly advanced missile capabilities was not an urgent priority of the Obama administration. President Obama did hold two summits with Gulf Arab leaders in 2015 and 2016 during which U.S. officials discussed IAMD with their Gulf Arab counterparts, but no real effort was made to turn this idea into reality.

President Donald Trump had another opportunity to get Gulf IAMD right. His administration correctly diagnosed the Iran challenge in its totality as opposed to through the narrow prism of the regime’s nuclear activities. But the American policy of maximum pressure did a terrible job in curbing Tehran’s nuclear enrichment, constraining its missile arsenal, or countering its violence across the region. Trump assured Saudi Arabia and the UAE they would receive American protection, but he did nothing to move forward on IAMD. Iran even managed to strike major Saudi oil facilities in Abqaiq and Khurais from its own territory with drones and cruise missiles in fall 2019.

President Joe Biden can now correct past strategic mistakes. The process begins with recognizing the compelling rationale for building an effective IAMD system in the region. Such a shield would offer protection not only for the Gulf Arabs but also for U.S. forces and embassies in the region. Those American assets are within range of Iran’s missiles, which makes addressing this serious threat a critical U.S. responsibility.

A regional IAMD system should also create a more potent deterrent. If the Gulf Arab states are indeed able to jointly develop with the United States a more credible capability to detect and intercept lethal Iranian projectiles, Tehran might think twice before launching an assault. This is called “deterrence by denial.” To be clear, IAMD may not always prevent Iranian attacks, but it will no doubt influence Tehran’s calculations.

What the Obama and Trump administrations did not realize was that IAMD in the Gulf would have been a powerful companion to any policy toward Iran, be it rapprochement or maximum pressure. This initiative should have never been viewed as a distraction to the nuclear talks, or as a provocation against Iran. Rather, it remains a vital enabler.

Had regional IAMD been pursued with vigor and determination prior to or, less ideally, during the nuclear talks with Iran, Washington and its Gulf Arab partners would have been able to create additional leverage against the Iranians. It wouldn’t have nullified the Iranians’ extensive missile and drone capabilities, but it might have dented their confidence and incentivized them to make concessions in the nuclear talks. Indecision on IAMD for many years has benefited Tehran on several fronts.

Gulf IAMD would also be consistent with the Biden administration’s global priorities. There’s plenty of room for greater efficiencies in America’s defense posture and investments in the Middle East. That is what the forthcoming new Global Force Posture Review, itself informed by the new National Defense Strategy, is likely to reveal.

These potential military adjustments by Washington in the Middle East, probably necessary for the introduction of more U.S. firepower in the Indo-Pacific region, are most effective and economical if accompanied by Gulf IAMD. Indeed, such a system should be the single most important item on any U.S. agenda that seeks to reallocate resources from the region to the Far East.

So what would it entail to fulfill this long-discussed priority? What role would the Gulf Arabs have to play? On the American side, it will require leadership from the top. Biden must publicly endorse the idea and explain to his Gulf Arab partners, as well as the Iranians, that he will be more committed than any of his predecessors to its implementation. Otherwise, Tehran will expect business as usual and the Gulf partners won’t even listen. They’ve heard these empty promises before.

Once Biden communicates America’s resolve, he should task his Secretary of Defense and his Secretary of State to cooperate closely given their departments’ mutually reinforcing equities and responsibilities in the area of missile defense.

The Under Secretary of Defense for Policy should serve as the civilian champion and coordinator of the initiative. His office will enable and oversee the activities of U.S. Central Command (CENTCOM), which will be given the order to implement the initiative.

To ensure compatibility between U.S. and Gulf Arab missile defense systems (i.e., all being of the same kind—Patriot and Terminal High Altitude Area Defense (THAAD)—and working on the same mode of Identification Friend or Foe and with the same Link-16 communications system), the Foreign Military Sales (FMS) process of the State Department would have to be aligned with this new-old strategic priority.

With the effective supervision of civilian leadership in the Pentagon, the Defense Security Cooperation Agency (DSCA), which manages the FMS program for the Defense Department, would have to be laser-focused on this missile defense mission and eschew its old habits of selling arms to the Gulf for the sake of selling. In addition, DSCA would have to shed another pathology, which is looking at FMS cases by country as opposed to by region. Any effort to build regional IADM must be underpinned by a security cooperation enterprise focused on coaching and mentoring partners through the FMS case management process to invest in vital contributions to a regional architecture.

For their part, the Gulf Arab countries must come together on this issue. Without their cooperation, a shared early warning system (SEWS) across the region cannot be installed. Such a system, which the Gulf Arab partners would have to acquire through the FMS program, is the most critical element of IAMD—the first layer of defense. It provides fast and uninterrupted reporting on the location and trajectory of ballistic missile launches so countermeasures can be prepared and civilian populations can be warned and protected.

The SEWS is administered and deployed by the U.S. Air Force in many partner nations around the world to cue missile defenses. In this case, the United States will serve as a hub providing data through its satellites to all the SEWS terminals with its Gulf partners. It would be much less helpful for each Gulf Arab nation to have its own bilateral threat warning arrangement with the United States, but that is historically what they have asked for. The Gulf Arab partners don’t trust one another enough to share data.

There are two reasons why an integrated network across the Gulf region is a must. First, geographic distances are too short in that part of the world. Second, as a result of these distances, response times to potential missile launches are too tight. All partners must participate in the same air defense network, which includes SEWS, a suite of radars both short and long range, and civil aviation air control systems.

These Gulf Arab countries’ air and missile defense staffs would participate in a coalition, hub-and-spoke system that includes command-and-control representation. This allows the United States and its Gulf Arab partners to be on the same “frequency” in order to effectively deter or defend against the threat.

To illustrate with a real-life example: The SEWS in Qatar picks up a missile launch from Iran, then immediately national air defense command posts in the UAE (or in Saudi Arabia or in Bahrain) will register it because they’re all on the same network. This allows the UAE to immediately activate its Patriot or THAAD batteries based on information picked up by the hub in Qatar. It all depends on the location of the sensors, and the trick is to tie the sensors together in a common regional framework across the Arabian Peninsula.

A common missile defense architecture of satellite and radar data would require willing Gulf Arab nations—no fewer than three or four of them, including the Saudis, the Emiratis, the Qataris, and the Bahrainis, and ideally the Israelis now that they are officially part of CENTCOM—to sign a binding agreement with the United States that creates a regional IAMD command-and-control network. The structure of such a relationship would be based on similar arrangements that exist within NATO and the coalition defense architecture for the Korean Peninsula.