International Law is on Azerbaijan’s Side in Karabakh 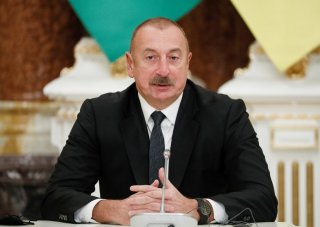 In light of the International Court of Justice’s exceptions, the key differences between the Kosovo case and the Karabakh case are that unlike Armenia’s occupation of Karabakh and adjacent districts: there was no Bosnian military occupation of Kosovo, or a massacre of the local Serbian residents in Kosovo similar to the Kojali genocide in 1992. Additionally, the independence and merger process of Karabakh to Armenia was accompanied by a massive violation of the human rights of almost a million Azerbaijanis, including their ethnic cleansing from the Occupied Territories. These transgressions made the declaration of independence in Karabakh invalid under international law.

The declaration of the “Nagorno-Karabakh Republic” in the territory of Azerbaijan by using force does not meet the recognition and statehood conditions, as required by the Montevideo Convention. This entity is fictional, without any legitimate territory, economic, military, political, or financial independence. In the post-war period, for instance, Armenia’s annual support dramatically increased, providing up to $300 million to the local regime’s operations in Karabakh, an increase of 50 percent compared to the pre-2020 era. It pays for salaries, pensions, utilities, infrastructure, local programs, and the military. It is an entity completely dependent on Armenia in all material respects. It is very similar to Russian entities—namely, the so-called “Donetsk People’s Republic” and “Luhansk People’s Republic” in the occupied parts of Ukraine. For all intent and purpose, the so-called “Nagorno-Karabakh Republic” is an extension of the state of Armenia in the territory of Azerbaijan, which bars any international recognition by virtue of the fact of military occupation.

Abusing the principle of self-determination for territorial expansion is one of the key factors fueling the post-Soviet space. The international community did not view the secession movements in Crimea, Catalonia, and Kurdistan positively. The Azerbaijani case is no exception; international law does not recognize any exceptions to the territorial integrity of Azerbaijan.

The reality is that neither developed nor developing states today recognize the right of an ethnic group to declare independence in its territory or merge with a neighboring state. There is no emerging customary international law to support claims for self-determination or remedial secession based on historical or ethnic arguments. On the contrary, there is a global trend toward dealing with such issues within the framework of evolving minority rights protection mechanisms.

The rights of ethnic Armenians in Karabakh shall be addressed within the rules of minority protection under international law rather than in terms of statehood. The current framework for the protection of national minorities stipulates extensive cultural, language, educational, and related rights for minorities short of secession rights. For example, the Council of Europe’s Framework Convention for the Protection of National Minorities, which both Azerbaijan and Armenia ratified, obliges signatories to respect the rights of national minorities, undertaking to combat discrimination, promote equality, preserve and develop the culture, language, and identity of national minorities, etc. If there are allegations about discrimination or breach of minority rights, there are available legal means or group action, including the right to refer complaints to the European Court of Human Rights or monitoring bodies for specific conventions. The UN minority rights framework provides another platform for the protection of national minorities, which provides extensive minority rights, reporting, and compliance mechanisms. The ethnic Armenian minority in Karabakh will be able to use such extensive minority rights granted by international law and Azerbaijan’s commitments. There is no reasonable basis to claim that Azerbaijan will not be able to fulfill its minority protection obligations under international law with regard to its ethnic Armenian citizens. The international community should give it a try.