International Organizations are the Devil’s Playground of Great Power Competition 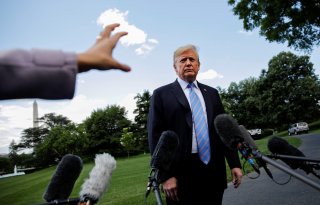 An effective approach to communicable diseases requires a global effort. Otherwise, they can crop up and spread before they are detected. If the WHO cannot be reformed to fill this function effectively, then America should seek to set up an alternative, but it needs to include all nations. That will be a much heavier lift than fixing the WHO.

Replace. Where organizations with a critical mission are failing and can’t be fixed, then America should establish new international organizations and frameworks. It should be brave enough to be bold and not dismiss the value of new freedom-oriented organizations. It should ignore the critics who think changing, abandoning or replacing an ineffective status quo is selfish and isolationist.

A Free World Free Trade Agreement to complement or supplant the WTO might be an approach worth considering. In 2001, analysts at the Heritage Foundation proposed a Global Free Trade Agreement, under which nations meeting established standards of free trade and investment practices could agree to further reduce or eliminate their trade barriers, minimizing the need for lengthy negotiations that often hamper bilateral or multilateral trade deals.

The time is ripe to stitch together a reform, withdraw, replace plan and lead the free world in using international organizations to protect and expand freedom around the world.