Interview With Dr. Josh Sharfstein: “We Need to Prepare and Assume That the Coronavirus Could Be as Bad as Italy.” 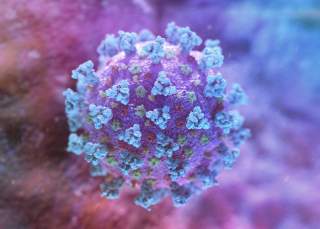 Heilbrunn: How severe do you think the coronavirus will become in America?

Sharfstein: It’s hard to make a prediction whether we’ll be seeing the kinds of problems that Italy is seeing now, or whether we’ll be experiencing this condition more like South Korea or other countries that have just not had the sheer volume of cases and deaths that Italy has had. It’s hard to say, but I think that we need to prepare and assume that it could be as bad as Italy and really take all the potential precautions.

Heilbrunn: Do you think that we are taking those precautions?

Sharfstein: I sense a lot of movement, even in the last couple days. It’s a fast-moving situation here. I think universities are doing quite a lot over the last day. A number of cities have taken stronger actions. And I think the cases may start to creep up—people are watching Seattle very closely—but I don’t think we’re there yet. But I think that things can move very quickly.

Heilbrunn: So, do you feel more optimistic or pessimistic? Do you think the efforts in recent days are sufficient or are moving in the right direction? Or is it just difficult to know because we still aren’t doing that much testing?

Sharfstein: There are a few reasons why it is difficult to know. The lack of testing capability is certainly one of them. But I think that it’s hard to be optimistic at this point. I think that we have to be realistic. We could be facing a lot of cases and it could be sporadic. It could be in one part of the country that gets really badly hit, such as what’s going on with Seattle right now, which is very worrisome. We’ll start to feel better if Seattle is able to see its way through this with its healthcare system able to handle all the cases. But if the city gets really overrun and the patients need to be moved elsewhere, I think that’s a major warning sign and a need for probably a lot more aggressive action in other places.

Heilbrunn: Do you think Governor Cuomo did the right thing with New Rochelle in trying to essentially quarantine?

Sharfstein: Well, he’s letting people in and out. I think that people are maybe misunderstanding and misusing some of the terms and that’s creating a little bit of confusion. Like, very strong recommendations for things that people then realize are a good idea is different than having a police car in front of someone’s house forcing people to stay home. The idea of saying we’re going to ask people to really stay put and ask people not go to their office buildings, and this is what we need to do for good public health reasons, but not without a threat of force—but with the power of moral authority and scientific arguments—that’s okay. Seeing more of that is probably not a bad thing. What would be very hard to create in the United States is a military-enforced quarantine, which I don’t think is going to work and, in many ways, can provoke the opposite reaction because people aren’t doing it because they’re convinced or are inspired but because they’re forced to. That could go wrong in a lot of ways—I really hope we don’t arrive at that situation.

Heilbrunn: What kind of ways could that go wrong? You think it could actually exacerbate the spread of the virus?

Sharfstein: I think the concern of other places perhaps is that if people are forced in then they’re not able to get the care that they need and their outcomes could be worse. They could perceive that it’s being done for one reason or another and all kinds of misinformation can be spread. And people can be terrified in other places so the first thing that they do at the first sign of illness is run and spread the disease more. So, in general, public health measures—even if they are on the more draconian side—have more validity and work better if people are doing them because it’s the right thing to do.

Heilbrunn: So what’s your best-case and worst-case scenario?

Sharfstein: I’d say the best-case scenario is that this looks like what’s been happening in some other parts of the world where there’s a case here, a case there, but we’re able to figure them out relatively quickly. We isolate patients and quarantine contacts briefly, and while you have individual cases, we don’t have a huge surge in very sick patients going to the hospital. And if that does occur in one place, hospitals in other areas can handle the overflows so overall the health care system kind of remains intact.

In the worst-case scenario, it doesn’t—that we just have so many very sick people that exceeds our ability to take care of patients who need advanced respiratory care. And they’re starting to see some of that in Italy and they certainly saw that in Wuhan. And clearly the virus is capable of that. I imagine if that were to start to happen in one place here, while the virus is not that well-spread in other places, those other places will get very serious, very quickly about preventing that from happening in their communities.

Heilbrunn: Bernie Sanders and Joe Biden have cancelled upcoming rallies, but President Trump has announced that he’ll hold a rally in Milwaukee next week. What’s your take on that?

Sharfstein: I think we’re in uncharted territory for political campaigns in a time of a new epidemic—at least in modern history. There’s a definite risk in bringing people together across areas where people may be shedding the virus and could pass it on to other people. That’s a risk that people are going to have to consider in going to—and holding—these kinds of rallies over time. This may change the campaign—I mean if there’s an outbreak that happens at one of these rallies, that’s going to have a major effect on the ability to do these in the future. So, we’re going to have to see how all of this plays out.

Heilbrunn: President Trump has come under a lot of criticism for what his detractors are calling a slipshod and tardy response to the coronavirus, including attempting to engage in what’s been called “happy talk.” What’s your assessment?

Sharfstein: It is very important to be honest with people about the threats they face. I think about how one of my colleagues from John Hopkins said on the show 60 Minutes, it’s not the Department of Assurance, it’s the Department of Public Health. And that means being really honest about what’s going on, and what could happen and how people can protect themselves. I think the concern with messages like “it’s a hoax” or “they think it’s going to go away” is that people don’t take the actions that they need to protect themselves, that they don’t believe what’s actually happening. So that’s a real risk. And that risk grows even graver if the situation worsens. The Trump administration’s response from a communication perspective has been wanting, because there are so many different messages that are coming out. It is very easy to get confused. And when that happens, people tend to say: “oh well, there’s nothing I can figure out or to get help with.” They can feel helpless, they can feel hopeless, they can say “never mind it doesn’t apply to me,” and none of those are really productive reactions.

Heilbrunn: You’re basically saying we’re in uncharted territory. But do you feel like things could potentially begin to get better?

Sharfstein: I don’t think it’s appropriate to be optimistic at this moment. But I don’t think we should be overly pessimistic at this moment. There are a lot of steps that can yet be taken. We will get a lot more tests out there and we do have a lot of respiratory capacity in the hospitals. Decisions made one day can be changed very quickly if the situation changes. Even the confusing communications from the administration, that can be fixed. But it really needs to be. As the coronavirus progresses—and there are going to be many more cases—we have to up our game in terms of the national response.

Heilbrunn: As a final question, how much information are we gleaning from other countries’ experiences abroad, whether it’s South Korea, China, Russia, Italy. Do you have a sense of that?

Sharfstein: There’s a lot of communication between scientists. There’s a lot of studies coming out. One of the researchers at John Hopkins just summarized data from around the world and said it looks like people get sick about five days after they’re exposed, which is a helpful thing for the way that the tracing and epidemiological response goes. There are studies that are being done about kids and their exposure, and what happens to them with the virus. All of this research is going to be incredibly important. We’re increasingly being able to compare to different places, and how they’ve responded with how the virus has responded.

We’re also going to know more about the different strains of the virus that are around—maybe that’s too strong a word—but the virus does mutate a little bit in different areas and it may be that there are different versions of this that are causing different patterns of disease. I think we will know a lot and it’s really important to bring all that knowledge to bear. And we’ll continually get better in responding. Part of the reason why you’re seeing kind of extreme actions in some places is that in the absence of knowing more, and while we don’t have any therapeutics or vaccines, people want to be a little bit more aggressive on social distancing to try and buy some time. And I do think that with more time we’ll understand a lot more. And that will inform our response and maybe we’ll say these drastic things are necessary and then more people will do them, or maybe we’ll say actually we can back off on some of these.