Interview With Russian Ambassador Antonov: Where are U.S.-Russia Relations Headed? 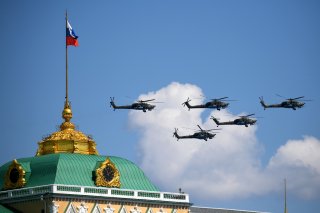 Ambassador Anatoly Antonov participated in a Webinar with National Interest editor Jacob Heilbrunn. They discussed a variety of issues including the current controversy over Russia’s role in Afghanistan and alleged bounties. Antonov declared, “We are in close contact with our American official colleagues and we are of course discussing all issues regarding this provocation used [and] published by some mass media in the United States.” Other issues that Ambassador Antonov focused on include arms-control negotiations between America and Russia as well as the overall state of U.S.-Russia relations.

The link to the Webinar can be viewed below: