Interview: Will Russia Move to the Left? 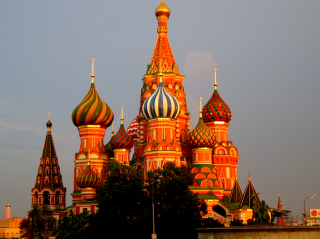 It was a real nation with that kept America accountable because it was a another “pole” [in the international system]. Today another such pole doesn’t exist. China is not that pole. Only Russia can become such a pole, and therefore, just as the U.S. at that time supported the Russian revolutionaries, let us be frank, without the support of the American society in 1917, Russian socialists wouldn’t have won. Russia needs to be seen in a different way, and in particular its leftist projects. Therefore, I favor friendship between the United States and new Russia, but only the friendship of nations, not of partnerships of oligarchs above the peoples and nations. This is detrimental for both the American and the Russian people.

Q: Let me turn in a little bit of a different direction. You resigned recently from the Presidential Human Rights Council in Russia after the May 5 demonstrations and how the Russian government treated the protesters. Could you tell us a little bit more about why you took this decision, what troubled you about the government’s response to those protests, and what would you like to have seen the Presidential Human Rights Council do in a situation like that?

A: It’s a very good question. This has been building up for a while because many inquiries into human rights violations—searches for and kidnappings of persons, murders of journalists, violations of freedom of speech, repression of the democratic opposition—have remained unanswered. We talked about it. I told Putin in person. But there was no action.

When we saw on May 5 in Moscow how some bandits, militants that were under the protection of the state police, beat the opposition the way it was before the revolution—and many past émigrés from the Russian empire, particularly the Jews, perfectly remember the Cossacks that were ordered to beat workers and peasants—it seemed to me that the government was recreating the old history. They came back as if from the beginning of the twentieth century. It was for me a very important moment; a decisive moment.

I am not ready to play the role of a clown whose views would remain unheard by a government that will continue with such actions. These people who beat the opposition, they were sent by the government, protected by the government, and taken care of by the government. They were mere fascist formations. I demanded an open meeting with journalists, with those Cossacks, with the mayor of Moscow, with representatives of law enforcement agencies, and with the member of the presidential administration who are behind these actions, and no doubt that these Cossack groups, so called patriotic organizations, are managed by the presidential administration. But they refused, and they simply would not come.

It is impossible to remain in this council when it is so helpless; all it does is talk and it cannot resolve even simple issues. Of course, they did not want to come because at one point the last names of all those who ordered such actions were made known. Those people are criminals. To remain silent today is to simply take part in a crime against freedom of speech and democracy. I do not want to take part in this. Therefore, I made such a difficult decision. I thanked President Putin for inviting me to join the council at that time, and I probably was able to accomplish something, but I believe that nothing more can be done.

I do not want to waste my life on some gibberish and be, as we call it, a “cardboard democrat.” I do not want that. That is why I have decided to join the political struggle and continue my work on human rights and freedom of speech, but to do it through political methods because the purely legal ways of fighting for human rights have unfortunately exhausted themselves. This story with the Cossacks was for me the last straw.

Q: I want to follow up a little bit on your previous answer. I think that many Americans as you can imagine, sympathize with people who demonstrate against the Russian government. They certainly sympathize also with people who criticize the Russian government’s responses to demonstrations, like yourself. But, at the same time, I think a lot of Americans would look at Russia’s left and, you know, certainly in your particular case, you were a public surrogate for the Russian Communist Party candidate Pavel Grudinin during Russia’s recent presidential election campaign. As I understand it, the Russian Communist Party still really continues to defend Joseph Stalin’s record as the leader of the Soviet Union. How do you reconcile, on the one hand, the sympathy that many on the left in Russia today continue to have for Stalin with, on the other hand, the kind of positions that you have described on human rights and the ability to protest against the current Russian government?

A: We can seriously discuss Stalin today in the same way as we discuss Lincoln. Some Americans see Lincoln as a criminal and a killer, while others consider him to be an outstanding defender of human rights and the constitution. Some Americans consider Gen. Robert E. Lee to be a dedicated son of the American people and a defender of freedom, while others believe Lee to be a racist and defender of racial segregation. I think that historical issues will always divide people, and we are unlikely to agree on Stalin’s personality today. But for Americans, I would like to remind you that Franklin Delano Roosevelt considered Stalin to be the greatest politician of our time, and Stalin saw Roosevelt in the same way. We should not turn historical figures into a pressing issue of modern politics. I was, I am, and I remain a supporter of freedom of speech and democracy. I certainly sympathize with people who express their right to freedom, to protest, and in particular when they protest against the government, if they do this of course in legal and proper ways, and not as chaotic unrest. And I know that many Americans think the same regardless of them being Republicans or Democrats.

Mr. Grudinin, Comrade Grudinin, Pavel Grudinin, call him as you like, he is a very successful businessman who implemented policies in his company that are rare anywhere else in Russia; social security policies where the workers are cared for. In practice, he built a small social state. Therefore, this person is undoubtedly, I don’t know whether he is a Stalinist, but he is definitely a responsible businessman who cares about the rights and freedoms of those who work in the company that he leads. As for Stalin, let me continue the subject. I will remind the American people once again that Stalin was the greatest ally that America had in its history. America never had such an ally. Name at least one historical hero, a character who, during such terrible war, was a loyal and reliable ally of the United States. I think we cannot name anyone apart from Stalin. Stalin should be discussed not as a mythical character, but as a historical and political figure. The scale of events of the twentieth century, terrible and tragic events, as well as the scale of the American Civil War, i.e. tragedy that the American people experienced in the nineteenth century, this scale does not fit into newspaper propaganda, opposition propaganda, or state propaganda.

As for Stalin, we should convene conferences and discuss his political role in a serious, non-propagandistic way. I am ready to do this. If there are partners on the American side, I am ready to convene a conference on the real historical heritage of Stalin, his political legacy—what it was, discussing calmly, without emotions, just as we can today discuss Caesar or Napoleon, in the same way I am sure we can discuss Stalin, Roosevelt, or Lincoln.

But it seems to me that the opposition, which calls itself democratic, is gradually losing its momentum. I assure you, in the near future, the opposition, the left flank of opposition, will become the leaders. People like Alexei Navalny, people like [liberal politician Ilya] Yashin, they will remain who they are, i.e. they are fictional opposition figures. These are people who use all the relevant technology, but they possess neither ideology nor worldview. Their main slogan is basically, “We want to be like the West.”

But does the West need this? I say one more time, would you support the forces in Russia that stand for the rebirth of the Russian people as a nation, which is possible through historical paths of development of a social state? I’m not talking today about communism, about Stalin’s communism, or about Khrushchev’s communism, just as very few Americans would say today let us live like during the times of Adams or Madison, or Jackson. It is simply impossible. But the principles of freedom and justice that were formulated by Jefferson and Adams, or Lenin and Stalin—our Russian founding fathers—I believe that these principles should definitely form the basis of our nation. This is my worldview. Whether it is Tsar Nicholas II, whether it is Putin, whether it is King George, they are usurpers. Only a free nation, that has reached free development can be a historical force. I personally will fight for this.