Iran’s Regime Pivot: The Hidden Stakes of the Nuclear Negotiations 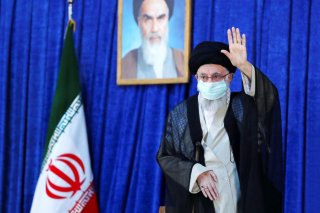 Before the ink had dried on the 2015 Joint Comprehensive Plan of Action (JCPOA), the so-called “nuclear deal” between Iran and six countries that included the United States, hawks in America rejected the narrow agreement. The core of their critique was that the deal did not address the Islamic Republic’s non-nuclear capabilities, such as its ballistic missiles or its support for militant groups throughout the Middle East. American doves, for their part, viewed the deal as the only realistic way to stall Iran’s nuclearization, and with that, lessen the prospects for war.

But both hawks and doves have failed to see the most important consequence of any deal—the prospects for developing a working relationship with the next supreme leader of Iran. At eighty-two and ailing, Iran’s current leader, Ali Khamenei, could die or step down within a short time frame. The current president of Iran, Ebrahim Raisi, is a leading contender to become the next supreme leader. It is with his administration that great powers are trying to iron out a new deal. Developing mutual trust between Raisi and the United States could therefore pay significant strategic dividends in short order.

In the discussion over Iran’s military capabilities, many take for granted that the Islamic Republic of Iran has no interest in changing its posture toward the United States. After all, since the 1979 Islamic Revolution, Iran has pursued an aggressive oppositional stance that inspires chants of “death to America” (marg bar Amrikaa) at pro-regime rallies. In its own neighborhood, Iran has sought to circumvent the self-imposed isolation by supporting extremist political groups, including militant organizations with ample American, Arab, and Israeli blood on their hands, across the region. This has led Iran’s Arab neighbors, Israel, and America to invest significant efforts toward limiting Iran’s ability to wield kinetic force.

And yet, the Islamic Republic is still a young regime, even by Middle Eastern standards. It is possible for Iran to pivot and seek better relations with other states, just as other highly ideological regimes have done in recent memory.

Perhaps the best example of a regime pivot in the Middle East took place when Egypt’s Anwar Sadat came to power in 1970. Sadat followed on the heels of ideological firebrand Gamal ‘Abd al-Nasser, founder of Egypt’s highly secular nationalist regime. Despite the regime’s branding as anti-Israeli and antithetical to U.S. influence, Sadat was able to pivot without regime change. He not only moved closer to the United States diplomatically, but he softened his opposition toward domestic Islamists and eventually also toward Israel, paving the way for the 1979 peace treaty. Such a regime pivot is possible in Iran, and the nuclear negotiations offer the United States the best window into Iran’s potential next supreme leader.

The supreme leader of Iran—formally, the leader of the Islamic Revolution—is unlike any other position in the contemporary world. It was an office created by and for the Islamic Republic of Iran’s first leader, Ruhollah Khomeini, who based his role on his religious thesis of velayat-e faqih, or “Guardianship by the Jurist.” According to velayat-e faqih, an Islamic society requires the political leadership of qualified Islamic jurists. This stands in stark contrast to the so-called “quietist,” or apolitical traditions that most high-ranking Shiite clerics had advocated up to that point.

Outside of his few direct powers, the supreme leader exercises enormous formal and informal influence. For one, he appoints the head of the judiciary, as well as half the members of the Guardian Council, a group that can essentially rig elections by deciding who gets to run for elected office and who doesn’t. The Guardian Council also offers a kind of judicial review that can invalidate laws deemed to be unconstitutional or against Islam. The supreme leader also provides a “shadow cabinet” of sorts, by selecting critical members to the Supreme National Security Council to help lead on issues of national security import, and by selecting members to the Expediency Council, which oversees the actions of both the executive and the judiciary. In other words, big political decisions can only happen with the supreme leader’s acquiescence, and the fits and starts in the history U.S.-Iranian rapprochement bear this out.

Since the 1979 Revolution, brief periods of thaw in U.S.-Iranian relations have normally involved the actors one would expect: Reformists in Iran, and Democrats in the United States. Democratic presidents, who since the Carter administration have often been given the “dovish” moniker, have made some effort to reach out to Iran. Under President Bill Clinton (1993–2001), the United States apologized for the 1953 coup that removed Iran’s then-prime minister, Mohammad Mosaddeq. For his part, Iran’s reformist president, Mohammad Khatami, at the time (1997-2005) expressed remorse over Iran’s holding of U.S. embassy staff during the 1979-1981 hostage crisis.

Despite Khatami’s efforts to reach a better working relationship with the United States in the late 1990s, he was undermined by two forces beyond his control. At home, reformist parliamentarians and members of his cabinet were systematically jailed by a supreme-leader-aligned judiciary, and vocally reprimanded by hardliners. It was understood at the time that the supreme leader was not keen on Khatami’s diplomatic thawing efforts.

In the United States, a republican administration took over in 2001, and 9/11 made the idea of reconciling with an anti-American Islamic government a nonstarter. In his 2002 State of the Union Address, President George W. Bush labeled Iran as part of an “axis of evil,” and with that ended any progress that Clinton and Khatami had made toward an improvement of relations between the two countries.

Conditions changed once again when two presidents in favor of lowering tensions—Barack Obama (2009–2017) and Hasan Rouhani (2013–2021)—were able to work out, along with five other great powers, the JCPOA in 2015. That agreement, which for a period of ten years would cap Iran’s uranium enrichment to token limits far below what would be needed to produce a deployable nuclear weapon, did not address any concerns that more hawkish elements in the United States had about Iran, such as the Islamic Republic’s ballistic missile arsenal or its support for proxy groups such as Hezbollah and Shiite militias in Iraq.

When President Donald Trump (2017–2021) unilaterally withdrew from the Iran nuclear deal, the Islamic Republic gradually increased its uranium enrichment efforts. With the election of President Joe Biden, a Democrat, negotiations restarted with the aim of resetting the nuclear deal, or at least some agreement similar to it. But as this plays out, it is important to note the most important outcome of U.S.-Iran talks: developing a working relationship and some level of mutual trust between the United States and a potential future supreme leader.

Why Raisi May Be Next

The Assembly of Experts, the eighty-eight-member elected body tasked with selecting and overseeing the work of the supreme leader, has a three-member group that keeps a secret list of potential successors. While few know who is on that list, there is ample reason to think that Raisi’s name is at or near the top. The reasons relate to Raisi’s own apparent grooming by the current leader, as well as the relative palatability of Raisi among the Iranian public, at least when compared to other members of Raisi’s hardline political camp.

To understand why Raisi should be thought of as a top contender, it is helpful to look back at how Khamenei himself became supreme leader. Prior to his death, Ayatollah Khomeini, the first leader, had requested that the Assembly of Experts loosen the religious criteria for succession, as outlined in the constitution. Once Khomeini died in June of 1989, the Assembly of Experts voted Khamenei as interim, and later permanent, successor.

Like Raisi would be, Khamenei was president just prior to his succession, and both Khamenei and Raisi were elected presidents in what could only be described as rigged elections. In the case of Khamenei, his only three opponents endorsed him during the campaign. In Raisi’s election, the Guardian Council only admitted candidates who were less likely to split the hardline vote with him.

While both Raisi and Khamenei wear black turbans that denote them as descendants of the Prophet Muhammad’s family, neither has an accomplished record of religious jurisprudence. When the Assembly of Experts selected him as supreme leader, Khamenei did not hold the clerical title of ayatollah, but rather that of a midranking hojjatulelsam—like Raisi today. (It was only after Khamenei became supreme leader that he was hastily made an ayatollah.)

Importantly, both Khamenei prior to his ascension, and Raisi now, could be described as “team players” for the regime—non-charismatic apparatchiks who consistently showed their loyalty to the system (nezam). One of the big tests of loyalty to the regime came with executions in the summer of 1988. As deputy prosecutor general, Raisi is tied to the deaths of around 4,000 political prisoners in the summer of 1988—one year before Khomeini’s death. That purge was vocally criticized by then-deputy supreme leader and heir apparent, Ayatollah Hossein-Ali Montezari, before he was stripped of his title in light of his criticisms. That those executions were carried out under the partial supervision of Raisi, and that they indirectly led to Khamenei’s succession is an important inflection point in the close political trajectories of the two men.