Iran and the United States Remain Mired in the Past 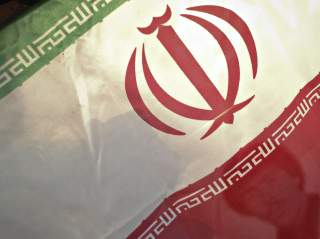 The United States and Iran have an arsenal of well-rehearsed grievances against each other. Underneath these complaints about one another’s behaviors, however, are stories rooted in a distant past that continue to stir emotions on both sides. It is the power of these stories, as much as the more proximate grudges and differences over policy, that could lead Iran and the United States closer to war.

Each side believes it is legitimately responding to current provocations by the other. The Trump administration points to what it sees as Iran’s regional adventurism and its missile program. This has allowed Washington to justify its withdrawal from the nuclear deal, which President Donald Trump claimed was too lenient and too short in duration, and to renew punishing economic sanctions against Iran. In addition, the Trump administration has also launched a fusillade of provocative actions against the Islamic Republic, including attaching the terrorist moniker to the Islamic Revolutionary Guards Corp (IRGC); ending waivers for countries like China, Japan, and South Korea to import Iranian oil; and sending the USS Abraham Lincoln warship to the Persian Gulf.

Unsurprisingly, Iran harbors a different view of who is the aggressor in the current conflict. Tehran expresses outrage at what it considers U.S. duplicity in walking away from a nuclear deal negotiated in good faith between Iran, the United States, Russia, China, France, the United Kingdom, and Germany. Not to be outdone in the war of words, Tehran labeled United States Central Command (CENTCOM) as a terrorist organization and has now threatened to breach several tenets of the 2015 nuclear deal should the Europeans be unable to ease the pain of an American-led sanctions regime. And while attribution pointing to Iran hasn’t been definitive, there have been several worrisome attacks on oil tankers in the Persian Gulf and on targets near the U.S. embassy compound in Baghdad.

But while this dangerous path of escalation is very much a product of these mutually reinforcing provocations, animating U.S.-Iran relations more powerfully are the stories that are deeply rooted in threat perceptions from the past. It is these historical narratives which provide the subtext to the current conflict between the two countries and the key to eventual rapprochement between the United States and Iran.

Iran’s threat perceptions have their origins in a moment that occurred decades before the Iranian revolution of 1979, when the CIA in 1953 conspired with British MI6 to overthrow the democratically-chosen Iranian prime minister Mohammed Mossadegh.

The coup against Mossadegh occurred at a critical moment in Iran’s political history, when the country was just entering the age of mass politics, and secular nationalism as a political force was in its nascent stage. While Iranians were always proud of their glorious Persian past, Mossadegh translated this into a more modern Iranian nationalism that painted a vision of a better, more independent future. The coup against Mossadegh, and the subsequent reenthroning of the Shah by the United States, were seen as a betrayal of this future.

For Iranians this was a shock. While they expected this kind of behavior from the colonially-minded British, they didn’t from the Americans. Prior to the coup, the United States had a reputation for being stalwartly against colonialism and adamant advocates for the principle of self-determination. This image of the United States harks back to a much earlier period. Shortly after Great Britain and Russia attempted to undermine the results of the 1906 Constitutional Revolution in Iran, Morgan Schuster, an American appointed by the parliament to help manage the finances of the country, denounced what he saw as the imperial aims of these two great powers. While Shuster’s actions failed to prevent Russia and Great Britain from establishing spheres of influence in Iran, nevertheless, America’s reputation remained untarnished.

In contrast to this earlier period, the coup of 1953 indicated to Iranians that the United States was itself an imperial power which would discard its liberal, secular nationalist values in pursuing its geopolitical interests. While the United States’ brand didn’t completely erode overnight, its reputation gradually became sullied as ties between the Shah’s regime and the United States became more visible, and as the Shah’s legitimacy became challenged.

This erosion of good will that occurred over time culminated in the revolution of 1979, which was seen by many as a correction to the story of 1953 and a repudiation of Iran’s lopsided relationship with the United States.

But the power of the story of the 1953 coup carried on into post-revolutionary Iran. The fact that the United States backed Iraq’s Saddam Hussein after he attacked Iran in 1980, in effect countenancing his use of chemical weapons, was seen by Iranian leaders as the United States once again betraying its values and conspiring with an outside power to overthrow an Iranian government. Later, George W. Bush’s inclusion of Iran in his “axis of evil” speech, despite the fact that Iran had worked in tandem with U.S. efforts in post-9/11 Afghanistan, was also seen as revealing that Washington intended to pursue regime change as intently as it did in 1953. Separated by the brief interlude of President Barack Obama, Iranians see the Trump administration as returning to a pattern of seeking regime change.

The United States is locked into the narrative of the 1979 hostage crisis, which riveted Americans to their television sets until the U.S. diplomats were released from their captivity in the U.S. embassy in Tehran in 1981. While the story of the hostage crisis isn’t typically invoked in current discussions about Iran in Washington, it nevertheless informs the zeitgeist of the moment.

The reason the story of the hostage crisis was and still is so poignant is that it was an assault on the image Americans had of their country. The Vietnam war was still fresh in the American consciousness, and the hostage crisis reinforced the notion that the U.S. role in the world had changed. It forced most Americans to confront the reality that there were limitations on the U.S. capacity to project power in far flung spots of the world. The Iranian revolution, which had spawned the hostage crisis, showed that a potent elixir of political Islam, and for many supporters a fierce Iranian nationalism, could bring down a regime that had the full backing of the United States. And the implications of this for the United States didn’t end with the release of the hostages. It was just the opening gambit in what became Iran’s resistance against U.S. power projection in the Middle East. It signaled to Americans and the world that the Middle East was going to start writing its own history and setting its own rules, and that in the process U.S. interests were likely to be challenged. Part of this rule-setting would be the disregard for international norms, such as diplomatic immunity and the sanctity of embassies, both of which were violated by the hostage crisis.

For the United States, this was a double whammy. The revolution was an assault on the way Washington had configured its strategic interests in the Middle East, where Iran was a central part of the U.S. western phalanx against the Soviet Union. But the ensuing hostage crisis was a blow to the self-image and pride that Americans held about their country. While conflicting interests between the United States and Iran could be reconciled over time, injured pride has been a wound that has proved more enduring.

Since the end of the hostage crisis, Iran’s behavior has stoked, rather than assuaged, emotional grievances in the United States. The creation of a resistance front, consisting of Iran, Syria and Hezbollah, against U.S. efforts in the region is a reminder to policymakers in Washington that the DNA of the Iranian revolution is inherently and unabashedly anti-American.

These two different stories animating the behaviors of the United States and Iran are mutually reinforcing, complicating efforts to defuse the current conflict. Ironically, the Iranian version of the events of 1953 portray the United States as betraying its core values of embracing democratic nationalism by overturning the Mossadegh’s democratically-chosen government. But the story told by Americans is that the Iranian revolution and the ensuing hostage crisis represented a rebuke by Iran of the same democratic nationalism it claimed the United States abrogated in 1953. While each of these narratives reflects a self-righteous caricature-like image of the other, it is important to acknowledge how closely the stories Iranians and Americans harbor about each other are intertwined.

Trump’s renouncement of the nuclear deal unleashed the power of these competing stories. For the Iranians, this act reinforced the sense of betrayal and lack of trustworthiness that hark back to 1953. Moreover, the belief in Tehran is that the United States once again is pursuing regime change in Iran. And for the United States, its injured pride during the hostage crisis means that there is little support for a different approach to Iran in the U.S. Congress or the American public, despite the fact that it was the United States that reneged on the promises made through the JCPOA. While many in Congress may wince at the idea that the United States walked away from a deal that was negotiated by a former president and enshrined in a UN Security Council resolution, the truth is that the grudges that go back to the Iranian revolution and the hostage crisis still prevail. There has been only tepid pushback to the demonization of Iran by the current administration.