On Iran: Congress, Please Step Aside 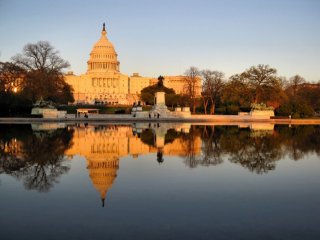 While Secretary of State John Kerry, Foreign Minister Mohammad Javad Zarif and High Representative Catherine Ashton gathered last week to kick-start a new round of negotiations between the so-called P5+1 and Iran in efforts to meet a looming November 24 deadline to reach a comprehensive nuclear agreement, one particular actor has been implicitly threatening to sabotage the entire process—the U.S. Congress. Considering Congress’s dismal approval ratings, and polls indicating that a large majority of Americans favor making a nuclear deal with Iran, Congress is hardly representing the majority of the American people on the issue of a nuclear deal with Iran and is towing a tough line seemingly intent on derailing any prospective breakthrough on the nuclear issue.

Earlier this month, over 350 members of the U.S. House of Representatives signed and sent a letter to Secretary Kerry expressing concern over Iran’s missed deadline for the International Atomic Energy Agency’s (IAEA) investigation into prior possible military dimensions (PMD) to Iran’s nuclear program. Essentially, the letter asserts that information on PMD is necessary to assess Iran’s current and future nuclear activity, which, as duly noted by Paul Pillar in the National Interest, is an assertion that lacks logic and is an issue likely being pursued by congressional opponents of a nuclear agreement, precisely because it will be a “deal killer”.

This is but the most recent example of some lawmakers on Capitol Hill trying to derail a nuclear agreement with Iran. Some legislators have suggested terms for the comprehensive agreement with which Iran would find impossible to agree, such as the complete dismantlement of its uranium-enrichment program. Indeed, both chambers of Congress have repeatedly moved to undermine the negotiating process with tough Netanyahu-like rhetoric since negotiations with Iran under the Rouhani era began over a year ago. The Obama administration has thus far been successful at pushing back against congressional derailment efforts. The White House successfully thwarted congressional efforts earlier this year at enacting additional sanctions that would have been in contrary to the terms of the interim Joint Plan of Action (JPOA) signed last November. However, it seems that some in Congress have resumed their pursuit of additional measures against Iran. This past summer, Senate Republicans Bob Corker, Lindsey Graham, John McCain and Marco Rubio introduced the Iran Nuclear Negotiations Act of 2014 that would require the White House to submit any agreement for Senate review. Also this summer, Senators Marco Rubio and Mark Kirk tabled the Iran Human Rights Accountability Act of 2014 into the Senate, which would impose additional sanctions on Iran, among other things. The Obama administration is thus far relying on Senate Democrats to block attempts by the Republicans to act on Iran. To satisfy the inclination toward sanctions by some lawmakers and other opponents of a nuclear deal, the administration has adopted additional restrictive measures within existing sanctions legislation; an act that is not within the spirit of the JPOA but well within its legal framework.

Unfortunately for supporters of a nuclear deal, Capitol Hill’s role in the entire process is critical, particularly as it relates to sanctions relief. Since the mid-1990s, Congress has legislated seven acts targeting Iran’s energy, financial and trade sectors. Many of these sanctions can be temporarily waived by the president for a period of 180 days to a year, depending on the statute. The president cannot remove sanctions passed by Congress through an executive order. The repeal or amendment of the congressionally enacted sanction must follow the same legislative process all bills must undergo to be passed and signed into law. While sanctions relief within a mutually agreed timeline will surely be part of a comprehensive agreement, should the president fail to convince Congress to repeal legislated sanctions against Iran, the president will likely rely on the semi-annual renewal of waivers.

Although this might not be attractive to Iranian negotiators due to uncertainties surrounding future U.S. presidents and their willingness to waive sanctions, the United States can provide assurances that it will honor its commitment to provide sanctions relief by including such language in a United Nations Security Council resolution codifying the terms of the comprehensive agreement, mandating the United States, the other members of the P5+1 and UN members at large not to adopt sanctions against Iran, so long as Tehran remains compliant, with validation from the IAEA, with the terms of the comprehensive agreement. This will provide future U.S. presidents the legal impetus and authority to continue providing waivers to legislated sanctions or risk violating international law and face possible legal recourse. Of course, Congress can pass a bill barring the president from providing waivers and override the presidential veto that would likely follow with two-thirds majority of each house, but such a scenario is uncommon and has not occurred since President George W. Bush’s final two years in office.

To be safe, the president will need the help of Congress if a comprehensive agreement is reached to repeal sanctions. In this regard, Democrats must retain a majority in the Senate to continue blocking derailment efforts by Iran hawks. The White House can also opt to negotiate with a hostile Republican leadership, although this would seem unlikely given indications suggesting the president’s lack of appetite in doing so. Alternatively, President Obama can lambast legislators much like he did last fall/winter when lawmakers tried to pass additional sanctions after the JPOA was signed. The Obama administration significantly lobbied Congress by sending delegations led by Vice President Joe Biden and Secretary Kerry, and also invited committee staffers and legislators to the White House for special briefings. This was done in concert with public statements by the president and others in the administration who opposed further sanctions. To be sure, the upcoming midterm elections could be telling in how the Obama administration chooses to engage Congress on Iran, particularly if Republicans win a majority in the Senate.

Nevertheless, a historic opportunity exists for the United States, the other members of the P5+1 and Iran to peacefully resolve the long-standing nuclear dispute, potentially opening the door to cooperation on other regional issues and a new era of relations with Iran. To this end, Congress must work to be part of the solution, not the problem.

Navid Hassibi is a Non-Resident Fellow with the Washington DC-based Nuclear Security Working Group and a doctoral candidate with the Research Group in International Politics at the University of Antwerp. He is the author of Deterrence in an Era of Iranian Nuclear Proliferation and tweets @navidhassibi. The views expressed here are his own.