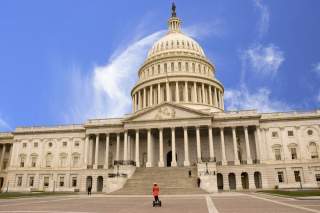 The possibility of new sanctions

Ignoring congressional concerns would complicate the lifting of existing sanctions. Even if an agreement eliminating all nuclear concerns is reached, Congress will almost certainly not agree to lift all economic sanctions against Iran due to the remaining nonnuclear issues of concern. Iranian negotiators are probably aware of this and, given their refusal to discuss any other issues, may attempt to calibrate their nuclear concessions to achieve a more “modest” objective of returning to a pre-oil and banking sanctions status quo. Congress, however, may preempt such action by conditioning the removal of oil and banking sanctions on Iranian actions on the other issues of concern.

If talks break down or the negotiated terms of a “final” deal are deemed unacceptable, Congress may also decide to enact even tougher sanctions. New sanctions could be in the form of those contained in the proposed Nuclear Iran Prevention Act or the Nuclear Weapon Free Iran Act. Even if the president vetoes such legislation, Congress could override it with a two-thirds majority in both chambers (according to Article I, Section 7, clause 2 of the Constitution). There is, in fact, a precedent for a congressional override of a vetoed sanctions bill. In 1986, Congress passed stiff new sanctions against apartheid-era South Africa over the veto of President Reagan, who at the time was pursuing a policy of “constructive engagement” with South Africa. Reagan had argued that new sanctions would be a “historic act of folly,” “destroy America’s flexibility,” and “discard our diplomatic leverage,” but Congress disagreed and successfully passed the Comprehensive Anti-Apartheid Act, which was later credited with helping to end apartheid.

Last year’s rekindling of official high-level contacts between Iranian and U.S. government officials after over three decades, the subsequent interim agreement, and ongoing negotiations have raised much optimism about an end to strained Iranian-Western and, in particular, Iranian-U.S. relations. However, many members of the U.S. Congress, which has the ultimate say on the fate of the sanctions that Iran wants lifted, are skeptical and believe that the leverage gained through the oil and banking sanctions should not be easily given away. They have demanded greater restrictions on Iran’s nuclear program than the Obama administration appears to be pursuing and have called for additional issues of concern to be included in the negotiations. Even though Iran has much to lose without the comprehensive sanctions relief that only Congress can provide, it is currently unclear whether the Obama administration is willing to nudge negotiations in a direction that would address and alleviate congressional concerns. This means that, despite the existing optimism, much uncertainty remains over the ultimate fate of the negotiations. It also means that, on this foreign policy challenge in particular, close cooperation and consultations between Congress and the president, as intended by the framers, will be essential to producing a sustainable outcome.

Ehsan M. Khah, Esq. is an attorney in Washington, DC. He holds bachelor’s degrees (with high distinction) in Foreign Affairs and Middle East Studies and a Juris Doctor from the University of Virginia.