Iran: A Deal Worth Celebrating? 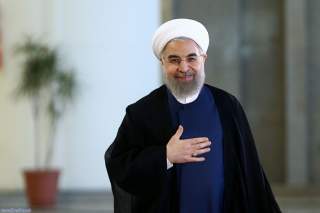 Did America’s negotiators make a good deal with Iran? Will that deal stand the test of time? What if Congress blocks it? Those are the questions that animated a panel of seasoned Iran watchers at the Center for the National Interest on Friday. Philip Gordon, who until this year was the top White House official on the greater Middle East, acknowledged that a better deal was imaginable, but not available; he called the deal that was negotiated “absolutely in our interest” and “surprisingly good.” He noted that the Iranian stockpile of enriched uranium would be reduced from many tons to just three hundred kilograms, that Iran would be implementing the Additional Protocol of the Nuclear Non-Proliferation Treaty permanently, and that if implemented, Iran’s enrichment would be seriously restricted for at least a decade. And after a decade? “What happens then? I don’t know. We’ll assess it at that time. It doesn’t automatically mean that Iran can start doing all these things at that time. They have a decade to reassure the international community about their program. If at that time, the U.S. president, the Israeli prime minister, and our partners in the Gulf and in Europe and elsewhere don’t believe they’ve done that, then we’ll take a judgment as the international community about what relationship we’re going to have with Iran.” “In the meantime,” said Gordon, it’s “unambiguous that this is a positive step for our interests.”

Robert Satloff, the longtime director of the Washington Institute for Near East Policy, was less sanguine. While the deal is a “serious agreement by serious people” that offers some significant advantages for the United States, he said, the administration may have been able to do better—they’d effectively negotiated with themselves about what Iran would accept before actually negotiating with the Iranians. The resulting deal has several areas of concern—for example, the inspectors tasked with monitoring the deal can be delayed by at least twenty-four days, and potentially much longer, from accessing disputed sites; while that’s not going to be enough time to clean up medium and large nuclear facilities, smaller sites, such as those that might be involved in a weaponization program, might be a different story. And in the event violations are discovered, Satloff warned, the deal’s all-or-nothing sanctions snapback mechanism will make it difficult to respond proportionately. Satloff compared the situation to a criminal justice system in which the only punishment available is the death penalty—many minor offenses “would go unpunished. No one is going to want to impose the death penalty for less than a really serious crime.” Satloff suggested that the United States can still, working with the European states, attempt to craft a “matrix” of violations and punishments, allowing more limited sanctions reactivations more tailored to the offense, and thus more useful to policy makers.

Satloff also expressed unease with the deal’s sunset provisions, noting that President Obama himself had warned that Iran’s breakout time would be “significantly shortened” by the end of the deal. Satloff also said that “even a conservative estimate” of how Iran will use its sanctions relief windfall could see “ten billion dollars or so in the near term, and over time considerably more” used for “all sorts of nefarious activities.” While this might not preclude making a deal, the money would “certainly have an impact” on Iran’s support for Assad, Hezbollah, and so forth, and “at some point one can measure this impact in lives.” This tied into another concern—the lack of a serious attempt to place the deal in a regional strategic context through efforts to counter Iranian influence.

Al Monitor’s veteran Iran-talks journalist Laura Rozen, fresh from nearly three weeks covering the negotiations from Vienna, suggested that the success of the nuclear talks could offer a guide for other diplomatic opportunities. Rozen noted that the bilateral channel from which the talks emerged pre-dated the election of the more moderate Hassan Rouhani, and suggested that progress in that bilateral channel may have encouraged the Iranian establishment to allow Rouhani to win and then to pursue a broader diplomacy. Rozen noted the seriousness and care that had characterized the bilateral channel—it was conducted between appropriate officials rather than through more ambiguous, deniable back-channel figures. Rozen also called attention to hints that Iran may now be open to further discussions, and to signs that the United States, Russia and Iran may begin talking about broader regional and global issues as an offshoot from the P5+1 talks. Rozen disagreed with Satloff’s statement that the United States had negotiated with itself prior to negotiating with the Iranians, saying that there had been had been attempted negotiations on a tougher line for a decade, with little result, even after a direct intervention by Vladimir Putin.

With the deal done in Vienna and likely to be approved in the Security Council next week, its next big hurdle is in the U.S. Congress, which will weigh in on the deal in the coming months and, if it overrides a promised veto, could prevent Obama from issuing the sanctions waivers that lie beneath the deal. What would happen if the deal were were overridden? Satloff suggested that the idea that Congressional disapproval will lead to war is wrong—for example, the president could direct the Departments of State and the Treasury to simply stop enforcing the Iran sanctions, which would lead to a lengthy court battle; the Iranians, in this scenario, may hold up their end of the bargain in a bid to split the United States off from its allies. Gordon disagreed. “I don’t believe the president would violate the law and find ways of implementing the agreement if Congress takes away his waiver authority....I would be very surprised if Congress overrode a veto to take away the president’s waiver authority and he just ignored that and went ahead.” Gordon also suggested that if there was uncertainty in Iran about the implementation of America’s end of the bargain, they’d likely continue their enrichment program as they had before, and America would be in a difficult spot. War, however, might not be the outcome. “The reason that the alternative [to a deal] is probably not war is that we will probably not go to war,” said Gordon, noting that the Bush administration, despite its hawkish reputation, had also not gone to war with Iran over the nuclear program. “Instead, we would sit by as Iran advanced its nuclear program to the point that the next administration would have an even harder problem to tackle than this one.”