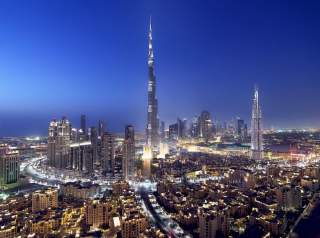 The Gulf Cooperation Council (GCC) seeks to portray itself to the outside world as a unified entity, particularly during periods of heightened regional instability, such as Saddam Hussein’s invasion of Kuwait and the 2011 Arab uprisings. Yet below the surface, the Council’s six monarchies are divided internally by historic rivalries, changes in leadership and a myriad of significant regional developments. The most significant current source of division among the GCC states relates to Iran’s role in the Middle East’s evolving geopolitical order. Strategic shifts in the regional balance of power following the P5+1 and Iran’s nuclear agreement are prompting the Council’s disunity to surface in new ways, further exposing the gap between Gulf Arab unity on paper and in practice.

Although the GCC officially endorsed the deal as a welcome development in freezing Tehran’s nuclear program, the six members have a divided outlook regarding the agreement’s geopolitical implications. Saudi Arabia and Bahrain’s leaders perceive the Islamic Republic as a predatory state determined to wreak havoc across the Middle East. They, along with some prominent voices in the Gulf Arab media and other GCC officials, have argued that the Islamic Republic is a troublemaker that cannot be trusted. Officials in Oman, Qatar and the Emirate of Dubai have, however, issued more genuine praise for the deal and view Iran as a neighbor that must be dealt with diplomatically. According to this perspective, Iran should be integrated into regional economic, energy and security initiatives for the GCC’s long-term benefit.

The rise of Daesh (a.k.a. “Islamic State”) in Iraq and Syria—a threat to both the GCC and Iran—is prompting some Gulf Arab rulers to consider exploring deeper cooperation with Iran in security sectors. Since Iranian President Hassan Rouhani took office in 2013, a high priority for Tehran has been to convince the smaller GCC states that it serves their national interests to engage with Iran to resolve regional crises. The first country that Iranian Foreign Minister Mohammad Javad Zarif visited following the nuclear agreement’s singing was Kuwait, where he declared that “Any threat to one country is a threat to all,” “No country can solve regional problems without the help of others,” “Iran stands behind the people in the region to fight against the threat of extremism, terrorism and sectarianism,” and "Our message to the regional countries is that we should fight together against this shared challenge.”

Iran’s agenda of creating partnerships with the GCC states in the fight against extremism will be challenged by certain GCC officials’ belief that Daesh’s rise to power is an outcome of Iranian influence in the Arab world. Following the nuclear agreement’s signing, some Gulf Arab authorities have continued to accuse Tehran of arming and training Shi’ite militants to destabilize the GCC states, which will naturally limit the extent to which such monarchs are likely to accept Iran as a trusted partner on security fronts.

After EU foreign policy chief Federica Mogherini wrote an article stating that the Iranian nuclear agreement could “open unprecedented possibilities of peace for the region, starting from Syria, Yemen, and Iraq,” an official in the UAE accused her of lacking a “context and understanding of Iran's regional and aggressive policy and sectarian overtones that have polarized the Middle East.” On August 10, Bahrain’s Foreign Minister blamed Iran for “exporting the weapons that have caused wars and sedition” in the Middle East and maintained that Iran must not be able to reference Daesh’s rise to power as justification for Tehran’s continued interference in Arab affairs. After the deal was signed, Bahrain recalled its envoy in Iran over an exchange of heated rhetoric between Bahraini and Iranian officials and accused Tehran of being behind a foiled arms smuggling plot. Citing unnamed sources who reportedly extracted their information from interrogations of terrorist suspects, two Kuwaiti newspapers accused Tehran last month of smuggling arms into Kuwait via an Iraq-based Hezbollah unit.

By contrast, Oman and Qatar have reacted to the Iranian nuclear deal by making clear their intentions to explore a more open relationship with Iran in the economic, energy and security sectors. Businessmen in Dubai have also cheered the deal’s signing as a beneficial development for the emirate’s economy, which has long been integrated with Iran’s through trade, investment, tourism and a history of Persian/Iranian businessmen in the emirates. After International economic sanctions were imposed on Tehran in 2006, Dubai served as a trade hub linking Iran to the global economy despite pressure from Washington. It is important to note that like the Emirate of Dubai, Oman and Qatar began opening relations with Iran years ago and voiced support for a comprehensive nuclear agreement shortly after the interim deal was signed in late 2013.

In July, Oman immediately hailed the deal as a major diplomatic breakthrough and a source of new economic opportunities for the region. Ever since the GCC’s establishment in 1981, Oman has been the Council member on best terms with the Islamic Republic. Muscat was a neutral state in the Iran-Iraq war, in which its fellow GCC members backed Baghdad with billions of petrodollars while Oman brokered cease-fires between both sides. Since the war ended, Oman continued to serve as a diplomatic bridge between Iran, the GCC (and its Western allies), and hosted talks between Iranian and U.S. officials in Muscat as early as 2012, which led to the comprehensive agreement. In fact, Sultan Qaboos’ efforts to improve U.S.-Iran relations date back to the Clinton and Khatami administrations.

Two weeks after the deal was signed in Vienna, Omani and Iranian officials met in Tehran to finalize a $60-billion gas plan between the two nations. As Oman’s energy reserves are expected to be depleted before those of other GCC states, and as low oil prices are harming the sultanate’s oil-dependent economy, the importation of Iranian natural gas (to be delivered via a planned $1 billion underwater gas pipeline) factors into Muscat’s long-term strategy for ensuring stability. As the only GCC state to share the strategically vital Strait of Hormuz with Iran, Oman has long viewed a potential military confrontation in the Gulf as a grave threat to the sultanate’s stability and prosperity. Within this context, Sultan Qaboos has always favored addressing problems in Arab-Iranian relations through diplomatic initiatives, rather than hostility.

With a small Shi’ite minority that was not deeply influenced by the Iranian revolution and did not establish a local Hezbollah branch, Oman never perceived the Islamic Republic as much of a threat to its own internal stability, as did other GCC states with larger and more rebellious Shi’ite communities. Omanis have not forgotten the Shah of Iran’s support for the sultanate in the 1970s when Qaboos was fighting a foreign-sponsored Marxist insurgency, which continues to shape Muscat’s perception of Iran as a friendly neighbor who came to its assistance during a crisis, rather than as an enemy.

Not lost in the equation is Oman’s sectarian identity, as the world’s only Ibadhi Muslim-majority nation. Many Omanis harbor negative attitudes toward Saudi Arabia’s Wahhabi religious establishment (which views Ibadhis as “heretics” and “infidels”) and are unsettled by Riyadh’s ambition to establish itself as the de facto leader of a proposed Gulf Union. Thus, by moving closer to Iran, Oman is exerting national independence from Saudi Arabia, viewed by many in Muscat as an overbearing and reactionary neighbor.

Qatar’s Foreign Minister Khaled al-Attiyah praised the deal, asserting that it will make the “region safer and more stable.” He maintained that the agreement “might give Iran the confidence that there is no conspiracy theory and will make Iran have a better and positive approach toward our region.” He added that “In Qatar we would like to see…Iran getting a little bit more relaxed.” Al-Attiyah called for a “serious dialogue” with Iran about resolving conflicts in Iraq, Syria and Yemen, where Doha and Tehran’s opposing stakes have added tension to Qatari-Iranian relations in recent years.

Similar to Oman, Qatar’s overtures toward Iran are understood within the context of Doha’s own national interests. Qatar and Iran share the Persian Gulf’s South Pars/North Dome Gas-Condensate field (the world’s largest gas field), which has prompted Doha to conduct a foreign policy vis-à-vis Iran that has been relatively independent and has often irked Riyadh. Also, given that Qatar’s small Shi’ite minority has maintained loyalty to the ruling Al Thani family since the Iranian revolution, officials in Doha have perceived Tehran as less of a threat to domestic stability than have other GCC rulers.

The GCC and Iran’s Battles to Lose

The GCC’s divided outlook on Tehran’s future role in the Middle East will impact Iran’s ability to improve relations with its Sunni Arab neighbors—an ambitious agenda on Tehran’s part given the ongoing conflicts in Bahrain, Iraq, Lebanon, Syria and Yemen, which are largely fueled by Saudi Arabia and Iran’s geopolitical rivalry. The Iranian Supreme Leader’s remarks two days after the nuclear deal was signed that Iran would continue to back “the people of Palestine, Yemen, Syria, Iraq, Bahrain and Lebanon” unsettled certain GCC officials who interpreted Ayatollah Khamenei’s words as confirmation that Tehran remains committed to backing certain Arab nonstate actors on hostile terms with Riyadh and other GCC members.