Is the Iran Nuclear Deal Dead Without a U.S. Guarantee? 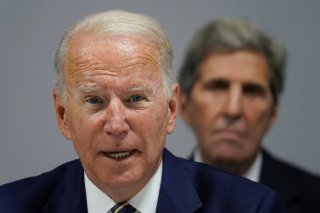 After Senator Tom Cotton (R-AR) said in 2015 that the Iran nuclear deal, officially known as the Joint Comprehensive Plan of Action (JCPOA), could disappear with a stroke of a pen, Iran’s then-Foreign Minister Mohammad Javad Zarif retorted that “the next US president will not be able to withdraw from the deal.”

How wrong he was. Despite that President Hassan Rouhani’s administration sought to convince Iranians that U.S. adherence to the JCPOA was guaranteed, U.S. secretary of state John Kerry’s signature was not enough to stop Donald Trump from withdrawing from the deal.

Now five years after the Cotton and Zarif’s dispute, negotiations on reviving the JCPOA are set to resume on November 29, 2021, in Vienna between Iran and the major world powers. However, little progress has been made to address the gap between the Iranian and U.S. positions, leaving the JCPOA’s fate in doubt.

Nonetheless, Iran needs negotiations with the West to relieve the onerous sanctions that have hobbled its economy, which Iranian president Ebrahim Raisi has made a centerpiece of his agenda. In this regard, there are several challenges preventing compromise between Iran and world powers in subsequent negotiations. First and foremost, the Islamic Republic has stood firm on its demand for a U.S. guarantee that the next U.S. administration in 2024 will continue to fully comply with the JCPOA, which the Biden administration has been unable to give.

Given that Trump’s withdrawal from the JCPOA and reimposition of sanctions have crippled the Iranian economy—with high inflation and food prices afflicting the country—it makes sense that Iranian officials prefer to codify their return to the JCPOA under a legally binding treaty, rather than as a mere political commitment. In fact, trust is so low that some Iranian conservatives have demanded that the United States compensate Iran for the economic harm it suffered under Trump’s sanctions even while the Islamic Republic was complying with the deal.

“They [U.S. officials] once violated the nuclear deal at no cost by exiting it,” Iranian supreme leader Ayatollah Ali Khamenei has said. “Now they explicitly say that they cannot give guarantees that it would not happen again.”

To provide such an assurance, President Joe Biden would need to ratify JCPOA as a treaty in the U.S. Senate, which has no hope of passing the divided legislature. “Nope. Joe Biden has ZERO constitutional authority to make that commitment,” Ted Cruz tweeted, adding that the Senate will never approve the JCPOA. “It is a 100% certainty that any future Republican president will tear it up,” the senator concluded.

In recent months, Iranian officials have directly passed their concerns to European officials and indirectly to Americans that Biden must guarantee that the next U.S. administration will honor the JCPOA. “They want to guarantee that there will not be any Trump 2.0 as long as they are in full compliance, that the Americans will not simply draw out of the agreement again,” an anonymous German official told CNBC.

“There is no such thing as a guarantee; that is not in the nature of diplomacy,” said the U.S. special envoy for Iran, Robert Malley. “But we do not have any intent — the president doesn’t have any intent — of spending all these months negotiating a return to the deal in order to then withdraw,” he added.

Polls suggest that former U.S. president Donald Trump, a strong opponent of the JCPOA, is likely to run in the 2024 presidential election. Moreover, Republicans have issued a stark warning to Democrats that if the United States rejoins the deal, a future Republican administration will kill it all over. As a result, Iranian negotiators know that any deal with the United States is unreliable without Senate endorsement.

Although Iran’s demand is logical, it remains to be seen how long the country will insist on this provision while bearing the brunt of onerous sanctions. Iran certainly has incentives to compromise. The end of U.S. sanctions would be a boon for the Iranian economy by unfreezing its foreign assets and allowing the country to export oil once again legally.

Instead of demanding a guarantee that the United States will permanently comply with the JCPOA, it may be more prudent for Iran to suggest mechanisms that would increase the costs of a U.S. withdrawal or provide compensation in the case of U.S. violations. However, as Trump once proved, there are few obstacles that can prevent a determined U.S. president from withdrawing from or ignoring international agreements.