Iran Is Pushing Israel and the Gulf Closer Together 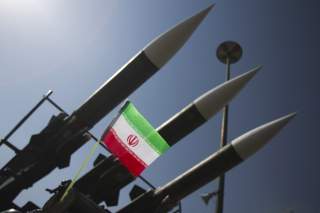 The past years have seen positive winds blowing from the Gulf states toward Israel, in particular from Saudi Arabia and the United Arab Emirates. These states are signaling their willingness—fueled by a common interest in confronting Iran—to step up cooperation with Israel, including elevating it to the public domain.

The new willingness of these states to explore expanded cooperation with Israel can be scrutinized and assessed in terms of its possible implications in three different contexts:

Analysts and political figures have been assessing the emerging trends from different perspectives and with these different objectives in mind. The prism through which new offers of cooperation to Israel are assessed influences whether they are viewed more as a viable opportunity, or an unrealistic pipe dream.

At the center of these analyses is how one regards the centrality of the Israeli-Palestinian conflict to Arab-Israeli politics, and the role that this conflict has played and continues to play in broader regional dynamics. Since the upheavals in the Middle East that began with the so-called Arab Spring, experts and politicians alike have come to recognize that the old axiom that the Arab/Palestinian-Israeli conflict is the core regional struggle is no longer valid. Indeed, this rather simplistic view has given way to a more nuanced approach which places the Israeli-Palestinian conflict (the resolution of which will no doubt contribute to regional stability), together with a host of other political, social, ethnic, religious and military conflicts in the Middle East. It is the collective resolution of all these conflicts that has the ability to pacify the region.

Nevertheless, when the primary frame of analysis for resolving the Israeli-Palestinian conflict is interpreting new signals from the Gulf, there is little interest in seriously considering Gulf-Israel cooperation outside a grand scheme to resolve this conflict. Absent such a plan, cooperation between the Gulf states and Israel would be rejected on the grounds that it is enabling Israel to pursue a path to better relations with its Arab neighbors while “bypassing” the difficult steps needed to move toward resolution with the Palestinians. Indeed, there would be reason to be suspicious of such a development and think that Israel is actually keen to get something valuable from these states. This is a strong perception in the region, especially as Israel never provided a serious response to the Arab peace initiative of 2002.

Similar thinking is likely to be featured in the analysis of the expected gains from Gulf-Israel cooperation in its own right. The reluctance in this case would not be on the basis of the potential value of cooperation, but rather because its feasibility would be questioned. Experts would be skeptical about the willingness of the Gulf states to openly cooperate with Israel without significant progress on the Palestinian front, even if the cooperation serves their interests. This is because the normalization of relations between Israel and Arab states have been linked to progress in the Israeli-Palestinian sphere for so many years.

This approach ignores the fact that Arab-Israeli normalization could be beneficial to both sides, not only to Israel, as well as the fact that the ability to resolve the Israeli-Palestinian conflict obviously does not reside with Israel alone. Nevertheless, the manner by which the issue has been framed for years has created a self-imposed hurdle that could prove difficult to cross. Moreover, Arab public opinion is routinely recruited as a debilitating factor, tying the hands of Arab leaders even when their interest dictates greater cooperation with Israel.

And yet, when there are strong interests driving Arab states to cooperate with Israel, we have seen cooperation realized, without insisting on resolution of the Israeli-Palestinian conflict. The most prominent example is when Egyptian president Anwar Sadat’s interest in regaining control of Sinai encouraged him to forge a peace treaty with Israel. Although Sadat included the Palestinian issue as part of the treaty negotiations, the result was a far cry from resolution of the conflict.

Currently, the perceived threat from Iran plays a central role in bringing Arab states and Israel to recognize a mutual interest in confronting this regional hegemon, and the question is how the Palestinian issue figures in. A recent Wall Street Journal report outlines a specific Gulf proposal for enhancing bilateral cooperation with Israel,including overt cooperation. According to the report, if Israel takes initial steps toward restarting a peace process with the Palestinians, the Gulf states will consider moving from mainly secret intelligence sharing with Israel to steps that would include setting up direct telecommunications links, overflight rights and the lifting of some restrictions on trade. More recent reports note that this proposal is likely under negotiation by the parties. The proposal demonstrates that as far as the Palestinian issue is concerned, the Gulf states are abandoning an “all or nothing” approach to cooperation with Israel. It is incumbent upon Israel to respond favorably to the offer; otherwise, cooperation—that both sides have an interest in—will likely remain secret, and the relationship will continue to be maintained under the radar.

Finally, the new expressed willingness to pursue cooperation with Israel could support setting up a regional dialogue framework that would enable Israel and Arab states to expand discussion not only with regard to Iran but also on a wide range of regional security issues. Specifically, the question is whether and to what degree the new willingness to cooperate with Israel can serve not only as a contributing factor, but perhaps even a catalyst for re-establishing a framework for regional security dialogue in the Middle East.

Here too, the question is to what extent the Palestinian issue will present a debilitating constraint. While not bypassing the Israeli-Palestinian conflict, the Sunni Arab states should build on the mutual interest of confronting Iran’s nuclear and hegemonic ambitions and resist turning progress on the Palestine issue into a sine qua non for launching a pragmatic process of regional dialogue. What is called for is compartmentalization of the issues, so that one issue—as important as it is—does not hold the entire process hostage.

The opportunity here is significant, and it should be cultivated by the prospective participating states. They should be striving to realize the potential that has manifested, rather than determining in advance that it has no chance unless there is significant movement in the Palestinian sphere. If an official regional security dialogue is currently viewed as overly ambitious, then efforts should be directed to unofficial Track II initiatives and dialogues. The Middle East stands out as the only region that lacks a regional security dialogue forum, and regional and extra-regional (the United States, Russia and the EU) parties should be exploring different routes to getting more focused and serious regional dialogue on track, whether at the official level or in unofficial semi-academic settings.

Shimon Stein is a senior research fellow at the Institute for National Security Studies (INSS). He served as Israel's ambassador to Germany (2001–07).