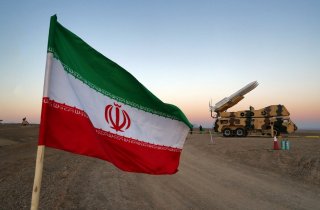 No one knows for sure how Israel’s assassination of Iran’s top nuclear scientist will shape prospects for U.S. relations with Tehran under President Joe Biden—whether a cowed regime will seek accommodation or a defiant one will double-down on its nuclear pursuits and regional mischief.

America’s presumptive president, however, has made clear that he plans to return the United States to the 2015 global nuclear agreement with Iran (if the latter agrees to reverse course and abide by its restrictions) and to seek further talks with Tehran to strengthen the agreement and address Iran’s “other destabilizing activities.”

That’s fine. But as Biden prepares to launch the latest change in America’s topsy-turvy approach to Tehran’s forty-one-year-old regime, he and his incoming team need to see Iran, the region’s other major players, and the evolving dynamics among them through clear eyes, not the rose-colored glasses of Western hopes.

Here are four essential realities that the new administration will face as it seeks to reshape U.S.-Iranian relations:

First, Iran’s regime remains what it has always been—an inherently malignant force at home and abroad.

Born of a revolution, the regime is ideological in its drive, hegemonic in its aspirations, and malevolent in its conduct. The region’s leading Shia nation, it seeks to de-stabilize rival Sunni governments, sponsors terrorist groups that seek Israel’s destruction, threatens Europe and the United States, and pursues nuclear, ballistic, and other weapons to intimidate (or to use against) its adversaries.

The United States and the Islamic Republic have different values and interests, and no amount of diplomatic appeasement or economic bribery from Washington will transform the radical regime in Tehran into something that it isn’t. The United States will never achieve more than a cold peace with Iran, certainly nothing better than the cold peace of U.S.-Soviet détente, and it should pursue its goals accordingly.

Second, the nuclear deal is inadequate in its current form, raising the question of how Biden should approach it.

If the 2015 Joint Comprehensive Plan of Action (JCPOA), as it’s formally known, was designed to close all Iranian avenues to a nuclear bomb, it does so—at best—only temporarily. That’s because all of its restrictions on Iranian nuclear activities will expire over the course of about a decade.

Biden says that he’d rejoin the JCPOA, which Trump left in 2018, and also seek a stronger and longer deal. The question, though, is one of timing. If he rejoins the deal in hopes of subsequently negotiating a stronger JCPOA 2.0, then he may face an intransigent Tehran that’s content to exploit the sizeable loopholes in the current deal, wait for its restrictions to expire, or both. Perhaps, rather than rejoining the existing JCPOA, the incoming president should immediately seek a new agreement with a regime that wants relief from U.S. sanctions that are crippling its economy.

Third, Israel is at war with Iran, and neither a new nuclear deal nor a broader U.S.-Iran rapprochement will change that.

Israel’s war with Iran is hotter than the cold war of U.S.-Soviet vintage, but not as hot as a full-scale conflagration. Iran threatens to destroy Israel, pursues the weapons to do so, arms its terrorist allies with increasingly sophisticated weaponry, and seeks a military presence closer to Israel borders through its entrenchment in Syria. Israel seeks to derail Iran’s nuclear pursuits by assassinating its scientists and sabotaging its facilities, and it bombs the military facilities that Iran constructs in Syria and the weapons convoys that it orchestrates.

Biden is angering Israeli prime minister Benjamin Netanyahu by vowing to rejoin the JCPOA. But, if Jerusalem can’t tell Washington how to address the issue of Iran’s nuclear aspirations, neither should Washington tell Jerusalem how to protect itself from a nation that seeks Israel’s destruction.

Fourth, Israel’s capacity to attack Iran’s nuclear program from within the country is an asset for Washington to exploit.

Biden and Netanyahu may never agree about the JCPOA, but U.S.-Israeli relations need not return to the frosty days when President Obama, who spearheaded the 2015 deal, and Netanyahu clashed openly. Indeed, Israel’s capacity to strike Iran’s nuclear program could serve the interests of both Washington and Jerusalem.

With its economy severely weakened by U.S. sanctions, fueling growing domestic dissent that could threaten Tehran’s hold on power, the regime may—may—be willing to consider not just renewed but stronger restrictions on its nuclear-related pursuits. A savvy Washington might be able to use the threat of further Israeli action to push Tehran into an agreement with stronger provisions than its predecessor.

Iran, Israeli, and the greater Middle East region have evolved in the four years since Joe Biden served as Obama’s vice president. The incoming administration will achieve more by recognizing how those changes could aid—or hinder—its agenda.