Iran: Why Now Is Not the Time to Abandon Maximum Pressure 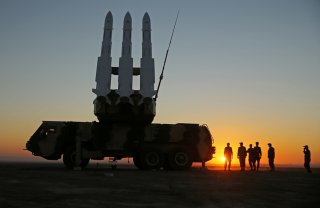 It’s become something akin to conventional wisdom among the foreign policy commentariat that Secretary of State Mike Pompeo’s “maximum pressure” campaign has failed. That Democrats would make the argument should not surprise: U.S. national security has become a political football, and Iran is on the line of scrimmage. But Republicans have also piled on, albeit more mildly. Former National Security Council official Michael Singh, for example, wrote that maximum pressure “has caused unprecedented economic pain for the Iranian regime, but has not yet resulted in any outcome that advances American interests.” American Enterprise Institute expert Kori Schake was also dismissive of the policy’s impact. “This campaign has not succeeded. None of the twelve demands that Secretary of State Mike Pompeo outlined as preconditions for new negotiations with Iran have been met,” she wrote.

To write off “maximum pressure” as ineffective or a mistake is wrong, however, even if it is true that the Islamic Republic has increased its uranium enrichment and its support for proxy militias. Put aside the fact that Pompeo’s twelve demands are common-sense policy: an end to terrorism, nuclear weapons work, missile proliferation, sponsorship of militias fighting governments across the region, threats to eradicate Israel, and so forth. To suggest any of these are not realistic or attainable goals is to normalize the Islamic Republic’s rogue behavior.

The broader problems with writing off maximum pressure as a failure, however, are three-fold: First, it is a mistake to view U.S. policy in a vacuum without considering the nature of Iran’s counter-strategy. Second, but related, is the assumption that effective strategies must conform to the U.S. political calendar. This growing trend is both symptomatic of the politicization of national security and corrosive to its effectiveness, and only encourages the Islamic Republic and other rogue regimes to try to outlast any coercion by waiting on the results of the next U.S. election and gamble on a new administration backing down amidst partisan bickering This is tragic, as there is historical precedent to Tehran reversing course in the face of overwhelming economic duress and isolation.

Third, even accepting the problems of maximum pressure, the logic of ending it falls short. The economic wing of the Islamic Revolutionary Guard Corps (IRGC) controls up to 40 percent of the Iranian economy. To lift sanctions absent any strategy to bypass industries controlled by the IRGC would be to enrich them further. While critics of “maximum pressure” suggest that the policy undercuts so-called reformers, this too projects a misunderstanding of Iranian politics as reformers have no influence over the security and military issues at the heart of Iran’s rejectionism, nor do are their ideological disputes with hardliners significant; most of the disputes between hardliners and reformers are instead about tactics.

The logical flaws at the heart of enthusiasm to condemn and dispense with maximum pressure are perhaps seen most clearly if they are applied to other challenges the United States faces. Sanctions have failed to prevent North Korea’s nuclear program, so would greater aid be in order? Attempts to isolate Venezuela failed, so perhaps instead double down on Nicolás Maduro? Strategic impatience applied to other problem spots would be equally counterproductive. U.S. strategy to counter China’s salami-slicing in the South China Sea have not forced China to reverse course, for example, so perhaps it is time to recognize China’s claims to its reefs and atolls? Freedom and democracy in Eastern Europe antagonize Russian president Vladimir Putin, so instead retreat back to the divisions of the Cold War? Simply put, it is a logical fallacy to say just because strategy A is slow-working or seemingly ineffective, that strategy B is a panacea. The world is a messy place and sometimes the opposite of an imperfect strategy can actually be much worse.

Princeton University graduate student Xiyue Wang knows Iran’s reality perhaps better than any university scholar or think tank expert today; he had a crash course when the IRGC imprisoned him for three years as part of Tehran’s hostage diplomacy. He notes that while Joe Biden wrote in the weeks prior to his election that Donald “Trump’s ‘maximum pressure’ has been a boon to the regime in Iran and a bust for America’s interests,” the real impact of the policy has been deeper than most involved in the debate realize. Given how the Iranian leadership has mortgaged itself to survive Trump, the best way forward would be to turn the Iranian leadership’s cynical calculation on its head and maintain the pressure for a few months more. It was the inability of the Soviet Union to economically weather the Cold War that led to its demise, and if the Iranian leadership does not see light at the end of the tunnel, precedent suggests even the Supreme Leader will sacrifice declared principles in order to survive.