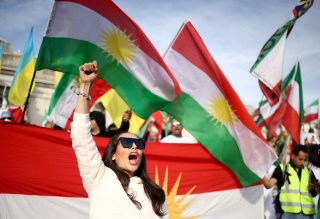 Perhaps it is only in retrospect that the magnitude of the events of the past month in Iran can be appreciated. Regardless of the outcome, the country was rattled by a revolutionary wave that was no less monumental than the Arab Spring that took off with the self-immolation of an unassuming Tunisian street vendor on December 17, 2010, and precipitated a cascade of uprisings across the Arab world, unseating dogged dictators and transforming the region’s geopolitical landscape.

The Iranian diaspora, known for its collective contributions to global sciences, arts, culture, and entrepreneurship, and encapsulated in its unique individualism that often negates the relatively strong sense of community prevailing Iran, embraced a remodeling in the aftermath of nationwide protests convulsing their ancestral homeland. They went into a frenzied, adrenaline-rushed flurry of activity, marked by social media crusading, rallies in their quarters of the world, and campaigns of boycott and sanctions against the Islamic Republic. This breadth of political cognizance and engagement was rare, if not sui generis.

But as the prospect of a political transition in Tehran subsequent to massive protests resonated with some external observers as an inevitability, or at least a highly likely scenario, the initial passion for solidarity was soon supplanted by an avaricious competition over who takes charge next. Indeed, we have seen a race to identify those seen to be most sympathetic to the Islamic Republic, so that a precocious purge could be planned. This immoderation in turn reproduced divisions in the community of diaspora on who was right and who was wrong, and typical social media squabbling ensued.

The most troubling trend was a virulent outpouring of vigilantism and revanchism, leaving scars of abuse and harassment on so many people who either didn’t deserve to be earmarked for badmouthing or were totally irrelevant to the gratuitous skirmishes. Tens of qualified, recognized Iranian-Americans who had intrinsically censured the government’s recourse to violence but presented their arguments in more finespun, nuanced ways became targets of this vengeful online partisanship. These celebrities were attacked partly because they didn’t use overly sentimental, regime-bashing language dramatizing the events, or simply because they didn’t rehash the favorite regime change talking points of the opposition’s vocal ideologues. So, although it wasn’t pronounced, salvos of earsplitting name-calling were directed at the community’s heavyweights because they drew on reliable platforms such as the Washington Post or the New York Times to put out more representative, less opinionated narratives. These portrayals included challenging the sacrosanct behemoth of the sanctions that are deemed essential to weakening Iran—while they have demonstrably starved Iranian citizens—and denouncing President Ebrahim Raisi's follies that some expats silently agree should not be criticized due to the belief that his radicalism will spell the collapse of the Islamic Republic..

In conjunction with scurrility swirling around and respected academics, think tank experts, and career journalists being berated, the social media blitzkrieg waged by the diasporic activists, mostly the adjuncts of the Mojahedin-e Khalq Organization (MEK), previously on the U.S. government’s blacklist of Foreign Terrorist Organizations, was taken to the next level. As if it were a no-knock warrant, Twitter and Instagram users with shady identities began investigating the likes and retweets of people who ventured to agree with or promote the narratives of the already blasphemed writers and academics. Resembling the Inquisition, they then started going about demanding explanations from ordinary users as to why they had liked or retweeted the account of protests as described by that certain scholar or expert, setting the stage for further vilification.

This is indeed one of the most toxic vignettes of the evolution of Iranian cyberspace: users feel apprehensive about speaking their mind or reacting to news and views in the ways they deem appropriate. The broader implications are ominous, and one of the critical questions born out of these antics pertains to the tolerance and inclusivity of those who represent the challengers of the Islamic Republic and are marketing an alternative to the theocracy, which they say will be democratic and pluralistic. People are asking: if the opposition laymen’s conduct is a microcosm of how their chieftains will behave toward their detractors if they assume power, what will exactly mark the difference between the insular, undemocratic structures existing now and the prospective stopgaps or surrogates being dangled?

At the heart of substantial controversies has been the National Iranian American Council (NIAC), an advocacy organization representing Iranian Americans. Founded in 2002, the DC-based nonprofit states that it works to elevate the voices of Iranian Americans, combat discrimination against people of Iranian heritage (especially in the realm of immigration), and encourage dialogue between Iran and the United States. It has been lambasted as being a lobbying arm of the Islamic Republic and even accused of having ties with the Islamic Revolutionary Guard Corps. The stretch of vituperation against the NGO is so sweeping that some social media users have concocted the term “NIAC-i” as a pejorative reference to indiscriminately gainsay anyone they perceive to be echoing a line of thought that even marginally complements the Iranian government’s discourse, notwithstanding their actual ties with the organization.

The climate of coercion creeping up around NIAC has put strains on the organization. Despite its several statements condemning violence and police brutality in Iran and calling for measures to support the protesters and beef up their internet access, NIAC has been forced to close off its Twitter handle’s comments. Reza Aslan, a prominent Iranian-American scholar of religion and author of six books, stepped down from his advisory role at NIAC because he felt that his affiliation had become a wall that was blocking effective communication between him and his audience. He was also one of the figures who had his own share of social media abuse and invectives.

Arguably, what is catapulting NIAC into the position of a scapegoat is that it has been denouncing sanctions and encouraging dialogue with the Iranian government, the two positions the most hawkish expats despise. It is true that NIAC urges engagement with the Iranian government to address the nuclear crisis or other sticking points, but this is what the United Nations, European Union and its agencies, Asian powers, and other international organizations are also doing. Can these entities also be accused of being part of a global conspiracy? And, of course, not everyone is bound to agree with the radical expatriates who argue that dialogue with the Iran government should be proscribed, and a campaign of maximum isolation unleashed. The accusation of bonds with the IRGC just sounds deliberately hyperbolic. Is the U.S. government too frivolous about its federal and sanctions regulations to allow an abettor of the IRGC to operate in this country for two decades without facing any legal barriers?

Yet, the extremism unmasked by the diaspora in recent weeks has been more penetrating than what one may speculate at first blush. After a press conference on October 20 by Reza Pahlavi, the son of Iran’s deposed shah, who now feels reinvigorated and has been making frequent international appearances to up the ante against the Iranian government, segments of the diaspora went into a high-pitched ecstasy, lavishing praise on the “Crown Prince” as the true, legitimate leader of the country who will be welcomed in Tehran as a savior. They have been posting statements and photos of Pahlavi, lauding him as the best-placed leader to steer the nation to prosperity. So far, it’s an expression of views, but the stalemate emerged when these monarchists initiated a social media dragnet, threatening and insulting users who identified the son of the former shah simply as Reza Pahlavi without including the honorifics “Crown Prince” before his name, vowing to retaliate and teach them how to describe a member of royal family courteously.

And this is one of the conundrums of Iranian society. A group of exiles, who have decided to pursue their fortunes in other geographical settings, wish to restore the reign of a dynasty that was toppled because of its repressive policies that frustrated people to the point of revolution. Reza Pahlavi never distanced himself from the contemptible legacy of his father Mohammad Reza Pahlavi, widely perceived as a dictator, and his supporters are busy instructing Iranians to address him in a sufficiently respectful way without ever surveying whether they wish to live under the secular iteration of another one-man rule.

Sentimentalism, irrationality, and lack of respect and tolerance are the overarching hallmarks of the diaspora’s demeanor these days. The social media atmosphere is patently unhealthy and the doors to dialogue have obviously been shut. The bottom line is clear: people living within the boundaries of Iran are those who should determine their future. Giving them a voice means to have the courage to pulverize the narcissisms and judgmental dispositions that characterize the online and offline behavior of a large number of Iranian expats who are apparently fighting for their own egos and footprint rather than the aspirations of the Iranian people. If the basics of democratic participation, namely the toleration of discordant voices, cannot be practiced at this moment, let’s face it and admit democracy will not triumph in Iran.