Iranian Influence in Iraq Is Not a Threat to U.S. National Security 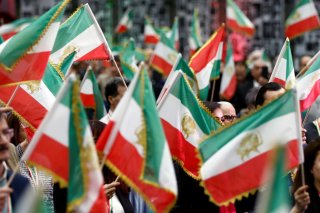 Even as both countries confront the coronavirus pandemic, the United States and Iran are competing for influence in Iraq–both seeking inroads with the newly formed government of Iraqi prime minister Mustafa Al Kadhimi and the general populace. In fact, Iran has sought to increase its influence in Iraq ever since the United States chose to topple Saddam Hussein’s regime in 2003 (ironically, Hussein was a counterweight to Iran in the region). As Iraq’s neighbor and a Shia Muslim country (Iraq is majority Shia), Iran and Iraq will always have geographic, ethnic, cultural, religious, and economic (trade between the two countries is estimated at $12 billion with plans to expand to $20 billion) ties. The salient question is: Does Iran’s influence in Iraq jeopardize U.S. national security? The answer is: no.

In terms of actual military capability, Iran pales in comparison to the United States. The United States. has 1.3 million active-duty military personnel compared to Iran’s just more than five hundred thousand. The U.S. Air Force has more than 1,400 fighter aircraft compared to 350 for Iran. The U.S. Navy consists of more than four hundred ships, including aircraft carriers, cruisers, and destroyers. Iran has about four hundred ships, but nothing like a U.S. aircraft carrier. Its largest ship is a frigate (six total), which is smaller than the U.S. Arleigh Burke-class destroyer (more than sixty in the fleet), and the majority of ships in the Iranian navy are small patrol craft.

But it’s more than differences in numbers. The U.S. military is the most modern military in the world and is technologically more advanced and sophisticated. For example, many of Iran’s aircraft include decades-old former Soviet fighters and even former U.S. aircraft dating back to the 1970s. Whereas the U.S. Navy is a “blue water” navy that can operate anywhere in the world, Iran’s navy is a “green water” navy that can only operate regionally. In other words, Iran’s military is simply outmatched by the United States. Moreover, Iran does not have a power projection capability for its military to reach America.

But what if Iran becomes a nuclear power?

Though Iran recently put a military satellite into orbit and is making progress towards having intercontinental ballistic missile (ICBM) capability, its longest-range operational ballistic missile is the Shahab-3 with a range of thirteen hundred kilometers (about eight hundred miles–far short of the more than three thousand miles needed for ICBM range).

Second, even if Iran is eventually able to build a nuclear warhead that can be deployed on an ICBM (not a trivial feat), that does not mean it is an existential threat to America. Just as is currently the case vis-à-vis North Korea, the larger U.S. strategic nuclear arsenal is a powerful deterrent. Iran knows that using a nuclear weapon against the United States would likely be met with a devastating retaliation. In other words, the mullahs in Tehran would have to be suicidal. Despite often bold and blustery rhetoric towards the United States, they have demonstrated they are much more interested in survival and maintaining power.

But isn’t Iran a terrorist threat?

Iran supports Hezbollah–a Shiite terrorist organization that threatens Israel but is not a direct threat to the United States (Hezbollah has not attacked U.S. targets since the 1980s, when it bombed the U.S. embassy and Marine barracks in Lebanon in retaliation for the U.S. military presence there). But Iran is not a natural ally of either Al Qaeda or ISIS, which are both Sunni extremist organizations. At best, Iran has had a tenuous relationship with Al Qaeda, but not a formal alliance and has not sponsored Al Qaeda attacks against the United States and Iran actually worked to expel ISIS from Iraq.

If Iran is not a threat to U.S. national security, then neither is its influence in Iraq. As such, whatever one thought of the wisdom of the original U.S. mission to invade Iraq in 2003, there is no compelling reason for the U.S. military (about five thousand troops) to remain in Iraq. The subsequent mission of denying ISIS a caliphate in Iraq has been accomplished. Even Trump agrees it’s time to hand the fight against ISIS over to Iran, Iraq and Syria.

Charles V. Peña is a senior fellow with Defense Priorities. He has more than twenty—five years of experience as a policy and program analyst and senior manager, supporting both the Departments of Defense and Homeland Security. Peña is the former director of defense—policy studies at the Cato Institute and author of Winning the Un—War: A New Strategy for the War on Terrorism.