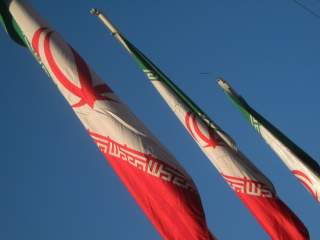 In a recent article in the National Interest, Paul Pillar addresses Iran’s ballistic missile program under the title: “Get Over It: Iran will have Missiles.” In other words, he suggests that we resign ourselves to what he regards as Iran’s legitimate ballistic missile program, which he argues is purely for Iran’s defensive needs, in line with what we hear from Iran itself. He brushes aside UN Security Resolution 1929 from June 2010—for him the resolution’s restriction on Iran’s work on ballistic missiles that can carry a nuclear payload was meant only as an additional sanction toward convincing Iran to come to the negotiating table. Moreover, he argues, Iran did not agree to any restriction on its ballistic missile work, and therefore we cannot hold Iran to it—as opposed to the JCPOA, which Iran agreed to. “Iran has never been under any obligation to help sanction itself,” he notes.

These are some of the most bizarre arguments that have been raised in the twelve-year nuclear crisis with Iran. If we try to follow the logic of the argument, it seems to be that a country can only be held to something it agrees to. If it violates that agreement (like the NPT, that Iran agreed to), rather than being held accountable, Pillar is saying that the country actually cannot be held to any consequences in that regard, because it did not agree to them. Especially with what we now know about Iran’s record of blatant deception in the nuclear realm, and decades-long violation of the NPT—confirmed by the IAEA last month—this line of reasoning is ludicrous.

Pillar tries to undermine the case against Iran’s recent medium-range ballistic missile tests, the first of which has already been deemed a violation of UN Security Council Resolution 1929, by explaining that ballistic missiles are an accepted part of the defensive posture of many states, and that the missiles in the arsenals of most states are not intended to be used with WMD. Be that as it may, it is totally irrelevant to the Iran case. Regarding Iran, the assessment is that it continues to harbor military nuclear ambitions, and there is nothing in Iran’s behavior, rhetoric or the JCPOA itself to indicate that it has backed away from the military nuclear intentions that we know it worked on at least up to 2009, according to IAEA Director General Yukiya Amano’s final report on the possible military dimensions (PMD) of Iran’s program. So in Iran’s case, all of these explanations about the role of missiles have no relevance; what matters is Iran’s work on ballistic missiles that could carry a nuclear warhead.

In this regard, Pillar chooses to focus on intercontinental ballistic missile capabilities, and challenges assessments that Iran is working on these. He dismisses reports on ICBM work as “scary rhetoric,” and bases this conclusion on one assessment—by Greg Thielmann—that deems these missiles “nowhere in sight.” But while Pillar would have the reader believe that the entire case of ICBM intentions is bogus, what Thielmann argues in an article published in late November 2015, also in The National Interest (one can only assume this is Pillar’s source, although he provides no reference) is not that. The focus of Thielmann’s piece is that there will be no Iranian ICBM in 2015. Thielmann does not dispute assessments that Iran is working on ICBM capabilities, but rather points out that the timeline has been revised. One official he quotes is Secretary of Defense Ashton Carter from late July 2015 who said “I wouldn’t rule out that in ten years, Iran could progress to an ICBM.”

According to James Clapper’s recently released worldwide threat assessment (March 25, 2015), “Iran’s ballistic missiles are inherently capable of delivering WMD, and Tehran already has the largest inventory of ballistic missiles in the Middle East.” So, at issue are not only intercontinental ballistic missiles that Iran is reportedly working on, but shorter range ballistic missiles that can carry a nuclear payload. The missile tests that Iran conducted in October and November provide indication that Iran is working in this direction. So, is Pillar saying that if Iran is developing missiles that can carry a nuclear payload but the missiles cannot reach the United States, then there is no problem? Unfortunately, regarding shorter-range missiles, all he is willing to say is that they are “more relevant to Iran’s defense needs,” with references to the Iran-Iraq war.

Finally, Pillar, like the Iranians themselves, tries to dismiss any intent to focus on Iran’s ballistic missile plans and activities as unwarranted because the missile program is not covered by the JCPOA, which was intended to focus ‘only on nuclear matters. However, what Pillar ignores is that ballistic missiles happen to be one of three critical components of a nuclear weapons capability—along with fissile material for the nuclear explosion and the ability to build a nuclear warhead. As such, ballistic missiles do not fall under the heading of ‘other grievances.’ They were left outside the negotiations on a final and comprehensive nuclear deal at the behest of Iran, who indeed claimed they were ‘non-nuclear.’ The fact that the P5+1 negotiators agreed to this is simply the first of many concessions that they made to Iran in order to secure a deal. But there was no logic to leaving missiles outside the purview, for reasons of them being non-nuclear. Moreover, UN Security Council Resolution 1929, soon to be replaced by Resolution 2231, targets Iran’s work on ballistic missiles that can carry a nuclear payload, and deems this work unacceptable. To argue that these resolutions do not matter is tantamount to closing one’s eyes to an emerging threat.

Broadly speaking, the article is reminiscent of the many articles in the past that tried to claim that we cannot stop Iran from enriching uranium because uranium enrichment is legal in the context of a civilian nuclear program, and who can say that Iran means to build a bomb. In a similar manner, Pillar argues that missiles are non-nuclear, and legitimate for defense. In both cases, it is correct that there are two possible uses for the technology. Therefore, it is incumbent upon analysts to employ our best strategic abilities, on the basis of what we know about the overall picture, in order to come to the best assessment about what the likely purpose is.

The now unequivocal conclusion that Iran worked on a military nuclear program for decades in violation of the NPT—a conclusion that Iran continues to flatly deny—is certainly an important piece of the strategic puzzle that Pillar chooses to ignore. He also claims that concerns about Iran’s military nuclear plans have been put to rest by the Iran deal. But Iran’s record of past deception, coupled with the fact that the deal will sunset in ten-to-fifteen years—around the same time Iran might achieve ICBM capabilities—makes his argument questionable at best. In line with the title of Pillar’s article, one is tempted to think that the real message is “get over it: Iran will have a military nuclear capability.”

Shimon Stein is a senior research fellow at the Institute for National Security Studies (INSS). He served as Israel's ambassador to Germany (2001-7).