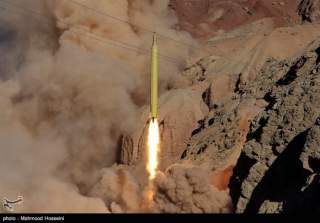 Whether or not the Iranian assessment of the post-deal situation is accurate is a fairly irrelevant question, however. Whatever their assessment, the fact is that the Iranian perception of the United States’ willingness (or a lack thereof) to follow through with a negotiated agreement would very likely lead them to harden their positions on the missile issue.

Not to be outdone, the American position is likely to harden as well with the new administration next January. Whichever of the two candidates is elected, it’s fairly safe to make the assumption that the American line towards Iran would be noticeably tougher in a Clinton or Trump administration than it was during the Obama administration.

In summary, you’re dealing with an Iranian side with very little flexibility and/or political will for negotiation on the missile issue and an American side with position that’s ambiguous at best, along with a new executive who will likely take an equally hard line. This would all be for negotiations on an issue that does not pose a very serious threat to the United States, nor to its regional partners.

Designating the Iranian missile program a priority under such conditions would achieve nothing except the perpetuation of the mutual enmity and gridlock that has defined U.S.-Iran relations since the revolution. The progress made towards ending (or at least reducing) the pervasive maximalism in both sides’ negotiating postures with the JCPOA should not be wasted on something that is, at this point in time, such a dead-end endeavor.

A more prudent diplomatic strategy would be to focus on an issue (or issues) where the interests of the United States and Iran are closer than they are on the missile program. One option could be narcotics trafficking from Afghanistan into Iran. Another potential option is discussing each other’s intentions in Persian Gulf waters. Whatever the choice, the specifics aren’t as important as the process. As long as it’s something that shows the other side that there is something to be achieved by negotiating with you.

Negotiating with Iran, or with the United States for that matter, will never be easy, nor will it ever be without hurt feelings. However, neither does it have to be doomed to devolve into the tit-for-tat exercise in positional bargaining that would almost surely come to pass if future negotiations between Iran and the United States are myopically focused on Iran’s missiles.

Robert Andrea is an incoming postgraduate student in the Department of War Studies at King’s College London. His research primarily focuses on Iranian politics & foreign policy, diplomatic strategy, and proxy warfare as statecraft.

ّImage: A Qadr-H missile being demonstrated for the press. Tasnim News Agency/Mahmood Hosseini. CC BY 4.0.