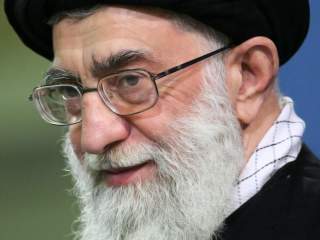 Two highly important nationwide elections will be held in Iran on February 26. They are for the Majles [parliament] and the Assembly of Experts, a constitutional body that appoints the Supreme Leader and can, at least theoretically, fire him as well. The Majles has 290 members, five of whom are reserved for religious minorities. Jews and Zoroastrians elect one representative each, Assyrians elect one, and Armenians vote for two candidates of their own. The Assembly has 88 members. The Majles deputies are elected for a four-year term, whereas members of the Assembly serve for eight years.

Elections in Iran are not democratic and involve several stages. First, the candidates declare their candidacy and register with the ministry of interior. Next, the ministry forms throughout the nation what are called local “executive councils,” whose task is to check the qualifications and backgrounds of the candidates. Those that pass the councils’ background check move to the next stage in which the Guardian Council, a constitutional body that vets the candidates for almost all the elections, investigates their qualifications. Those that are accepted by the Guardian Council run in the elections.

After the fraudulent presidential elections of 2009 Iran’s “deep state”—the secret and semi-secret networks of hardliners in the security, intelligence and the judiciary apparatus who supposedly support the Supreme Leader Ayatollah Ali Khamenei—banned the two major political organizations of the reformists, Islamic Iran Participation Front and the Organization of Islamic Revolution Mojahedin. Ever since, the reformists have been determined to make a political comeback. Thus, a large number of them registered with the ministry of interior to run in the elections this year. Since the executive councils are currently run by the interior ministry, which is controlled by the moderate Hassan Rouhani administration, most candidates passed the first checks. Indeed, over 12,100 had registered to compete for the 290 Majles seats, and the councils accepted the candidacy of over 93 percent of them.

Accepting the vast majority of the candidates by the executive councils angered deeply Iran’s deep state. Khamenei and the deep state know that the reformists and moderates could easily win by a landslide in any truly competitive elections. Eight years of Mahmoud Ahmadinejad’s presidency—one of the darkest periods in Iran’s contemporary history during which corruption, mismanagement of the economy, inflation and unemployment were rampant—left no credibility for the hardliners. The crippling economic sanctions imposed on Iran by the United States and its allies almost broke the back of Iran’s economy. Thus, candidates that are linked to the deep state would not win any competitive and fair elections.

The deep state is also terrified by President Rouhani’s high popularity in the aftermath of the nuclear accord signed between Iran and P5+1 and the recent lifting of the economic sanctions. Khamenei has also been resisting Rouhani’s efforts for creating a more open society and giving political space to moderates and the reformists. The deep state has the most to lose, both politically and economically, from any relaxation of the hardliners repressive rule, and in particular holding competitive elections.

Thus, the deep state went to work. Mohammad Hossein Nejat, deputy IRGC chief for cultural and social affairs, declared on January 14 that the executive councils should have disqualified a large number of the candidates, and because they did not, “The Guardian Council must do the job.” Other IRGC officers warned against allowing the candidates of “sedition”—the name the hardliners use to refer to the Green Movement—to run in the elections. These warnings were widely interpreted as the deep state’s message to the Guardian Council to disqualify the reformist and moderate candidates from running. Even Nejatollah Ebrahimian, the Council’s spokesman, criticized such a large number of disqualified candidates, and strongly criticized Ahmad Jannati, the ultra-hardline cleric and Secretary-General of the Guardian Council.

The Guardian Council did not disappoint its masters, the deep state. In its preliminary report three weeks ago it accepted only 42 percent of the candidates. Out of 3,000 reformist candidates exactly 1 percent—30 candidates—was declared qualified. A large number of moderate conservatives were also rejected. In turn, practically all the hardline candidates that are in fact the public face of the deep state were deemed qualified by the Guardian Council. After much debate, protests by President Rouhani and by practically every stratum of the society, public anger and calls for boycotting the elections, the Guardian Council relented somewhat and accepted 55 percent of the candidates. But, once again, none of the leading reformists or even their second tier candidates has been allowed to run.

Although the greater Tehran district elects only 30 Majles deputy, the elections in that district have always had greater weights and symbolic meanings, because Tehran is the political and economic heart of the nation. Various factions of the hardliners linked with the deep state have formed a coalition and just announced their joint list of candidates for Tehran. Roughly half of them belong to Jebheh Paaydaadi [Steadfast Front], an ultra-hardline faction that consists of retired IRGC officers, former members of the hardline Basij militia and followers of the reactionary hardline cleric Mohammad Taghi Mesbah Yazdi. Reports from Tehran indicate that the reformists are also trying to develop a list of their candidates for the Greater Tehran district, and have announced formation of a coalition with moderate supporters of President Rouhani in many districts around the nation.

In some sense the elections for the Assembly of Experts are even more important than those for the Majles. The reason is Khamenei’s health and the question of his successor. Although there have been rumors for years that Khamenei, 76, has cancer and may pass away soon, there is now credible evidence that he may indeed die some time during the next term of the Assembly. He underwent prostate surgery in September 2014. In a speech to the IRGC officer corps in September of 2015 Khamenei suggested that he may not be around much longer, saying Iran's enemies "are waiting for a time when the nation and system fall asleep, for example in 10 years when I may not be here, to realize their objectives," which he believes are trying to infiltrate Iran to gain influence. Thus, the question of Khamenei's successor has grown greatly. The deep state is trying to ensure that the Assembly will remain under its tight control, when the time comes to select Khamenei’s successor.

Over 800 candidates registered with the ministry of interior to compete for the 88 seats of the Assembly. Former President Akbar Hashemi Rafsanjani who has increasingly allied himself with the reformists and moderates, former reformist President Mohammad Khatami, and President Rouhani encouraged their younger allies to run for the Assembly’s elections. In particular, Hassan Khomeini, 44, a grandson of Ayatollah Ruhollah Khomeini, the founder of the Islamic Republic, who is an ally of the moderates decided to run.

The reformists and moderates were hoping to present to the public a list of their 16 candidates for the Assembly for the province of Tehran, with Rouhani, Rafsanjani and Hassan Khomeini heading the list. They were hoping that if the time for selecting Khamenei’s successor arrives, they would be able to influence the selection process. But, the Guardian Council announced on February 10 that it has accepted qualifications of only 161 candidates. There will be no competition in at least six districts, as there is only one candidate for such districts. In particular, the Guardian Council rejected the young Khomeini. Lack of competition in some districts became so embarrassing that the ministry of interior announced that some candidates can switch from their own districts to others where there is less or no competition, in order to make the elections seem more competitive.

The next move by leaders of the reformists, moderates and allied groups has been encouraging the public not to despair and vote in vast numbers, giving lesser known reformists and moderates a better chance of getting elected. The hope is that the majority of the ultra-hardliners can be expelled from the Majles, so that the next parliament will be more supportive of the Rouhani administration.

The reformists and moderates also hope that Rafsanjani and Rouhani will receive the highest number of votes for the Assembly, hence embarrassing Khamenei, the deep state, and their supporters. In the last elections for the Assembly in the fall of 2006, Rafsanjani received the highest number of votes—a defeat for the deep state as it had done what it could to prevent his election.

Akbar Ganji, Iranian investigative journalist and human rights advocate has called on the public not to vote for three leading hardline clerics that are despised by a great majority of the people. The three, known by their Farsi (and English) acronym, JYM, are Jannati, Mohammad Yazdi, the current Chairman of the Assembly, and Mesbah Yazdi. The call quickly spread throughout cyberspace, and has been taken up in Iran by the opposition.

If the trio does not receive enough votes to be elected, then the deep state will have only two choices. It will either have to accept the results, which will be an embarrassing defeat for them and for Khamenei. Such a possibility has terrified the Supreme Leader, to the extent that he has been forced to personally defend them in public speeches. Alternatively, under the guise of “national interests,” the deep state may pressure Rouhani and his minister of interior, Abdolreza Rahmani Fazli, to commit fraud—as happened in the presidential elections of 2009—in order to “elect” the JYM trio. That would surely create a huge confrontation between the Rouhani administration and the deep state.