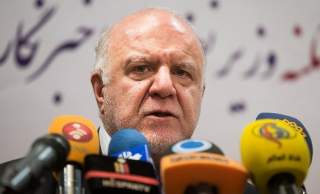 Recent diplomatic efforts on the part of Tehran reveal it to be pursuing a two-pronged strategy towards attracting investment and reintegrating with the global economy: (1) seeking foreign capital to rebuild the country’s domestic infrastructure, while (2) using Iranian capital to finance the construction of oil refineries throughout the world. With Iran’s infrastructure investment needs estimated at $1 trillion over the next ten years, Tehran will be heavily reliant on project finance arrangements in order to rebuild its infrastructure. Under these arrangements, investors put up large sums of money in exchange for a return based on long-term cash flows—often for up to thirty years.

Iran’s heavy reliance on project financing arrangements will have consequences that far outlive the initial terms of the Iranian nuclear agreement, while creating a potentially unique set of incentives for the various parties in the event Iran defaults on its commitments or resorts to old patterns at the expiration of the Joint Comprehensive Plan of Action (JCPOA). As such, Tehran’s strategic thinking is clearly calculated well beyond the terms of the JCPOA. In its strategy to reintegrate with the world economy, Iran is playing the long game.

The three main players involved in the sanctions regime were the United States, EU and UN. One of the most significant features of the JCPOA is the provision for the “snapback” of sanctions in the event of “significant non-performance by Iran.” In the event of a sanctions “snapback,” companies would not be punished directly for having entered into agreements with Iran at the time sanctions were lifted. Moreover, such contracts may also benefit from a grace period for investors to wind down operations in Iran. In the case of basic trade relations, the flow of goods must simply cease before the expiration of any wind-down period. What is less clear, however, is how this provision will be applied in the context of large infrastructure projects, which are often built and financed on the basis of cash flows that will last well beyond the terms of the JCPOA. Indeed, this provision could be applied to allow anywhere from a significant amount of time to wind down investments all the way to a more aggressive application that leads to absolute and immediate loss.

Given the possibility of total loss, European governments are likely to only seek “snapback” in the most egregious of circumstances—for example, an increase in Iran’s uranium stockpiles beyond the agreed limits. Of course, after the expiration of the JCPOA (in roughly fifteen years), UN and EU sanctions will completely terminate, making any reimposition of UN sanctions subject to the veto power of the UN Security Council. Any reimposition of EU sanctions will require the unanimous consent of the member states in the Council of the European Union. The United States can always unilaterally reimpose its secondary sanctions (which pre-JCPOA applied extraterritorially to non-U.S. entities that invested in Iran’s petroleum sector), but will likely find itself increasingly isolated and alone if it chooses to do so.

Iran’s strategy of utilizing long-term financing arrangements with foreign investors will thus give Iran additional leverage against efforts to rigorously enforce the JCPOA before it expires in roughly fifteen years. After the expiration of the JCPOA, however, Iran’s leverage will only increase, as any reimposition of UN sanctions will require significant international coordination. Such coordination will likely prove more difficult to come by, as non-U.S. investors will have made significant financial commitments while sanctions were lifted, and therefore have the most to lose.

Estimates place Iran’s infrastructure development needs at anywhere from $200 billion for its oil infrastructure alone to $1 trillion for the wider economy over the next ten years. Iran’s banking sector is made up of eight state-owned and nineteen privately owned banks with a market cap of roughly $582 billion, falling well short of the amount needed to rebuild the country’s flagging infrastructure. To make up for this shortfall, Iran is engaging in extensive discussions with private and state-owned firms to rebuild its domestic infrastructure, in countries as varied as Russia, Ukraine, France, Italy, China, India and South Korea. While foreign investment in Iran has been limited to date, India’s recent commitment to construct the $500 million Chabahar Port in southeastern Iran demonstrate that this trend may start moving in the opposite direction. The Treasury Department’s recent clarification on its regulations governing the ability of U.S.-owned (or -controlled) foreign entities to do business in Iran is another step in this direction.

From Iran’s perspective, allowing foreign firms to rebuild its domestic infrastructure carries three primary advantages: First, it will give Iran access to superior technology and expertise, which it can then acquire under technology transfer agreements. Second, it will give the relevant players a vested interest in the success of the nuclear deal and the maintenance of its terms beyond the initial periods—significantly increasing international pressure to keep Iran integrated with the global economy. Third, Iranian capital will be “freed up” to invest abroad by seeking out strategic areas to gain a return on investment and further the Iranian state strategy of expanding and securing long-term markets for Iranian crude oil.

This past January, Abbas Kazemi, head of the state-run National Iranian Oil Refining and Distribution Company, expressed Iran’s official state policy as being committed to investing in overseas refining capacity in order to boost and secure its crude oil markets over the long-term. Iran is achieving these goals through the construction or purchase of ownership shares in refineries throughout Europe, South America, Southeast Asia and Africa.

Iranian oil minister Bijan Zanganeh and South African energy minister Tina Joemat-Pettersson announced an agreement in April to build petrochemical plants and oil refineries that will process Iranian crude through a Joint Venture (JV) arrangement. In February, Iran announced that it was in negotiations with six countries, including Malaysia and Indonesia, over the construction of oil-refinery capacity. In June 2015, Iran finalized an agreement with China and Indonesia over the construction of a refinery that will process 150,000 barrels per day of Iranian crude. Iran’s ambitions also extend to Europe and South America, where it is in talks with local companies in Spain to build a refinery with a capacity of two hundred thousand barrels per day and to purchase troubled refinery projects in Brazil. In December 2015, Iran also announced the construction of an oil refinery under a JV arrangement with a private-sector partner in Brazil that will have a processing capacity of three hundred thousand barrels per day.

Iran’s outward-facing oil policy also has a domestic component. Despite being the third-largest OPEC producer, Iran is an importer of refined product (that is, gasoline). Taking a page right out of the Saudi playbook, Iran plans to decrease its reliance on foreign gasoline imports by boosting its domestic refining capacity by 2020, allowing Iran to increase its share of the domestic market at the expense of foreign exporters. Iran is once again seeking foreign investment to finance this increase through the construction of five new refineries and the upgrading of five other refineries.

The Islamic Republic’s strategy of seeking foreign investment to rebuild its domestic infrastructure under long-term financing arrangements, while using Iranian capital to build oil refineries abroad, will have consequences beyond the terms of the JCPOA while affecting its current enforcement. Nevertheless, the private sector has the potential to play a significant role in strengthening the enforcement of the JCPOA depending on how its investment contracts are structured. Indeed, aggressive contract provisions that allow any “snapback” of sanctions to be grounds to immediately terminate the contract, seek damages through arbitration, and enforce arbitration awards in foreign jurisdictions, will likely encourage Tehran to hew closer to the letter and spirit of the JCPOA than it might be willing to do otherwise.

Of course, this approach assumes some degree of coordination between the various players seeking to do business in Iran over the coming years. The potentially diffuse set of actors, however, may create a situation where the rush to invest in Iran becomes a race to the bottom. Under both scenarios, by building refineries abroad to secure its market share, while allowing foreign investment to rebuild its flagging infrastructure, Tehran has signaled that it has ambitious plans for how it will leverage its position under the JCPOA to reintegrate and remain reintegrated with the world economy.

Greg Everett is an energy lawyer in Houston, TX. He is a former Research Assistant at the Eurasian Energy Futures Initiative at the Atlantic Council and Foreign Law Clerk to Justice Elyakim Rubinstein of the Supreme Court of Israel. The views expressed herein are solely those of the author in his private capacity and do not in any way represent the views of any current or future employer of the author.