Iran's Foreign Policy Is in Chaos. How Should America Respond? 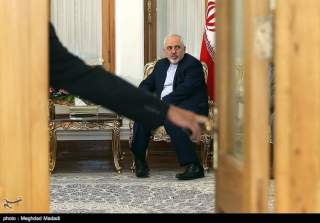 Still, the black box approach may prove to be the wiser one with Iran, for three key reasons. First, because appearing pro-American is dangerous in Iranian politics, effective action to back factions we find congenial puts those factions in danger. (There was even an attempt to brand the moderate/reformist coalition in February’s elections the “English list,” after another of Iran’s perceived enemies; moderate clerics are accused of promoting “American Islam.”)

Second, and more importantly, excusing hardline actions to benefit moderates reduces both the price to Iran of taking those actions and the moderates’ incentives to rein in the hardliners. It can even allow Iranian leaders to play good cop, bad cop with us—the moderates can threaten us with what the hardliners will do if we don’t play nice; the hardliners can warn of what they’ll do to the moderates.

But third, and most importantly of all, Iran’s political system is not a normal political system where the president is in charge. There is a deep state linked to the IRGC and to various quasi-governmental economic institutions; there is also the Supreme Leader and the institutions he controls, including the Guardian Council, the intelligence services, and the judiciary. It would take a bit of sleight-of-hand to say that the foreign minister is the only legitimate interlocutor on Iranian foreign policy. Soleimani is not some idle kibitzer; he can bring about the “bloody intifada” he threatens. His chain of command, moreover, ends at Khamenei, not Rouhani or Zarif. It’s a similar story with actions by the murkier parts of the deep state: when vigilantes enjoy impunity, Iran is responsible; when they break into diplomatic compounds (a recurring problem), Iran is failing to live up to its obligations as a host.

Some level of engagement with the less traditional elements of the Iranian state can also be appropriate. In some areas, that might require direct contact; but in others a mere reply fits the bill. It is worth pointing out that some hardline actions undermine hardliners’ own stated goals. Soleimani’s remarks about Bahrain are a perfect example. Since before the revolution, Iran has pushed for a Persian Gulf free of foreign powers; with those powers gone, Iran would be the predominant state in the region. Yet by threatening regime change in a neighbor allied with the strongest of those powers, Soleimani only encourages more foreign presence, reducing Iran’s relative power. He also encourages the Gulf states to band together, again weakening Tehran. The BBC’s Mehrdad Farahmand, noting this dynamic, even called Soleimani’s remarks “a gift to the Saudis.” America’s can, therefore, can address both sides of Iran’s power equation in a way that doesn’t harm only one.

Image: Iranian foreign minister Mohammad Javad Zarif in a meeting with the ambassadors of Belarus and Pakistan. Tasnim News photo by Meghdad Madadi, CC BY 4.0.