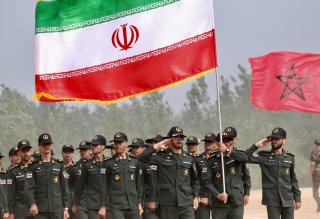 The twentieth century was not kind to multiethnic empires. During that time, most of the world’s population transitioned from subjects to citizens. And, in most of the empires where a non-majority group ruled over other ethnic groups, the second tier ethnic groups seceded from central control. One of the few outliers is Iran. Iran has been immune to the waves of democracy that swept over most of the world during the twentieth century and has sustained control over vast territories and minority populations that do not enjoy the same rights as the Persian core. Over half of the population of Iran is comprised of non-Persian ethnic minorities: Azerbaijanis, Kurds, Arabs, Turkmen, Baluch and more. Most of Iran’s border provinces are populated by these non-Persian ethnic groups, which share ties with co-ethnics in bordering states. Tehran’s fear of losing its internal empire constrains Iran’s movement toward democracy. Like other multi-ethnic empires, Iran faces the democracy conundrum: in multi-ethnic states where one non-majority group prevails over others, democratization entails the risk of loss of empire.

Violent repression deters and inhibits ethnic groups from seeking self-rule. With reform and democratization processes, and thus the removal of the threat of death, imprisonment and torture, groups that have been dominated by others often seek independence. Civil war during a regime change or regime collapse also creates opportunity to attain self-rule, with the ruling elite weakened by internal battles, and even groups that did not have strong independence movements often seize the moment and breakaway from the ruling center. Thus, the trends of democratization and loss of empire are connected.

Due to this connection, the threat of the loss of empire has often squashed reform programs of various multi-ethnic empires and states. Each time the USSR initiated serious domestic reforms after World War II, powerful protest movements broke out in Eastern Europe hoping to take advantage of Moscow’s new openness to regain their freedom. Moscow violently suppressed these challenges to its control of Eastern Europe, and subsequently ended the domestic reforms that had catalyzed the anti-Soviet activity. In contrast, in the late 1980s, Moscow did not suppress the challenge to its rule in Eastern Europe that emerged during the Gorbachev period and maintained its reforms; subsequently, Russia ended up losing its domestic empire, including territories where Russians had prevailed for hundreds of years.

Both the governing systems that have ruled Iran in the twentieth century—the Pahlavi Monarchy and the Islamic Republic—have suppressed Iran’s ethnic minorities and not allowed them to use their languages in schools and government institutions. Despite possessing vastly different ideological and strategic orientations, the two regimes have given dominance to Persians, including exclusive use of the Persian language.

In the past two and a half years, widespread demonstrations and anti-regime activity have been taking place in Iran. These demonstrations are exceptional in the history of the Islamic Republic, as they encompass all economic classes, multiple professional sectors and almost all provinces and major cities in Iran. The demands of these protests are different from previous ones directed at the Islamic Republic—they are not calling for a change in policy or protesting an election outcome, but are directed against the system itself and calling for its end. Due to the Covid-19 threat which has hit Iran particularly hard, the anti-regime protests have abated. However, once the health danger subsides, they are likely to flare up again. The regime’s recent blunders—shooting down a commercial plane, firing on its own naval ships, mismanagement of the coronavirus—are reminiscent of the types of mishaps witnessed in the last years of the USSR, and seem to be signs of regime weakness.

However, fear of loss of empire constrains the democracy movement in Iran. Most of the mainstream Iranian opposition groups join the ruling regime in wanting to preserve the Persians’ dominance and the Persian language in Iran. The regime skillfully uses this fact to its advantage, warning opposition groups that regime change risks losing Iran’s domestic empire. Both the mainstream opposition and the regime seem to be aware that democratization can lead to loss of Iran’s domestic empire, as has happened in many places. And, in fact, it would be hard for a democratic government in Iran to explain why it allows various freedoms, such as gender freedom and religious freedom, but does not allow cultural and linguistic freedom to half of the population. If a new regime did not allow these freedoms, it would most likely need to violently suppress minorities, and effectively end democracy.

The ruling regime in Iran and mainstream scholarship claims that indeed Iran is an outlier and unified as one big happy mosaic where most of Iran’s ethnic minorities strongly identify as Iranians. They point to the large numbers of ethnically mixed families and also to the fact that most of Iran’s population is united under Shia identity. In addition, the Islamic Republic does allow members of the ethnic minorities access to power if they are willing to give up their native culture. In fact, Iran’s leader Ali Khamenei himself hails from an ethnically mixed family and speaks Azerbaijani, while Iran’s military chief Ali Shamkhani is an ethnic Arab, indicating that individual members of ethnic minorities can rise high in the regime.

Other factors working in Iran’s favor in holding the country together is that the Islamic Republic is not a federation or confederation, nor are the ethnic groups concentrated in overseas territories. These structures often facilitate empire disintegration. In addition, most of Iran’s neighbors do not support a change in its borders, and some, such as Turkey and Iraq, actively work to oppose it through coordinated attacks with Tehran on Kurds. As an additional protection, the ruling regime in Iran usually appoints governors and heads of local security services that are not native to the regions they govern, who also usually do not speak the local languages. Thus, unlike during the Soviet and Yugoslavia breakups, there are few local leaders in place with an interest to break from the center. In addition, many of the minority groups infight over control of land and other resources in shared regions, such as Kurds and Azerbaijanis in Iran’s West Azerbaijan Province. Tehran is quite skilled in exacerbating these conflicts.

At the same time, ethnic-based movements are carrying out regular violent attacks on the regime and its institutions. Economic disparities among ethnic groups also pull Iran apart. The ethnic minority populated provinces are poorer, have lower levels of government services and lower quality infrastructure than the Persian center. Even water supplies are unstable in the areas populated by Arabs, Kurds and Baluch. Also, while ethnically mixed families in Iran may be common in the central cities, this is not the case in the provinces, where local languages and cultures prevail. Furthermore, social and other mass media are fostering revivals of ethnic-linguistic identity. Most of the minority populations in Iran watch television and receive their news in their native languages by satellite TV or internet, and not from Tehran’s government-controlled Persian media. Through the foreign media, traveling to neighboring countries, and interactions on social media, many are gaining ethnic awareness and pride. Iranian official media in contrast, often presents very negative images of members of the ethnic groups, based on widely held stereotypes. Previous generations in Iran had by and large internalized the messages of the Pahlavi regime that the ethnic minorities are inferior to the great Persian nation that rules them. No longer.

In the last two years, faced with growing opposition, some of it violent, the ruling regime in Iran has turned to fostering Persian nationalist messages as a way to bolster support among Iran’s core ethnic group. This is reminiscent of Stalin’s use of the Russian Orthodox Church and Russian nationalism to galvanize Soviet subjects to fight during World War II. While this may be a useful tool to galvanize the Persians to stick with the ruling Islamic Republic, it is further isolating and inciting Iran’s ethnic minorities.

The Islamic Republic of Iran might be stuck in the democracy conundrum of multiethnic empires, with no clear path to democratize without risk of losing part or all of its domestic empire. Iranian democracy advocates are likely thinking hard how to manage a democratic transition while keeping Iran intact. Economic equity for the minorities in the provinces might help, as would viewing language rights not as a threat to the unity of the state, but as a potential tool for preserving the state’s unity, as in Canada. Some might even decide that democracy is more important than continued rule over all of Iran’s border provinces and take the risk of losing empire in order to have freedom.

Dr. Brenda Shaffer is Senior Advisor for Energy at the Foundation for Defense of Democracies, a nonpartisan think tank focused on national security issues. Follow her on twitter @ProfBShaffer