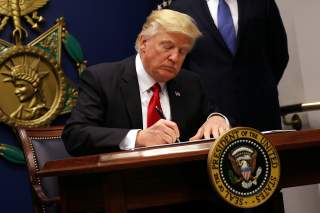 Sanctions can be a powerful tool for U.S. foreign policy goals, but only if the programs are carefully tailored to the economic circumstances of the target, offer a series of benefits over time in exchange for verifiable “good” behavior, and are viewed as credible by U.S. allies and partners.

Erroneous expectations of sanctions relief skewed the debate around the JCPOA when it was first agreed, and threatens to serve as the basis for a serious policy mistake for the United States in its Iran policy now. This policy mistake could in the future deprive U.S. policymakers of sanctions pressure, one of the best foreign policy tools at their disposal.

Bhatiya is a Research Associate and Saravalle is a Researcher for the Energy, Economics, and Security Program at the Center for a New American Security

Edoardo Saravalle is a Researcher at the Energy, Economics, & Security Program at the Center for a New American Security.