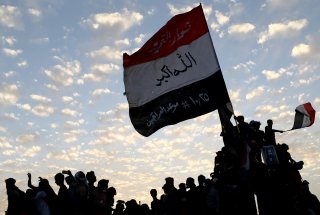 Prior to the 2003 Iraq war, most pundits placed their bets on Kirkuk becoming Iraq’s flashpoint: Kirkuk, after all, was not only a multi-ethnic and multi-sectarian city that had suffered waves of ethnic dislocation over the decades, but it was also rich in oil. The 2005 Iraqi constitution addressed the issue directly with Article 140, never implemented, which called for a referendum to address Kirkuk’s ultimate status.

Kirkuk has seen its share of tension, especially against the backdrop of Masrour Barzani’s 2017 independence referendum, but it has been Sinjar which has developed into the true flashpoint. Sinjar is a single chain of mountains that rises abruptly from the Iraqi plains east of Mosul and extends toward the Syrian border. Unlike other mountain chains in the region, the Sinjar mountains form only a single ridge and so it appears more like a sixty-mile-long island than part of a wider chain. Across the Middle East, ethnic, religious, and linguistic minorities have traditionally gravitated toward mountains for the sake of the protection such topography offered, and Sinjar was no exception. Whereas many Sunni Arab villagers farm the plains in the shadow of Mount Sinjar, the mountain itself is largely the domain of the Yazidi community.

While Yazidis lived in Sinjar, in the wake of the 2003 Iraq war, the region essentially became occupied territory as the Kurdistan Democratic Party (KDP) asserted its authority. Presence and popularity were never synonymous: Local Arabs resented KDP heavy-handedness, while the political machine the KDP imported in order to dispense patronage to party loyalists who were not from the area chafed local Yazidis and Kurds.

Still, as Yazidis began to recognize that Islamist insurgents were more organized than either the Iraqi or Kurdistan Regional governments acknowledged, they asked the KDP to reinforce the Peshmerga’s military presence. Barzani, who was then-Kurdish national security chief and is now regional prime minister, refused. Yazidis then asked for Barzani for weaponry so they might defend themselves. Again, Barzani refused. Finally, when the Islamic State attacked, Barzani’s Peshmerga simply fled and left the unarmed Yazidis to their fate: mass graves and sex slavery.

That legacy of KDP abandonment can neither be erased nor ignored. While Iraqi Kurdish government officials claim often claim credit for defeating the Islamic State and imply their sacrifice rights the mistakes of the past, the reality is the KDP Peshmerga left the bulk of that job to the largely Shi’ite militias who overwhelmed the Islamic State in Tikrit, Beiji, Ramadi, Fallujah, and much of Mosul. Kurdish groups affiliated with the Kurdistan Workers Party (PKK), meanwhile, liberated much of Sinjar. That may be an inconvenient truth for the KDP (and the Iraqi government) but for local Yazidis, it is a cold, hard fact. So, too, is the fact that when the Islamic State rampaged over Yazidi domains and threatened to march on to Erbil, KDP politicians scrambled to fly themselves and their families out of harm’s way while the PKK organized an underground railroad to help Yazidi girls and women escape.

In order to resolve disputes surrounding Sinjar, the State Department supported the United Nations Assistance Mission for Iraq’s efforts to broker an agreement over Sinjar between the Kurdistan Regional Government and the Iraqi government in Baghdad. “We hope the agreement announced October 9 will create conditions that foster the revival of Sinjar and the safe and voluntary return of those who were displaced by ISIS.  The interests of Sinjaris, particularly the victims of genocide, should remain at the heart of any plan to restore lasting peace and security,” a State Department statement declared.

That rhetoric is insultingly empty. Rather than respect local sentiment, the State Department has subordinated Yazidi concerns to the same powerful interests which precipitated Sinjar’s problems in the first place. Joey Hood, the principal deputy assistant secretary of State, for example, advocated for Turkey’s role in Sinjar’s future, a move that would empower Turkey while retroactively justifying its aggression and violations of Iraqi sovereignty.

It was in part a decision to appease Turkey that led to inclusion in the agreement of a clause that declared the PKK and its affiliates would have no role in the region. While the Iraqi government would be in its rights to demand any non-Iraqi leave Sinjar, to ban any Iraqi affiliate simply prioritizes outside interests above those of local residents. So, too, does the decision to appoint a twenty-five-hundred-member local security force “in direct coordination with the Kurdistan Regional Government.” For locals in Sinjar, to allow the KDP to shape Sinjar’s security forces would be akin to offering China veto power over Taiwanese army personnel or mandating Russia to approve any officer in the Polish army.

Hood and others might accept at face value the condemnation of PKK affiliates by both Ankara and Erbil but, at their root, such censure is dishonest: PKK affiliates took root in Sinjar first because the KDP fled, and then because the subsequent Democratic Autonomous Administration of Sinjar out-performed the KDP, Baghdad, and provisional administration in Mosul. Should KDP Peshmerga again seek to run Sinjar on behalf of Barzani and Turkish authorities, they will likely be viewed as occupiers and further instability.

What worries Erbil, Ankara, and perhaps pro-Turkey elements within the State Department is that what has happened in Sinjar won’t stay in Sinjar. Baghdad’s inefficiency, corruption in Iraqi Kurdistan, Prime Minister Barzani’s inept leadership, and the collapse of reformist alternatives in Sulaymani have breathed new life into PKK offshoots simply because they eschew tribalism and corruption. Turkey may insist such groups are terrorists but, in reality, they have shown themselves to be more efficient, progressive, and responsive to local desires. What the State Department likewise misses is that PKK founder Abdullah Öcalan’s philosophy extends far beyond the PKK itself and has found broad resonance in Kurdish societies in Syria, Iraq, and Iran.

Herein lies the greater problem: So long as U.S. policy carries water for President Recep Erdoğan in Turkey and Barzani in Iraqi Kurdistan, then it will retard efforts to win accountability and the stability which good governance can bring. If Secretary of State Mike Pompeo’s Iraq team instead stood up for Yazidis and told both the KDP and the Iraqi central government that the best way to beat back local PKK affiliates would be to root out corruption, end nepotism, reform themselves, and outperform competitors, then they might create the basis for security and prosperity not only in Sinjar but also across Iraqi Kurdistan and the Nineveh Plains. It is time to focus on the future rather than demand Iraqis return to the status quo ante and it is time to recognize that the moral failings of U.S. efforts to undermine the Sinjar administration are no different than President Donald Trump and Special Envoy James Jeffrey’s efforts to undermine Kurdish autonomy in Syria, a decision for which the United States is still paying the price in terms of renewed insurgency and empowered rivals.