The Ironic Death of Orientalism 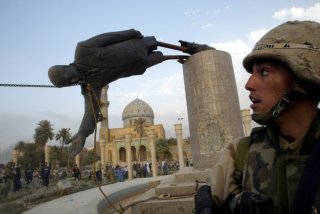 FORTY YEARS ago, Princeton University historian of the Near East Bernard Lewis and Columbia University professor of literature Edward W. Said assailed each other in the New York Review of Books. The subject was Said’s book, Orientalism, published four years earlier in 1978, which had become an academic sensation. In decrying what he considered the surreptitious imperialist motivations of Western writers and experts on the Near East, Said with just one book arguably did more than anyone else to invent the field of postcolonial studies. Lewis eviscerated Said’s book at great length, demonstrating, in the process, his own formidable knowledge in several Near Eastern languages and traditions. This prompted Said to respond with equal venom, again at great length, playing the role of the suave rebel who had invaded the house of the almighty savants. It was a case of the historian-expert armed with the corpus of source material versus the English professor who grasped the literary implications of it all, and thus the effect on people’s political imaginations.

The antagonists are now dead. Lewis, a British-born Jew, chose burial in the historic Trumpeldor Cemetery in Tel Aviv. Said, who identified as an exiled Palestinian, elected to have his ashes interred at a Protestant cemetery near Beirut. Clearly, here were two Americans whose deepest sympathies lay elsewhere. Each was brilliant beyond words, and as the Israeli-Palestinian dispute lay deep in their psyches as the bedrock of their disagreement, it allowed for the presentation of two quite different scholarly approaches and worldviews. In fact, their duel of four decades ago wears very well. This battle royale radiates a timeless quality, especially given how events have turned out in the Near East and how globalization has altered journalism and the foreign policy community.

THE DRAMA begins with Said’s book.

Employing nineteenth-century French painter Jean-Leon Gerome’s glittering orientalist fantasy of a nude snake charmer in the East as the book’s cover, Said’s work immediately electrifies with both condemnation and exotica even before the reader encounters the first word. Said defines orientalism as nothing less than “the Western approach to the Orient” in its entirety, and because orientalism constituted the systematic study of the Orient, it also involved a province of “dreams, images, and vocabulary” that the West practically inhaled in order to come to terms with this seemingly hostile, “Other” world. Because this “Other” world was so different and outwardly opposite to that of European civilization, Europeans, Said claimed, used the Orient as a vehicle to define themselves by what they were against: a geography close-by and yet fantastically threatening. Said circumscribes the branch of orientalism with which he is especially concerned to mean the British and French imperialist encounter with the Near East: that part of the East that is geographically nearest to Europe, and thus the part which exercised the most elaborate effect on Europe’s political and intellectual imagination. Because the Near East (more-or-less interchangeable with the Middle East) is mainly Arab and Islamic, Orientalism is a book focused primarily on how Western imperialism succeeded in distorting the study and interpretation of Arab culture and politics.

Europe, Said alleges, is the “genuine creator” of the Near East as it has been imagined by scholars, journalists, and policymakers for centuries. For it was the blunt and violent fact of empire that facilitated the study and travels of generations of British and French scholars, who, whether they admitted it or not—whether they were aware of it or not—were directly or indirectly imperial agents. Said’s indictment includes Richard Francis Burton, T.E. Lawrence, D.G. Hogarth, Harry St. John Philby, Gertrude Bell, Hamilton A.R. Gibb, and many others stretching deep into the modern era, as well as novelists and travel writers, to say nothing of the Arabists and national-security experts who have regularly delivered expertise on the Near East from their perches in London, Paris, and Washington. And this expertise, as Said explains, was based on the Middle East of their imaginations; not on what it was in fact.

These mandarins “bandied about” cliches and generalizations concerning Arab Muslims that “no one would risk in talking about blacks or Jews.” This is how, for example, the myth of the so-called “Arab mind” took root. From imperialism to determinism and essentialism there was a straight line that poisoned everything from travel writing to scholarship to area studies to foreign policy. In short, military and economic dominance had delivered cultural stereotypes.

Keep in mind that the literary vehicle for this whole argument is an elegant and sumptuous tour de force of well over 300 pages that takes no prisoners and takes one’s breath away. Lewis is singled out by Said for particular obloquy. He was someone respected by the Anglo-American establishment as the “learned Orientalist,” and whose writings are “steeped in the ‘authority’ of the field,” yet who, Said wrote, became “aggressively ideological” later in life, writing “propaganda against his subject material.” Said wrote this in the mid-1970s, long before the Iraq War would tarnish Lewis’ reputation as a proponent of removing Saddam Hussein, and still decades before globalization would produce a whole new class of scholars from around the world, including from the Middle East itself, able to analyze their own societies, and for whom cultural generalizations constituted an abomination.

LEWIS’ COUNTERATTACK appeared in the June 24, 1982, edition of The New York Review of Books, four years after the publication of Orientalism. The fact that he did not reply much sooner was possibly due to the fact that the relentless success of the book at some point simply made it impossible for him to ignore. Lewis’ response certainly reads with the tight organization that betrays maturation and slow, meticulous writing.

Lewis begins with a rich description of the European classicists who translated and interpreted the work of the ancient Greek tragedians and historians, preserving the origins of the Western tradition in Greece in all its glory and brilliance. Lewis then pivots:

The time has come to save Greece from the classicists and bring the whole pernicious tradition of classical scholarship to an end. Only Greeks are truly able to teach and write on Greek history and culture from remote antiquity to the present day.

The only non-Greeks who should be permitted to join this great endeavor, Lewis continues in jest, would be those who demonstrated pro-Greek sentiments, such as support for the Greek cause in Cyprus or ill will toward the Turks. Lewis thus undermines the whole edifice of Orientalism as an absurdity, since what it amounts to is that only Arabs and other oppressed people are qualified to write about their own cultures. “The implication would seem to be,” Lewis argues, “that by learning Arabic, Englishmen and Frenchmen were committing some kind of offense.” Said, in Lewis’ words, misrepresents “what scholars do and what scholarship is about.” In fact, “orientalist,” as a professional term, Lewis goes on, was long ago discarded by the very people Said attacks, as modern historians and academically trained specialists have long since taken over the field. Orientalism survives only in Said’s mind as a term of “polemical abuse,” Lewis writes. As for the crimes of orientalism, Lewis quotes Said on how Western scholars “appropriate” and “ransack” the intellectual and aesthetic riches of the Middle East, as if those things were, Lewis writes, “commodities which exist in finite quantities.” In fact, nothing has been stolen or “appropriated” since such intellectual and other riches exist for endless interpretation by whomever wants to undertake it.

Citing Said’s attacks on Zionists and Marxists as rank orientalists, Lewis attacks Said for politicizing scholarship. This is in the course of, at least according to Lewis, Said’s hole-ridden, arbitrary account of academic orientalist literature. Lewis notes that Said maligns the nineteenth-century English scholar Edward Lane for a book on modern Egyptians, even though Lane’s book was a minor effort compared to his lifework: a multivolume Arabic-English lexicon, which represented a stupendous and landmark achievement. Said, though, “has nothing to say,” about it. It goes on like this, with Lewis painstakingly deconstructing Said’s source material. In fact, Said may have misfired in singling out Lewis for special treatment in Orientalism. As Martin Kramer, an Israeli-American academic and Lewis protégé, notes: Lewis’ “sheer longevity”—his first book was published in 1940, he was eighty-five on 9/11, and he died in 2018 at 101—makes it problematic for anyone, even Said, to capture the full extent of Lewis’ expertise and viewpoints. For example, as a young don in Great Britain, Lewis “criticized his Orientalist forebears for their insularity and called for ‘the integration of the history of Islam into the study of the general history of humanity.’” Lewis, to put it mildly, felt Said had badly distorted his views.

IN THE August 12, 1982, issue of The New York Review of Books, Said fired back. “Lewis’s verbosity scarcely conceals both the ideological underpinnings of his position and his extraordinary capacity for getting everything wrong. Of course, these are familiar attributes of the Orientalists’ breed…” For Lewis, Said claims, orientalism is “barony violated by a crude trespasser.” It is normal in the concluding stages of a public dispute among intellectuals for the debate to descend into insults and trivia. But Said scores some important points. He rejects Lewis’ comparison between orientalism and classical Greek studies, because the latter constitutes true “philology” and thus is much more rigorous as a scholarly field. In any case, Greek classical studies are further removed from the tradition of empire than is orientalism. (The translation of Greek plays into English and French thus has little to do with imperialism.) Said also draws a link between orientalist scholarship and the foggy, romantic writings of European novelists, poets, journalists, and politicians about Islam, noting the migration of prejudice from one field of knowledge to the next. Said’s ultimate point is that contemporary orientalism of the kind represented by Lewis “is a discourse of power”—of one civilization dominating another—that thoughtful Arabs and Muslims now reject. Lewis got the final word: “It is difficult to argue with a scream of rage” composed of “sneer and smear, bluster and innuendo.” Whereas Said in the acknowledgments section of Orientalism thanks the hard Leftist intellectual Noam Chomsky for help with the book, Lewis would later achieve popularity among American conservatives and neoconservatives such as Dick Cheney and Paul Wolfowitz. Mapping out the social and professional connections of the two men offers a reminder that they emerged from two radically different and estranged intellectual worlds—and this was decades before the Iraq War, which did not so much create these divisions as expose them to a much wider audience.